Kota The Friend has delivered another short and sweet clip to satisfy supporters, and this is a format his fanbase has grown to love. His latest offering “Pomegranate” is a laid back tune with an equally chill visual to match. On the song, he sets the scene and gets introspective:

I’m on a balcony readin’ a novel, I take the best advice from both the Quran and the Bible/ My wife bad, more beautiful than your favorite model. Don’t believe in idols, I think you find the answers inside you/ I used to think the biggest thing in life was getting money. Rumble in my tummy, I guess that’s how it seem when you hungry 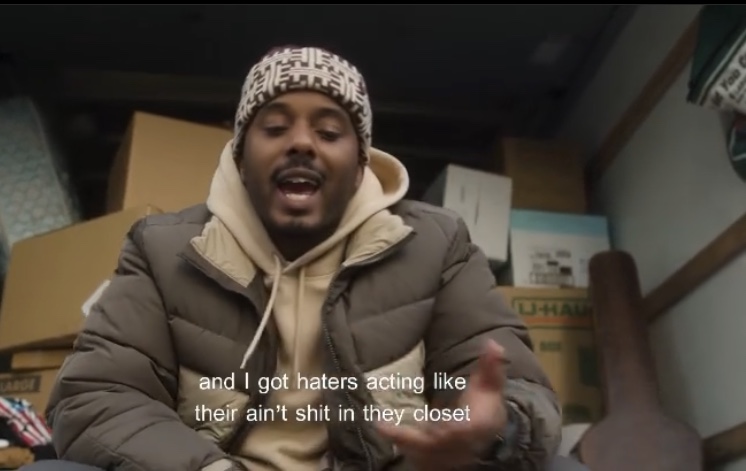 Last month, Kota The Friend tweeted, “I get to make music for a living so ima thank the universe by making a lot of it,” and he has surely kept his promise. In the first quarter of 2021, he has already dropped off two complete projects, the aforementioned Lyrics to Go, Vol. 2 and shortly after he teamed up with Statik Selektah and shared the freshly released To Kill A Sunrise.

His last full-length effort prior to that was 2020’s Everything. Equipped with twelve records in total, Kota joined forces with Bas, Joey Bada$$, Kyle and even his son, Lil Kota and more, who are featured guests on the project. He also kicked off 2020 with his featureless project Lyrics to Go, Vol 1.

In an interview from earlier this year, Kota the Friend opened up about the headspace he was in while recording his album:

“I was in a tough spot the whole time. Mentally, it was a struggle to make time for my son and my girl. Everybody around me was going through so much. I moved into an apartment where it was already furnished, so I was thrown into a new situation where I wasn’t able to choose what my surroundings were. Everything was happening to me. I wanted to make an album that was manifesting good things—manifesting what I want for my future.”

Be sure to check out Kota The Friend’s brand new visual for “Pomegranate” down below.