Andra Day has gifted fans with a brand new single and paired the song with an intimate new visual to go along with it. The freshly released “Phone Down” features a groovy beat by Anderson .Paak. The visual cleverly opens up from the first-person perspective of Andra answering a FaceTime call, then continues on into various scenes of her life as she delivers her first verse:

Now you know I’m not playin’ with you ’cause you’ve become a part of me/ I’m so locked in, nothing can pull me out. Our love’s a mine so full of gems that our value won’t go down, it lingers in your mind/

Memories of our souls intertwined, and we gon’ build a future, with passion/ But I’m at two percent. Wassup? Wassup? Oh, you could feel it/ Pull up, pull up ‘cause you know that I’m already on/ Ain’t nothing coming between, link is so powerful, until the power goes 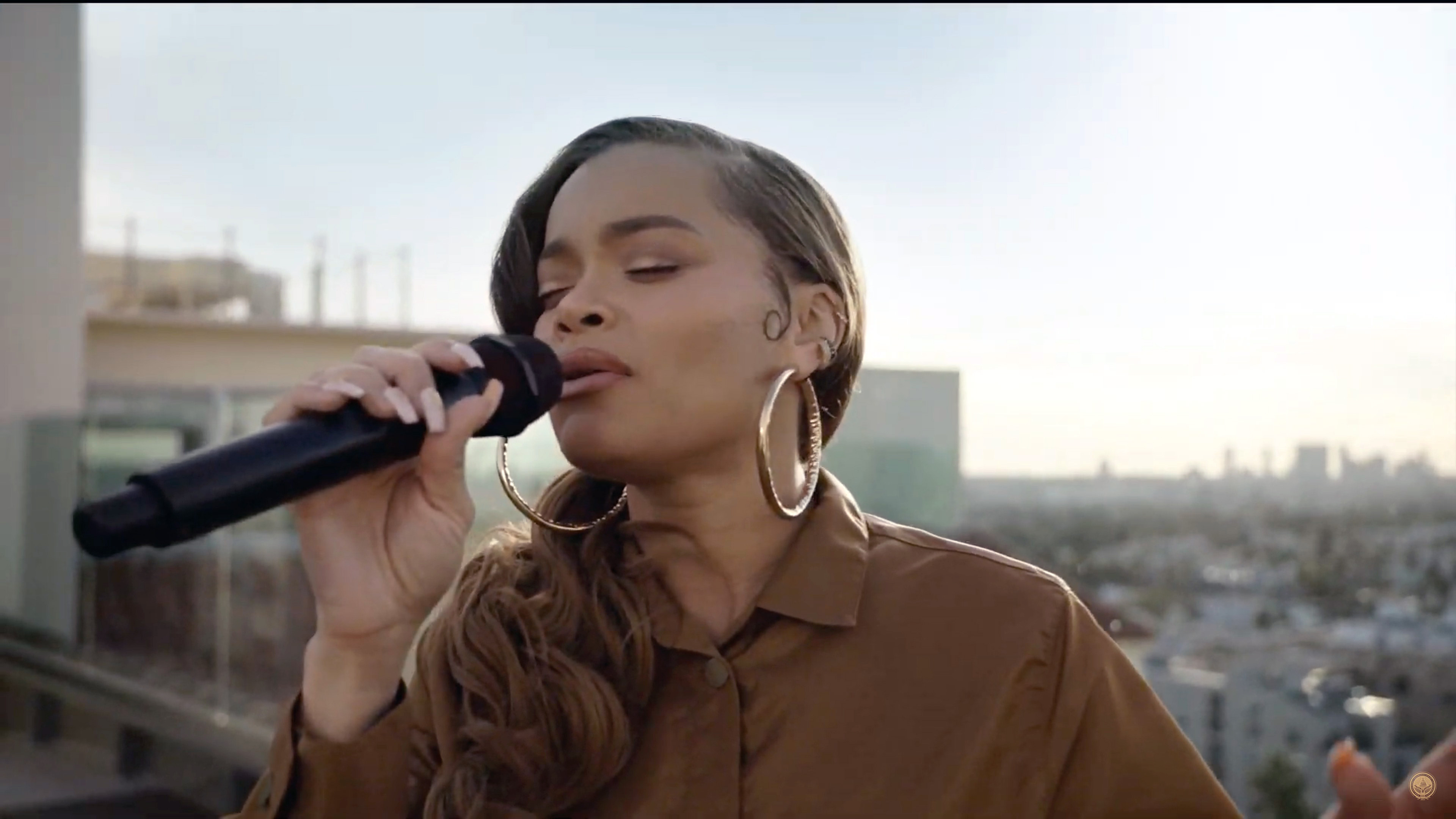 Andra continues to croon over the smooth Anderson .Paak-produced beat as the viewers are given a glimpse into her life. The range of clips in the video includes her chilling in the comfort of her own bed, mirror videos, and scenes of her enjoying her pre-live-show setting.

Before releasing “Phone Dies,” Andra made her feature-acting debut in Lee Daniels’ The United States vs. Billie Holiday. Her critically acclaimed performance as Holiday won the Golden Globe for “Best Actress in a Motion Picture, Drama” and received a coveted “Best Actress” nomination at the Oscars. For the soundtrack, Andra recorded soul-stirring covers of Holiday’s classics, like “Strange Fruit” and “Lady Sings the Blues,” and the Golden Globe-nominated original, “Tigress & Tweed,” a stormy, piano-driven ballad co-written with neo-soul pioneer Raphael Saadiq.

Be sure to watch Andra Day’s brand new music video for “Phone Dies” down below.