The Texan artist makes a big return with the D1 Hooker-produced cut.

After what seemed like a small hiatus, E Bleu is back with some new tunes for his fans to enjoy. Titled “3am,” the track sees production from D1 Hooker and — as he explains via press release — is a melodic example of E Blue’s life after hours:

“I’ve always been a night owl. The energy at night is just different to me. I remember being in an Uber on the way home just mentally re-capping the night and feeling like it’s somehow a pattern I fall into every night. I got home and recorded it in like 15 min on my kitchen counter at 3AM.”

Griff Tyler links up with G Perico for “Wassup” video

“3am” follows last year’s singles “Action” and “Sit Right” with Kap G. Initially, E Bleu’s career took flight with the help of Brockhampton front man Kevin Abstract — he would later liberate his official debut single “Me Time,” a K3yboarrdkid-produced cut that sees him keeping its real about what he’s looking for in regards to a love interest:

“I just need a bitch that don’t need time, fuck with someone else in the meantime, call her when I’m home, and it be fine, ain’t gon’ call my phone when it’s me time, I swear with her it ain’t about the money, ain’t gave her shit and she still give it to me/” 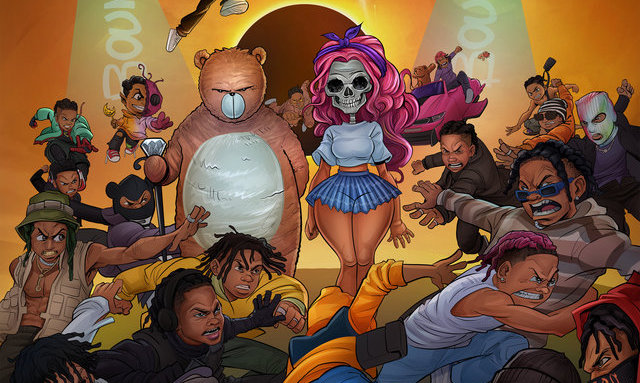 Thanks to its success, “Me Time” eventually saw an equally dope remix that featured new contributions from Eric Bellinger and 24hrs, both of whom added to the vibe of the infectious cut effortlessly. Add in other notable cuts of “Good Luv” and “Formula,” and it’s clear that, not only is E Bleu pretty flawless in regards to catchy, dance-ready songs, it’s also hopeful that a full-length LP featuring his genre-bending style lies somewhere on the horizon.

In the meantime, you can check out “3am” below.