The original single was dropped back in December.

Tampa rapper LaTheGoat has tapped fellow Floridian Rick Ross and Jermaine Dupri for the official remix of his “8 Bands” track. The song was originally released back in December and now has a brand new verse from the Boss along with an official music video. LaTheGoat takes care of the first verse before Rick Ross joins him later on in the track:

Hangin’ out the window with that toolie, tryna bust it. Only call her when I’m off the Perc, I make her suck it. Doubled up the profit, now I’m finally makin’ money. If you keep some Gotti, your trap gon’ jump just like a bunny./ I don’t give a fuck about a n***a talkin’ crazy. ’Cause if he gotta say it to my face, he ain’t gon’ say it. Had the chance to shoot me in my face but he ain’t take it. Take a n***a ho and give her back ‘cause she was basic./ Cutters in the car, the clip a Nutty Buddy bar. 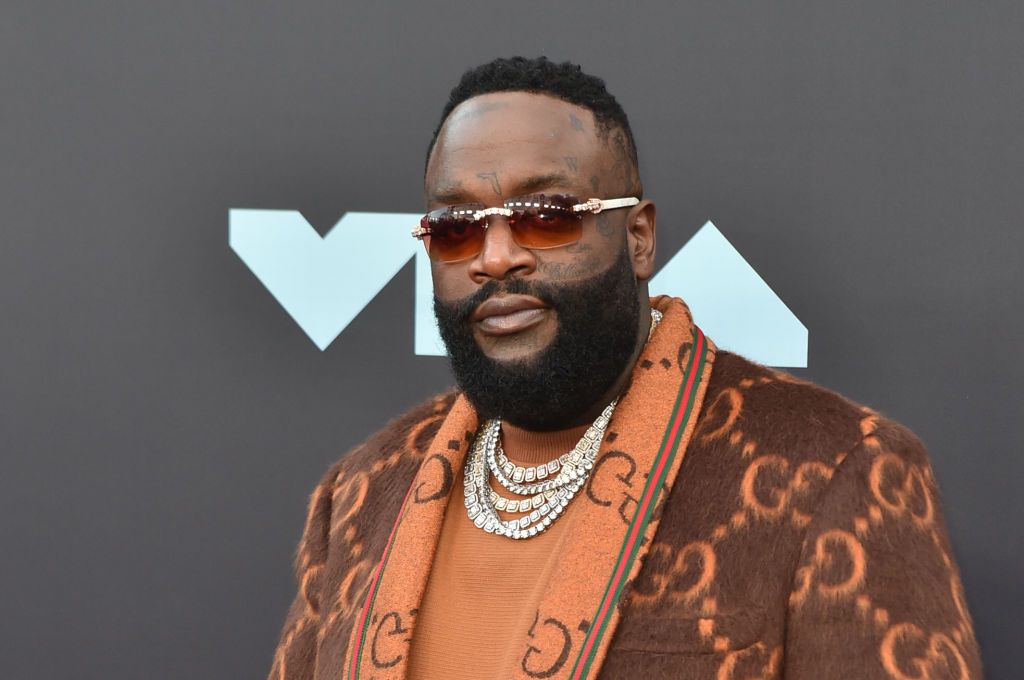 In 2020, LaTheGoat released his Goatmode album, a 9-track project that included features from names like Lil Duke and Laniyah West. A few months later he added on six more tracks unleashed the deluxe version of the project. In a recent sit-down, Jermaine Dupri spoke about his decision to bring LaTheGoat onto his label. “I thought the ‘8 Bands’ track was already out, and was gone, and he was just a new artist out here grabbing people’s beats and rapping over them,” he said about how he was genuinely won over. “So then once I listened to that ‘8 Bands’, I’m like, ‘This shit is staying in my head’... so it was purely off of his talent.”

Be sure to watch LaTheGoat’s new video for “8 Bands (Remix)” featuring Rick Ross down below.