Calboy imagines “If Heaven Had A Phone” in new video

The single may or may not appear on Calboy’s forthcoming debut LP ‘Redemption.’

This year, Calboy has released a string of top tier singles, all of which are presumed preparing us for the release of his debut LP Redemption — including “Miseducation” with Lil Wayne, “Ten Toes Down,” “Round Here,” “Jungle Juice,” and “She Knows.” Last week, the Chicago emcee dropped off another track titled “If Heaven Had A Phone,” a Shoki and Vader-produced effort that sees him rapping about fallen homies and loved ones he’d reconnect with if he had that ability: 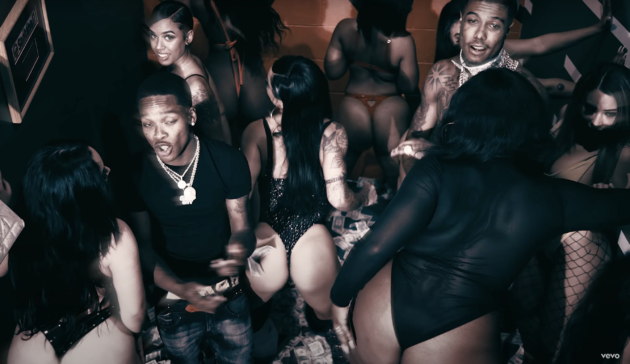 Directed by Ben Griffin, the accompanying clip for “If Heaven Had A Phone” shows Calboy performing the heartfelt cut in a church filled with neon lights. There’s even a scene with the Wildboy rapper sitting at a throne while donning a neon halo.

Last year was a huge one for Calboy, beginning with his well-received EP Calboy Long Live The Kings. Initially, that project came with six songs with additional contributions from Lil Tjay, Lil Baby, and G Herbo — some months after its original release, he would then upgrade Long Live The Kings with a deluxe edition, adding on six extra songs and collaborations alongside Polo G, Fivio Foreign, Yo Gotti, and the late King Von. Calboy also received a wealth of additional exposure thanks to XXL, who included him alongside the likes of Latto, Baby Keem, Jack Harlow, Lil Keed, and a few of the aforementioned as part of their 2020 Freshman class.

Press play on “If Heaven Had A Phone” below.