The song is a follow up to ‘Bigger Than Life Or Death.’

Today (Nov. 19), Louisville star EST Gee returns with a stylish single and video “Lamborghini Geeski.” The new track follows the Kentucky artist’s label debut mixtape, Bigger Than Life Or Death. The visual finds EST Gee rolling around a city at night, surrounded by a rainbow’s worth of Lamborghinis that get washed with champagne as he gets his bars off:

Rappers be friendly in they cities tryna tap in with me, I pull that switch out like his pop’s n***as keep acting silly/ Take care of my n***as, I give cash and tracks to 3-4 members, salute the real ones, said fuck sucka shit and stood on business 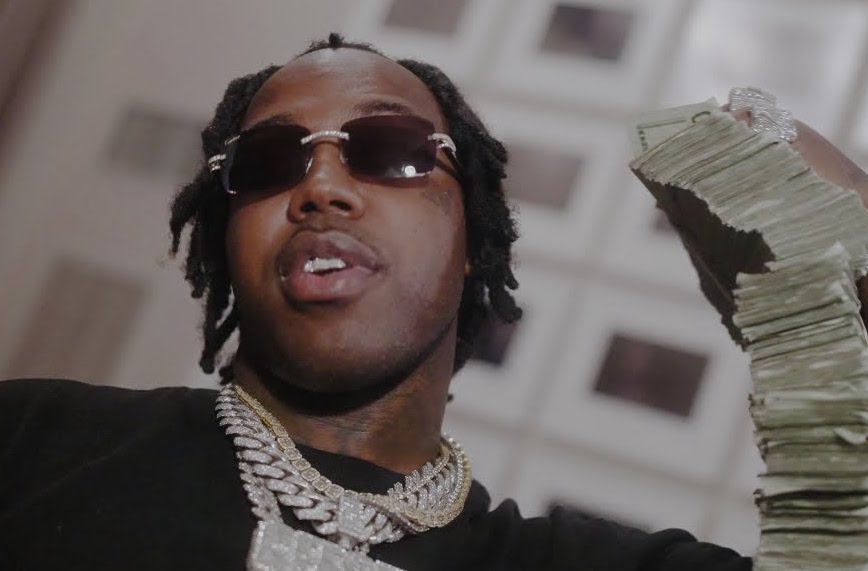 Gee recently secured his first Top 10 appearance on the Billboard 200 chart with July’s Bigger Than Life Or Death, released via CMG/Warlike/Interscope Records, peaking at No. 7. The project has already gathered over 281 million streams globally and Gee continues to average over 3 million monthly listeners on Spotify. Bigger Than Life or Death was jam-packed with illustrious guests, including Lil Baby, Future, Yo Gotti, Young Thug, Lil Durk, 42 Dugg, Rylo Rodriguez, and Pooh Shiesty.

The new offering follows a slew of visuals from Bigger Than Life Or Death for standout cuts like “Lick Back,” “Capitol 1,” “Price Tag,” “Riata Dada,” “5500 Degrees,” “In Town,” and the title track. Outside of his own work, EST Gee has also kept busy as a hot commodity in his own right, contributing show-stealing verses on songs like OMB Bloodbath’s “Not Gang,” Jack Harlow’s “Route 66,” Lil Baby’s “Real As It Gets,” G-Eazy’s “At Will,” 42 Dugg’s “Rose Gold,” and Tory Lanez’s “Tuh.” He also most recently linked up with Moneybagg Yo and Lil Durk for the “Switches and Dracs” visual.

Be sure to press play on “Lamborghini Geeski” by EST Gee down below.