The tracks appear on ‘The Life of Pi’erre 5.’

Back in June, Pi’erre Bourne closed out the successful run with the fifth installment of his The Life Of Pi’erre series. He birthed the series years ago in 2016 while still producing heavily for other artists. The album boasts appearances from Lil Uzi Vert, Playboi Carti, and Sharc. He has dropped off a plethora of accompanying visuals for fans to enjoy, including stand-outs like “Groceries,” “4U,” and “Juice.”

Today (Nov. 16), he treats fans once again with a double visual as he drops off the clip for “Couch / Drunk and Nasty.” The vibrant visual directed by long-time collaborator Hidji Films, with the help of SossHouse, shows Pi’erre alternating between worlds that help illustrate both tracks. The short film opens up with Pi’erre being asked how he got to where he is today, and then the question quickly leads into “Couch” and frame-by-frame each lyric comes to life as he raps about how long he’s come while showcasing his friends and family: 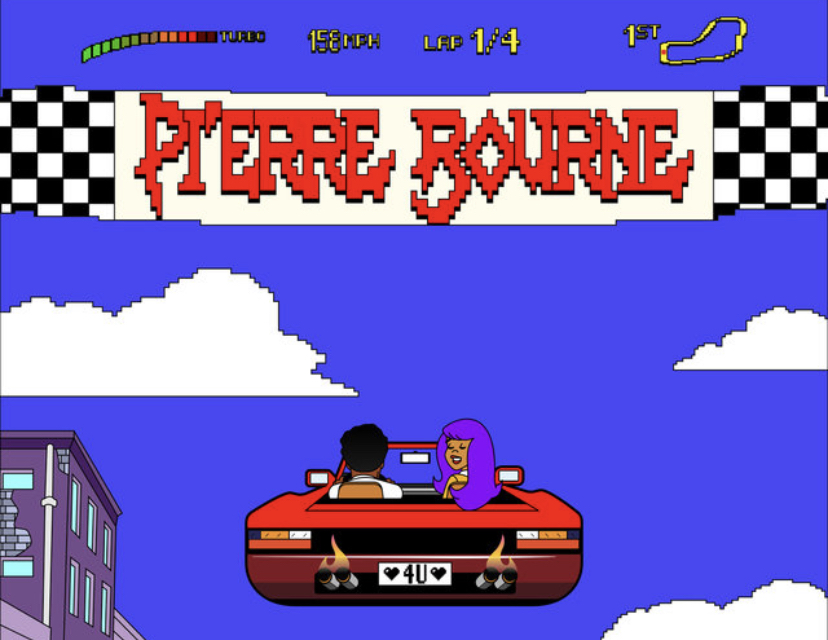 I remember sleeping on my brother couch, yeah, with a couple thou’/ Now look at me now, we don’t even be speaking no more, stack that paper like fill-out form, yeah, know/ I’ll just be fine/ Pray to God, he takes his time, but name a nigga who be on time

You a fan, so you fantasize, Juwanna Mann, y’all n***a be lying/ Hood legend, my city be wilding I’m in the trenches, I’m on the benches/ With the family, it’s extended, New York Yankees, how I fitted/

Pi’erre is currently on the road across the country on “The Life Of Pi’erre 5 Tour,” performing to an entirely sold out set of shows coast-to-coast before wrapping up at Rolling Loud California. Be sure to press play on the music video for “Couch / Drunk and Nasty” featuring Sharc down below.