The song is a follow up to his “Oh No” single.

BRS Kash is back with another club-ready track. His latest offering “I’m Hot” features Chi Chi and Nick Papz and arrives accompanied by a brand new music video that finds the viral star in the desert heat. On the track, Kash gets explicit as usual and also includes a couple subtle flexes:

Play with her pussy, she tell me she love me, when we out in public, can’t tell that we fuckin’/ If you askin’ questions, she ain’t gon’ say nothin’ got Nina on me, so you know that I’m thuggin’/ Double C, high fashion (Ooh-wee) No flashlight, my diamonds dancin’ (Yeah)

Wine and dine, might be romantic (Yeah) hop inside, she gon’ lose her panties, uh/ Top slide off when I pull off, I’ma take your ho from you (Ooh-wee) uh, astronaut, this Baccarat make ‘em smell me in the room (Yeah)/ Chasin’ my dream, chasin’ my dream when my mind can’t fathom/ I just went gold, fucked around and went platinum 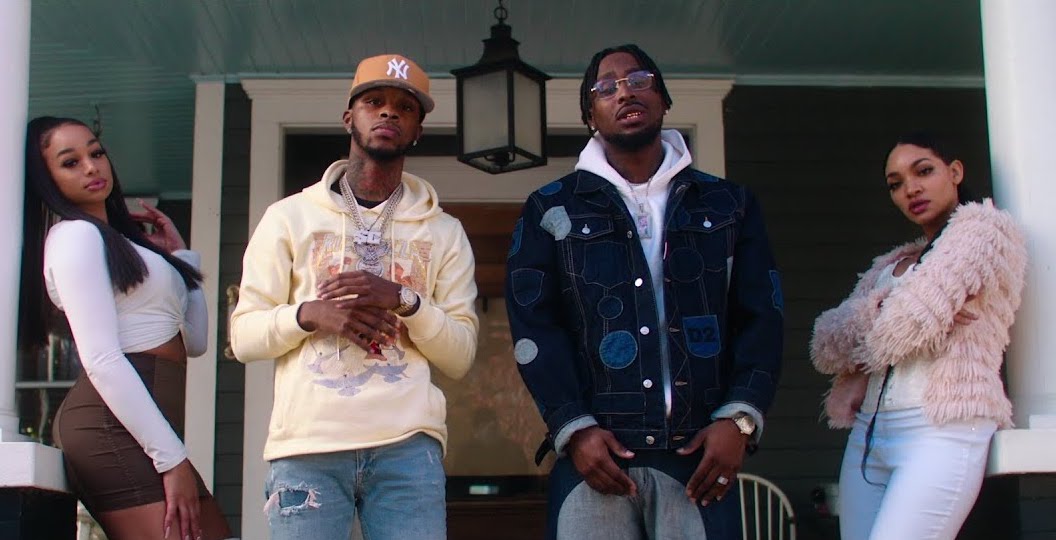 To kick the video off, viewers are first met with a quote to set the tone. “A year after releasing ‘Throat Baby’ and making millions, BRS Kash has been on a constant quest around the globe to meet the hottest women,” the message reads. “In a life of constant partying and outside activities, his latest adventure leaves him hungover in the driest place on earth, but his search must continue.”

“I’m Hot” follows Kash’s latest single, “Oh No,” which was originally featured in the trailer for Madden 22, and is exclusive to the Madden 22 Soundtrack. “Oh No” was the first offering from Kash since his January debut mixtape Kash Only. The 12-track project features collaborations with DaBaby, City Girls, and Mulatto as well as the viral, Platinum-selling single, “Throat Baby (Go Baby),” which helped turn the Atlanta rapper into a worldwide star.

Be sure to press play on BRS Kash’s brand new music video “I’m Hot” featuring Chi Chi and Nick Papz down below.