The “Whole Lotta Money” rapper spins the block with some new jams.

In recent times, BIA has been on the up and up with the music and her buzz is only going to increase over time. Currently thriving in her high from her hit single “Whole Lotta Money”, BIA is proving to everyone that she has what it takes to be a star and she doesn’t plan to slow down any time soon. To make matters even better, she played a smart chess move by getting the living legend Nicki Minaj to join her for the remix, which ultimately pushed BIA’s name and the record to greater heights. To keep her momentum going, BIA returns to drop off the deluxe version of her For Certain project and she couldn’t have picked a better time for the extra attention.

Give them what they want

Artists dropping deluxe projects has been a thing for some time now, but since the rise of the COVID pandemic last year, we saw those numbers increase through the roof while the world was shut down and all festivals/concerts were cancelled. This ultimately stopped the bag for a bunch of artists across the globe so the smartest thing to do was drop extended versions of their albums to increase streams. With the world back open, BIA took the opportunity to make For Certain do even more numbers, while giving us more heat to vibe to. 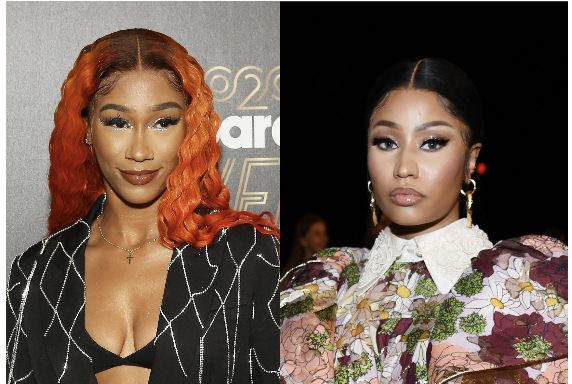 During a recent chat with XXL, BIA spoke on manifestation and how it tied into her career: “I’ve manifested my whole career. Even everything that I want, I’ve sat down and talked myself through it way before I had it. It’s definitely a mind thing. Even when it comes to ‘Whole Lotta Money,’ because even when I wrote the majority of that song, it’s relatable to people who don’t have a whole lot of money, but it makes people feel like, You know, I’ma go get some money. So, that’s all it is. I wanted that to feel like manifestation”

Tap into For Certain deluxe now!