The track is set to appear on his forthcoming ‘How We Intended’ album.

It’s been a few months since Marlon Craft shared his last solo project, but he’s already gearing up to treat fans to new music once again. His latest offering is his new “At The Door” track, which is set to appear on his forthcoming project How We Intended. The body of work will make landfall next month, but while fans wait, Craft shares a new verse in the meantime:

Waitin’ for my train of thought to leave Manhattan. It’s been in the tunnel, I’m tryna see the sun. Been through a lot of hard times tryna believe in actions, but not one ever felt like time for me to run. And I’m addicted to dopamine, and hopes and dreams, and folks I’ve seen. But feel like I speak a different language than everyone round me, word to Portuguese. They be like “Damn, bruh’s ill.” And I appreciate the kudos. Shit ain’t all sweet, gotta appreciate the glucose. 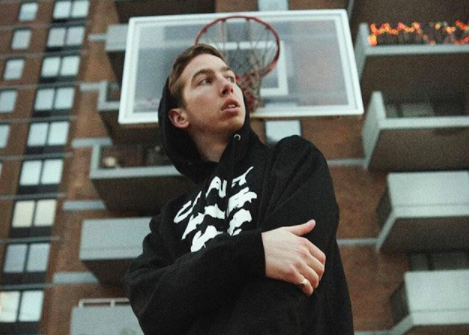 In June, we saw the release of Work From Home, a project created by Craft during the still-active Coronavirus pandemic that consisted of nine tracks and features from Kota The Friend and Ricky Motion. The EP also signaled a series of quarantine-styled visuals for cuts like “Mom’s Whiskey,” “Drowntime,” and “Lonely.” In 2020, he dropped off a few singles including “Wherever,” “Lot To Give,” “Hoodie Weather,” and “Grateful.” Prior to that, Craft released his debut album Funhouse Mirror in 2019 via Same Plate/Sony, which saw him rapping alongside Dizzy Wright, Nyck Caution, and more.

More recently, Marlon Craft shared his “Time Will Tell” song back in September. It came paired with a visual courtesy of Nathan R. Smith and centers on a park where there are different versions of levitating monuments — each one representing some form of demonstration for the Black Lives Matter movement.

Be sure to press play on Marlon Craft’s new “At The Door” track down below.