The track is expected to appear on his forthcoming ‘Blank Checc’ project.

Yella Beezy has just released a raunchy new track today, “Is You F*ckin” featuring production from fellow Dallas-native and longtime collaborator, Lil Mister. The track a taste of what Beezy’s been cooking up as he plans to release even more music this year leading into his upcoming album, Blank Checc. On the new song, Beezy goes in with no filter: 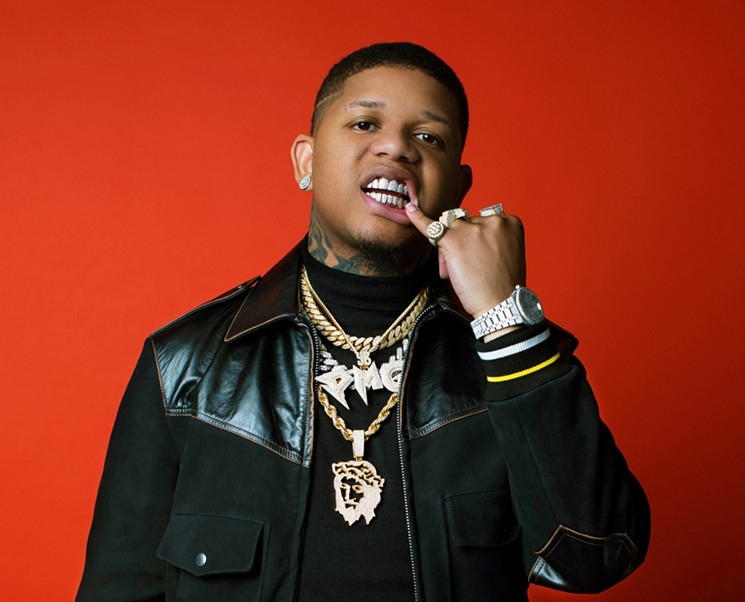 Most recently, Beezy tapped in with K Camp for Camp’s new “Birthday” track and video. In 2020, he released three singles which have all gone onto gain a healthy amount of traction in terms of streams. These included “Headlocc” featuring Young Thug, “Solid” featuring 42 Dugg and “On Fleek” featuring Gunna.

Back in May, Yella Beezy dropped off his joint project with Trapboy Freddy titled “I’m My Brother’s Keeper.” The 12-track project included features from Jose Bodega and LaChyna. Prior to that was 2019’s Baccend Beezy, which saw some big features from names like Chris Brown, Too $hort, Young Thug, and K. Michelle. He was also a part of a fan favorite hit, Rubi Rose’s “Hit Yo Dance” featuring NLE Choppa.

In a previous sit-down with REVOLT, Yella Beezy delved into what he wants his legacy to be:

Whatever the route is, I have to take it and do it. No disrespect, I’m saying that’s a legacy. You’re born in the ‘50s or ‘60s, you’re the world’s biggest pop star ever. You die and 10 years later, you still have little kids knowing who you are. Trying to moonwalk still. You’re forever talked about, that’s a real legacy. I’m trying to be to music what Michael Jackson was to music. What the Michael Jordans are to basketball. What the Mayweathers and the Mike Tysons are to boxing.

Be sure to tune into Yella Beezy’s brand new “Is You Fuckin’?” track down below.