The Atlanta-based collective shares their newest body of work.

Spillage Village’s highly anticipated new Spilligion project is finally out today. and the new album features an array of guest artists including Chance the Rapper, Lucky Daye, Ari Lennox, and Masego. The running theme of Spilligion entails bars, visuals, and songs that reference religious texts and scriptures as Spillage Village share their reflections about everything happening right now. Leading up to the album’s release, they previously released singles “Baptize,” “Hapi” and “End of Daze.”

Barry Hefner (management for Earthgang and J.I.D), took to Twitter to share some words about what the new Spillage Village album means and the message they hope to convey. “Spilligion is our album about unity and peace, understand the meaning,” he writes. “We all one under God. We all bleed the same blood. No more division because ‘It takes a village.”” 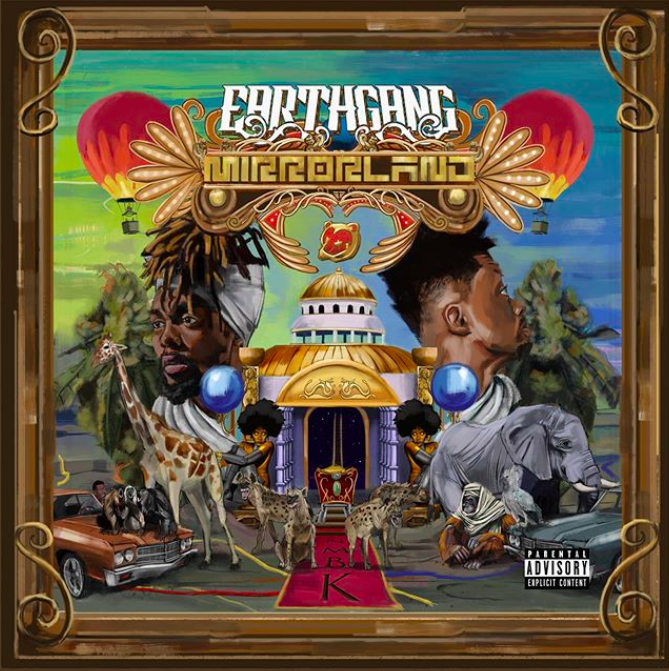 In a recent interview, Olu explained the contrast between the Dreamville sessions and the making of this new album, which was made in a similar yet different spirit considering the artists were quarantined together for some time in Atlanta. However, Spillage Village lived together in a house for two months to create Spilligion, in contrast to the Dreamville sessions which lasted a few days.

“In the Revenge of the Dreamers sessions, there was a little downtime, but most of it was with the goal of making music in mind. Some days when we were working on Spilligion, there were days where we would just have a bonfire, sit outside, and make s’mores.”

Listen to the new Spillage Village album below!