The 22 year old is back in action.

After teasing his fans with videos and brief previews of new music, Jaden Smith finally drops off the follow-up to his 2019 album Erys. Named after his Cool Tape mixtape series, which started in 2012 with The Cool Cafe: Cool Tape Vol. 1, Jaden’s new album CTV3: Cool Tape Volume 3 is pretty solid as it feature appearances from the likes of Justin Bieber and Raury.

Detailed through Billboard, the new project promises a new aesthetic from Jaden, who is rocking a more colorful look on the album cover. Released through MSFTS MUSIC/Roc Nation, Jaden has finally released his new LP.

Tomorrow At 9pm My Time You’ll All Have The Ability To Know More About Me And That’s Scary. #CTV3

Serving as his third studio album, Cool Tape Vol. 3 is in its own league. With a lifespan of 17 records, the album denotes a pivotal time in Jaden’s life and career. In a recent Twitter post, the 22-year-old star said that listeners will have the ability to know more about him, which he clearly thinks is scary. After your first listen, you will see and understand exactly what he meant by that sentiment.

A little over a month ago, Jaden Smith no longer wanted to go by that stage name — so he shortened it to Jaden. He spoke with Beats 1’s own Zane Lowe about his decision: 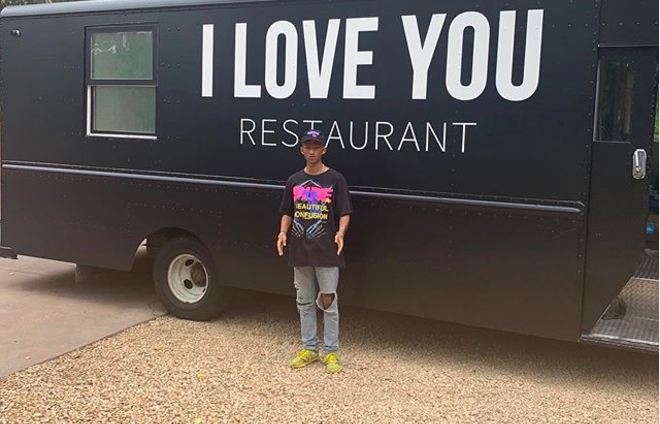 “I realized that Willow changed her name to Willow at some point in time — and that she was no longer Willow Smith. Yeah, it took me a while. It took me a while. Because if you look Willow Smith up, it’ll still come up. But then it took me a while to see that it was just Willow. And I was like, ‘Yo. That’s so strong. You feel like you don’t have to say your last name. You’re just Willow.’ I create different characters for myself — that’s also one of the reasons I love Bowie so much — it’s like, Jaden, that’s music and Jaden Smith, that’s 501(c)(3), that’s acting in movies. I wanted to just make that little distinction there, just a little bit.”

Tap in to Jaden’s new album below.