Ever since 2016’s “Pull Up Wit Ah Stick” and the subsequent mixtape S.A.N.D.A.S., Chicago-to-Atlanta transplant SahBabii has been building a steady, solid fanbase with his unique style and sexually-charged subject matter. This week, he delivers a brand new offering titled Barnacles, which boasts 16 new tracks and the lead single “Double D***,” which sees production from Teezr and a fairly NSFW visual to match. Equally-addictive is the track “Tongue Demon,” which sees SahBabii continuing his straight-to-the-point subject matter over production from Whipgothesauce:

“F*** around, buy a bazooka and blow up the block, too many shots, ‘bout to blow up the Glock/

Yeah, and when she run out of gas, she see it go start, she’s a s***n demon, straight up conjuring, that p***y fat, so astonishing/

Told her suck it, suck it with some confidence, I’ma cover them buns like a condiment, when she changing her clothes, give her closet d***.../” 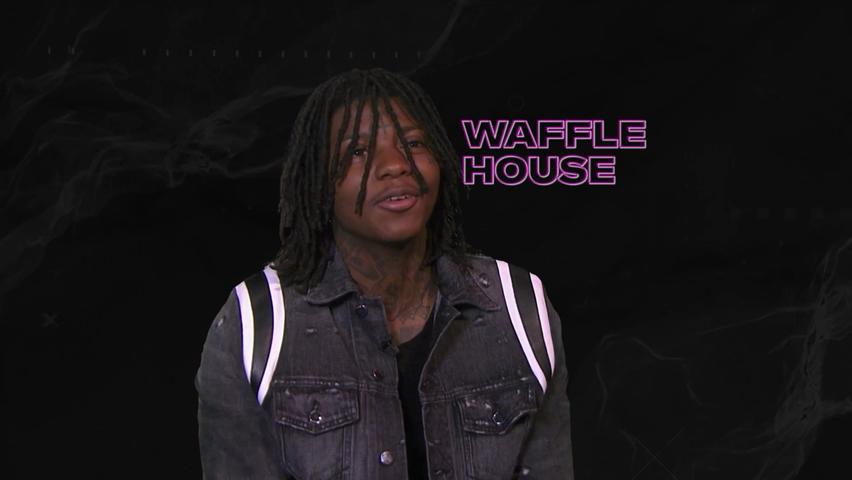 The accompanying visual — directed by Damien Aku, Mickey Schwartz, and the artist himself — sees SahBabii pulling up to a residence horror flick-style. Before long, he finds himself engaging in various activities with the women he finds there, leading to increasingly supernatural outcomes.

Taking to Twitter following the project’s release, SahBabii made sure to show love to the fans that are supporting to the fullest, as well as those that helped create Barnacles — including his brother and fellow artist T3, who makes the single feature on the track “House Party”:

“The love is real and i feel it. I watched a video about “Kobe” on meditating and it helped. I woke up real down yesterday not knowing how much love i will receive later that day. Thanks to the fans, my family, producers, my team and T3.”

Press play on both Barnacles and the aforementioned videos below.