Too $hort and Problem team up on “Mentor”

The two stars connect the Bay Area to L.A. on their latest.

Hip hop legend Too $hort is back with a new single for his fans. In addition to his appearances on Chris Brown and Young Thug’s Slime & B cut “Undrunk” and KYLE’s “See You When I’m Famous,” the Bay Area veteran has begun releasing tracks as a part of his “Trunk Tuesday” series. Following previous drops “Typhoon” and the Trae Tha Truth-assisted “Pull Up” comes “Mentor,” a collaboration with fellow west coaster Problem. The track sees the two talking their usual pimp talk over production from Sorry Jaynari.

Too $hort’s latest series follows the release of last year’s The Vault, which also marked his 21st studio LP. In a past interview with REVOLT’s “Tour Series,” Too $hort spoke on some of the legendary moments throughout his 35-plus year career, including an appearance at a Def Squad show in New York: 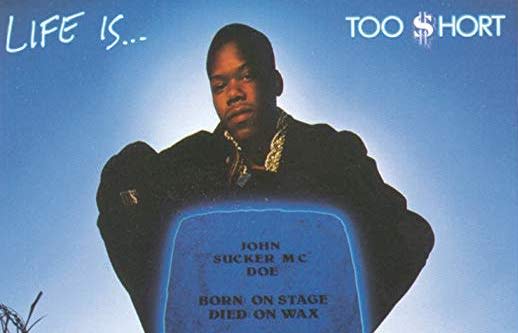 “The day that the Def Squad asked me to guest appear on their show at the Apollo Theater, it was a big deal. I’m in New York City, and I had never done a show for myself in New York City. I had done Showtime at the Apollo once or twice, where they let you sing one of your songs and the crowd show you love because you’re the celebrity guest and not the amateur. I had never done a Too $hort show in New York. Keith Murray, Redman, and Eric Sermon were always in Atlanta. Eric had a big ass house that was five minutes from me. That’s why we ended up doing all those songs together.”

Problem has been keeping busy as well, having released his latest project Coffee & Kush Vol. 1, along with the short film A Compton Story, which chronicled an eventful day of buying Lamborghini’s, dealing with loved ones and almost getting shot in the process.

Check out Too $hort and Problem’s “Mentor” below.