On the latest episode of “Drink Champs,” N.O.R.E. and DJ EFN sat down with rap pioneer Grandmaster Caz to discuss his career, legacy, and the early days of hip hop.

Beats, rhymes and life are three of the corners where hip hop intersects. Few other TV shows have been able to cover all of these angles in-depth and authentically quite like REVOLT’s “Drink Champs,” which thrives on its candid conversations with the biggest and most influential figures in the game.

On the latest episode of “Drink Champs,” N.O.R.E. and DJ EFN sat down with rap pioneer Grandmaster Caz to discuss his career, legacy, and the early days of hip hop.

Born Curtis Brown in the Bronx, N.Y., Caz was inspired to pursue a career in the genre after witnessing DJ Kool Herc perform in the 1970s. Thus, he and his friends began performing and hosting DJ battles in The Bronx throughout the rest of the decade. Shortly thereafter, he became a member of the Cold Crush Brothers, and the rap collective performed all over New York City and became known for their high-energy performances. The group later appeared in the 1983 film Wild Style, and started releasing a string of commercial records. Caz’s lyrics were also used in the Sugar Hill Gang’s 1980 single “Rapper’s Delight,” which became hip hop’s first Top 40 hit.

Today, Caz gets to showcase hip hop’s roots and tell his story as a guide on New York City’s Hush Hip Hop Tours. Launched in 2002, the sightseeing tour spotlights many of hip hop’s famous landmarks and the experience has served over one million people since its debut.

To help give fans a recap, REVOLT compiled a list of nine facts we learned from the Grandmaster Caz interview. Take a look at them below.

1. On The Sugarhill Gang’s Big Bank Hank Stealing his Rhymes for “Rapper’s Delight”

The Sugarhill Gang’s “Rappers Delight” was the first hip hop single to become a Top 40 Chart hit, peaking at No. 36 on the Billboard Hot 100 and No. 4 on the R&B/Hip-Hop Songs Chart. Though the song pioneered the way for hip hop to cross into the mainstream, Caz explained on “Drink Champs” that, at the time, hip hop purists looked down on the record. He also explained Sugar Hill’s Big Bank Hank, who was managing one of his rap groups at the time, stole his rhymes and used them in the record. According to Caz, Hank was also working at a pizza shop, and would play Caz’s tapes and rap to them. Then, Sugar Hill Records executive Sylvia Robinson discovered Hank and he got the opportunity to rap for her. “He just got in the car, repeated all the stuff on the tape and they loved it,” he said. “They didn’t know that Hank had bitten his rhymes. They was amazed at this nigga.”

2. On Dipset vs. The LOX’s Verzuz Battle

It was the blowout witnessed around the world. Rap fans across the board named The LOX the victors in their Verzuz battle with Dipset in August and rap fans praised Jadakiss for delivering an all-star performance. When asked about the event, Caz gave the emcee his props. “This nigga Jadakiss put hands and feet on them niggas,” he said. “He showed you what a real emcee is supposed to do.” Caz added that he believed Dipset’s decision to rap over their tracks led to their loss. “I do a pop up called ‘Budz and Bars,’” he said. “We have a rap contest. The first thing I tell these niggas is don’t rhyme on your motherfucking music. That’s the most unprofessional shit that you can do. You got to be able to rock your shit and I think that’s what killed them.”

3. On Being Criticized for Pursuing a Hip Hop Career

Today, hip hop reigns as the biggest genre in music. But, during its early days, Caz recalled being outcasted and criticized for pursuing a rap career by numerous people in his neighborhood. “When we first started doing hip hop, people were looking at us like what the fuck is wrong with you?” He said. “We was on our own with this shit for a while. Now it’s the biggest genre in the fucking world.” 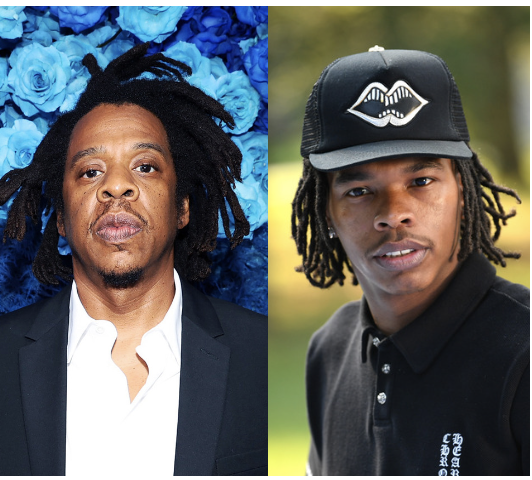 JAY-Z mentioned the Cold Crush Brothers on his 2001 single “Izzo (H.O.V.A.),” and briefly hinted at Caz’s Sugar Hill debacle when he rapped: “Label owners hate me, I’m raising the status quo up. I’m overcharging niggas for what they did to the Cold Crush.” Over the years, Caz has claimed that he never received any royalties from “Rapper’s Delight” despite the song’s success. When asked about the mention on “Izzo,” he just considered it just another witty bar from the Brooklyn emcee. “I think [JAY-Z was] robbing from the rich in the name of the poor,” he said. “Robin Hood robbed from the rich and gave it to the poor. He was like I’m going to tax all y’all motherfuckers extra for what you did to these niggas right here. But, he didn’t give it to these niggas right here. I think it was a statement. You know JAY, he’s a clever motherfucker. It was just another clever JAY-Z line.”

5. On His Appearance in Wild Style

Released in 1983, Wild Style was hip hop’s first movie and featured appearances from the Cold Crush Brothers, Fab Five Freddy, Grandmaster Flash, and more. On “Drink Champs,” Caz recalled the experience and explained that for him, it validated hip hop’s importance. “Wild Style for me was a stamp of approval,” he said. “We weren’t wrong. This shit is real. It is important. Wild Style validated the whole movement, and it was the first time we went on tour. [It was] a lot of fun. We introduced hip hop to Japan. Just from that movie and that tour.”

6. On The Next Generation’s Takeover

A new generation of emcees like Run DMC, The Beastie Boys, and LL Cool J emerged after Caz and his cohorts first paved the way in hip hop in the late 1970s. By the mid-1980s, others took the genre to new heights, and it became more accepted into mainstream music. Caz explained to N.O.R.E. and DJ EFN that he recognized the shift and was later proud that he could still spot his influence in newer artists. “By the time the next generation came out, we understood that our era was over,” he said. “The more people that came out, the further away it got from the source. The Beastie Boys was the defining movement where we was like it’s gone. [But] at some point, it started getting cool. I could see me in [other artists] and that’s what kept me attached to this. Everybody traced back to me.” 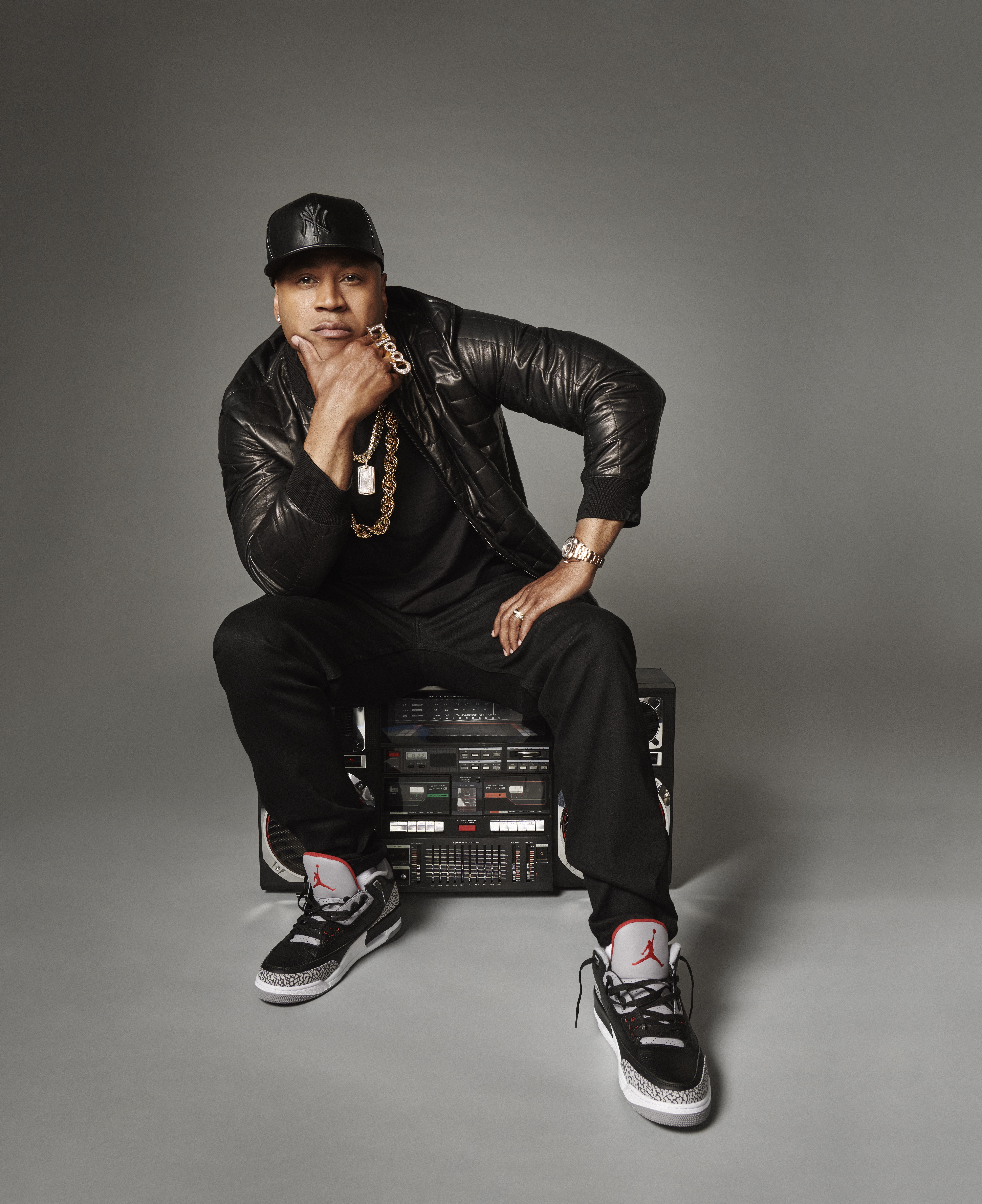 Afrika Bambaataa, another hip hop pioneer, was accused of sexual abuse by Bronx activist and politician Ronald Savage in 2016. Savage became the first of many accusers and alleged that the former Zulu Nation leader sexually abused him numerous times in 1980 when he was 15. On Sept. 9, a lawsuit that was filed in the New York State Supreme Court by a plaintiff named John Doe alleged that Bambaataa abused and sex trafficked him from 1991 to 1995 when he was 12 years old. When asked about the allegations, Caz said he took offense to the many claims that the alleged abuse was common knowledge in the hip hop community.

Though Caz is certainly a hip hop founding father, he still remains unsung when compared to his cohorts. When asked by N.O.R.E. if he feels appreciated for what he’s done over the years, he explained to N.O.R.E. that he does. “I do [feel appreciated] from the community of hip hop,” he said. “The friendships that I’ve made because of hip hop and because of people’s appreciation of me are the things that I value.”

Last year, Swizz Beatz made headlines when he said today’s rap stars should be paying taxes to each founding member of hip hop. On “Drink Champs,” N.O.R.E. explained that he and DJ EFN had a similar idea, and asked Caz about his thoughts on the matter. Caz liked the idea but said that it would be hard to determine who exactly should get paid. “I thought the sentiment was good, I don’t think it was well thought out because if you think about it, who is a pioneer of hip hop?” he said. He added that the notion of pioneering emcees receiving “reparations” is just as important as African Americans receiving them from the government. “It’s [just as important] for Black people as a whole who deserve reparations,” he said. “Anytime that you’ve been exploited over a period of time.”