“Why put yourself in that situation if you know you and a man got a certain type of issue, and certain things already done transpired?” Uncle Murda asks. “I don’t give a fuck how much you might have grown. The streets ain’t gonna see that like that.”

On the latest episode of “Drink Champs,” N.O.R.E. and DJ EFN bring on rapper Uncle Murda, who gives the rundown on his life and times and career while spreading love the Brooklyn way. A native of the East New York section of the borough, Murda made his arrival on the scene during the latter half of the aughts, building a seismic street buzz and earning a deal with Roc-A-Fella Records. Appearing on records alongside JAY-Z and Fabolous (“Brooklyn”) and releasing his own string of solo singles, he ultimately departed from the Roc and Def Jam, landing on 50 Cent’s G-Unit Records in 2016. In the period between those two stints, Murda’s annual “Rap Up” became an unlikely vehicle to boost his appeal, which has since skyrocketed in the wake of the latest installment in the series. Preparing to release his long-awaited debut studio album, The Lenny Grant Story, this year, the MC appears to finally be receiving his just due from the fruits of his labor.

In addition to Murda, RUNTZ co-founder and rapper Yung LB also stops by “Drink Champs” set to kick it with the fellas and chop up game west coast style.

To help give fans a recap of the episode, REVOLT compiled a list of nine things we learned from the Uncle Murda and Yung LB “Drink Champs” episode. Take a look at them below. 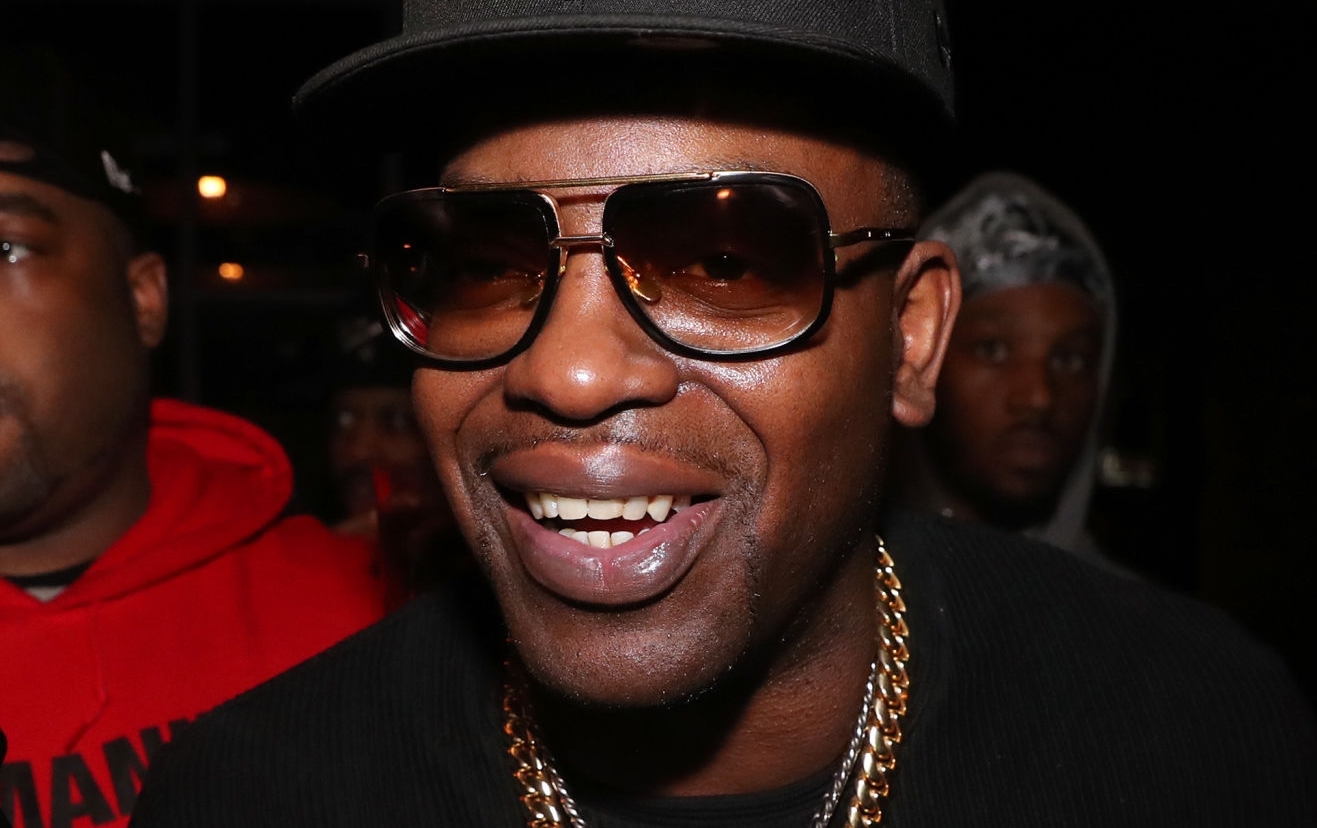 1. On Choosing Rap Over The Streets

Throughout his career, Uncle Murda’s lyrical content, which often finds him sending barbed shots at other rap artists, has made him a polarizing figure in the culture. According to the East New York rep, his penchant for slick talk, along with his beef with notorious street figures in his neighborhood, was the deciding factor in him pursuing rap full-time and leaving his life of crime behind. “I’ve been popping shit,” he admits. “I came in the music business popping shit. I remember years ago, I had did a record where I was just talking shit about everybody. I was in Queensbridge talking a little shit about Nas. You know what it was? I was beefing with so many niggas in my hood, the old timers, I figured if I beef with some rappers, at least I got a better chance of getting out of the hood that way because I’m going through real drama. Niggas is really shooting, trying to kill a nigga. My door getting shot up, shit like that. I’m allegedly shooting people. I’m like, ‘I can talk about rappers or really go through this real shit.’”

2. On The Possibility of a “Rap-Up” With Mad Skillz

Uncle Murda gained a resurgence in popularity with the release of his first annual “Rap Up” song, putting him in direct competition with rapper Mad Skillz, who pioneered the format years prior. Murda, who’s own version of the “Rap Up” has surpassed Skillz’s in fandom, speaks on a failed collaboration between the two, which was facilitated by fellow Brooklynite DJ Clark Kent. “I mean, I feel like I got the Rated-R version and he might have like the PG-13 version,” Murda says of the differences between their approaches to the “Rap Up.” “So it’s like, I don’t know, maybe that don’t mix. Clark Kent reached out before and told me like, ‘Yo, this is my homie, Murda, Skillz is a good friend of mine. I’m a fan of what you do, I love the shit you do.’ He tried to actually make us do it together, but Skillz felt like I was so disrespectful and whatever. I am, but I guess Skillz peeped that I was disrespectful and he didn’t wanna deal with a nigga (laughs).”

3. On Ruff Ryders Giving Him A Bag of Guns After Signing With The Label

Years prior to making his big splash with his signing to Roc-A-Fella Records during the mid-aughts, Uncle Murda inked his first recording contract with Ruff Ryders, which gave him an appropriate, albeit unique, signing bonus. “My first deal with them was for like $10,000 and a bag of guns,” he recounts. “I was about like 17 [or] 18 years old. No, it (the guns) wasn’t in the contract, it was the bonus because they knew some old-timers that a nigga had drama with, so it was more like, kind of, ‘Be careful.’ But, you know, from there, a nigga learned and a nigga grew ‘cause now I’m independent.”

Jadakiss opens up about ‘Ignatius,’ honoring late friend with the album, Ruff Ryders, his legacy and more 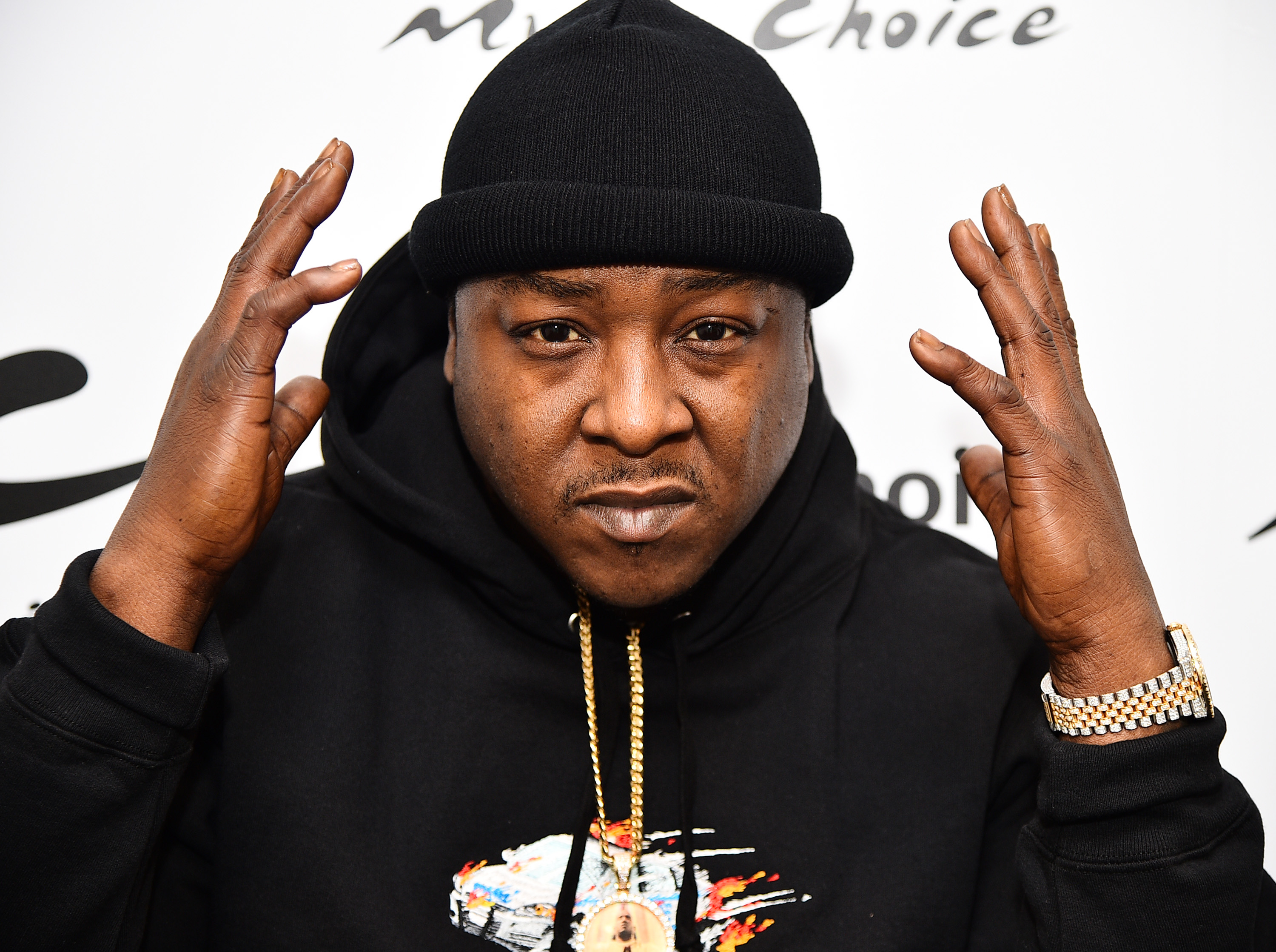 Notoriously loose with his words, when he’s asked about lyrics about other artists that he regrets, Murda points to his collaboration with late New Orleans rapper Young Greatness, “Real Niggas Back,” on which he dissed rap trio Migos. “I didn’t regret it at the time,” he admits. “My peoples was doing a little business with Coach K and them, we was going over everything, trying to get the record right with that particular record. We wound up switching everything, but at SXSW, the Migos had a show and they actually let me perform the record. Like Coach K and them, even after I did that, they let me perform the record. I performed the record with them and all that, I was like, ‘Go on stage?’ They’re a little deep, we deep, but they only letting me and one of my mans go. My mans had the hammer or whatever, but we’re like, ‘Yo, for real,’ and they’re like, ‘Go.’ I thought they was trying to pull a stunt, but they really went and let a nigga go and do the record and I was like, ‘Damn.’ Went and did the record, walked off and after that, it was kind of like, ‘Peace.’ ...Maybe I shouldn’t have even said that shit about these niggas, you know what I’m saying? So I regretted that.”

5. On His Experience Working With JAY-Z and 50 Cent

Two figures Murda credits with his evolution as an artist and businessman are JAY-Z and 50 Cent. During his visit, he describes the differences in his working and personal relationships with both artists. “I always just respected JAY ‘cause I got a six-figure check from JAY,” he shares. “But, I wasn’t really around JAY that much. You know, JAY is one of those guys, like, you don’t really hang out with JAY too much... It’s a little different with 50 [Cent], you be with the nigga, we on tour, we’re moving around, we’re doing a whole bunch of shit, my experience with JAY was a little different. Like, I got the bag, did the record, did a couple parties together, shit like that. He actually got a nigga to meet LeBron and shit back in the days.”

6. On His Shootout With Crooked Cops In East New York

With an extensive rap sheet to his name, Murda’s street credibility is iron-clad, but he gives context to his most infamous crime, which involved a shootout with alleged crooked law enforcement in East New York. “That’s why I tell niggas sometimes, they think it’s crazy,” Murda says of the brazen lawlessness of police officers in his former stomping grounds. “They check my rap sheet, the shit used to say ‘shootout with police.’ It don’t even be like a nigga was out here just being bold shooting at the police, it be like by the time you shooting at a motherfucker, you won’t even know it’s the police until they pull out their badge. You think it’s just a nigga you got beef with creeping around the corner, you just see a nigga with a hoodie on...before you know it, [you hear] ‘Freeze!’ Oh shit, nigga, fuck you mean ‘Freeze?’”

7. On His Feelings About Gucci Mane and Jeezy’s Verzuz Battle

One of the most controversial moments Murda touched on in his latest installment of the “Rap Up” was the Verzuz battle between Gucci Mane and Jeezy, during which Guwop spoke ill on Jeezy’s friend, Pookie Loc. Murda breaks down his feelings on Jeezy’s response. “Why put yourself in that situation if you know you and a man got a certain type of issue, and certain things already done transpired?” he asks. “It’s okay when certain things didn’t go too far and you can be like, ‘Cool, it didn’t get to a certain level, things didn’t go to a certain extent.’ You might could look past it or whatever the case may be. Or if everybody on the same page with certain things, I don’t know how the family behind it [feels], just certain things don’t look right and the streets don’t understand it or they ain’t gonna be able to respect it like that. I don’t give a fuck how much you might have grown, the streets ain’t gonna see that like that, you gotta think about the young you, how you [would] look at it.”

8. Yung LB On Visiting Diddy’s House For The First Time

During his debut appearance on “Drink Champs,” Yung LB shares his experience of having his music cosigned by Diddy and visiting the icon’s lavish estate. “I went to the cribbo, you feel me?” he tells N.O.R.E. and company. “Never in life I thought I was gonna make it to this man house off hustle, and to hear the words from this man’s mouth to tell me, ‘Congratulations, you made it to the round-table’ ‘cause I played him some music. I told him, ‘Man, I got hits... [he said], ‘Do you got hits?’ [I said], ‘I got hits, man, you hear me?’ [He told me], ‘Man, play that shit!’ It was an hour and a half, he couldn’t even turn the shit off. That was manie to me.”

9. On His Failed Opportunity Working With Kanye West

Another regret Murda shares during his sit down is the time his appearance alongside Ray J on the “Hit It First (Remix)” put an end to a promising working relationship with Kanye West. “I let my nigga Yeezy know that I did the record. ‘Listen, man, I ain’t know I was gonna hook up with you, my nigga. Niggas hollered at me to do the Ray J ‘Hit It First (Remix),’ so I did it. And he goes, ‘For real?’ I go, ‘Yeah,’ he go, ‘Oh, that ain’t nothing, my nigga. I ain’t stressing that.’ I go, ‘You serious?’ he said, ‘That’s nothing my nigga, nah, we good.’ He was going to Italy at the time, he said, ‘Soon as I get back, we gonna get back to it.’ I said, ‘Copy.’ He said, ‘I’ll be back Monday,’ I think it was like a Thursday and that was probably the last time I ever spoke to Kanye... Didn’t make that album or nothing, everything was gone. I was just like, ‘Damn, what an opportunity.’”