The Off-White x Nike AF1 “Green Spark” came and went so fast that if you blinked, you missed it.

“Better late than never” is a motto I subscribe to in life and now in my sneaker collection and reviews. But what is “late” in the context of a sneaker that was wanted by all and obtained by even less? It’s almost as if it was never released in the first place! The Off-White x Nike AF1 “Green Spark” came and went so fast that if you blinked, you missed it. But at this point, that’s to be expected.

The world got its first glimpse of the “Green Spark” AF1s — the sixth release of its kind — in Nike’s 50th anniversary video spot titled “Seen It All” directed by Spike Lee in May. However, once they started turning up on the feet of Brooklyn Museum employees in August at “Figures of Speech,” an exhibit in memory of the late, great Virgil Abloh, fans knew its release was imminent. Several drop dates were reported, strategies were formed, and everybody was trying to get their hands on them. This pair features its upper completely covered in tonal green with metallic Swooshes and classic Off-White branding on the sides. Other notable and consistent Off-White details are the zip tie in complimenting green, the second “AIR” in quotation marks above the standard Nike Air on the sole, and cutouts on the tongue. The shoelaces and insole are also green, and I think the tonal green makes for a standout colorway and almost renders the sneaker neutral. I’d style them with any color and wouldn’t try to match the specific green. Housing the sneakers is a metallic sneaker box with several holes and an orange lining — another signature Off-White motif. 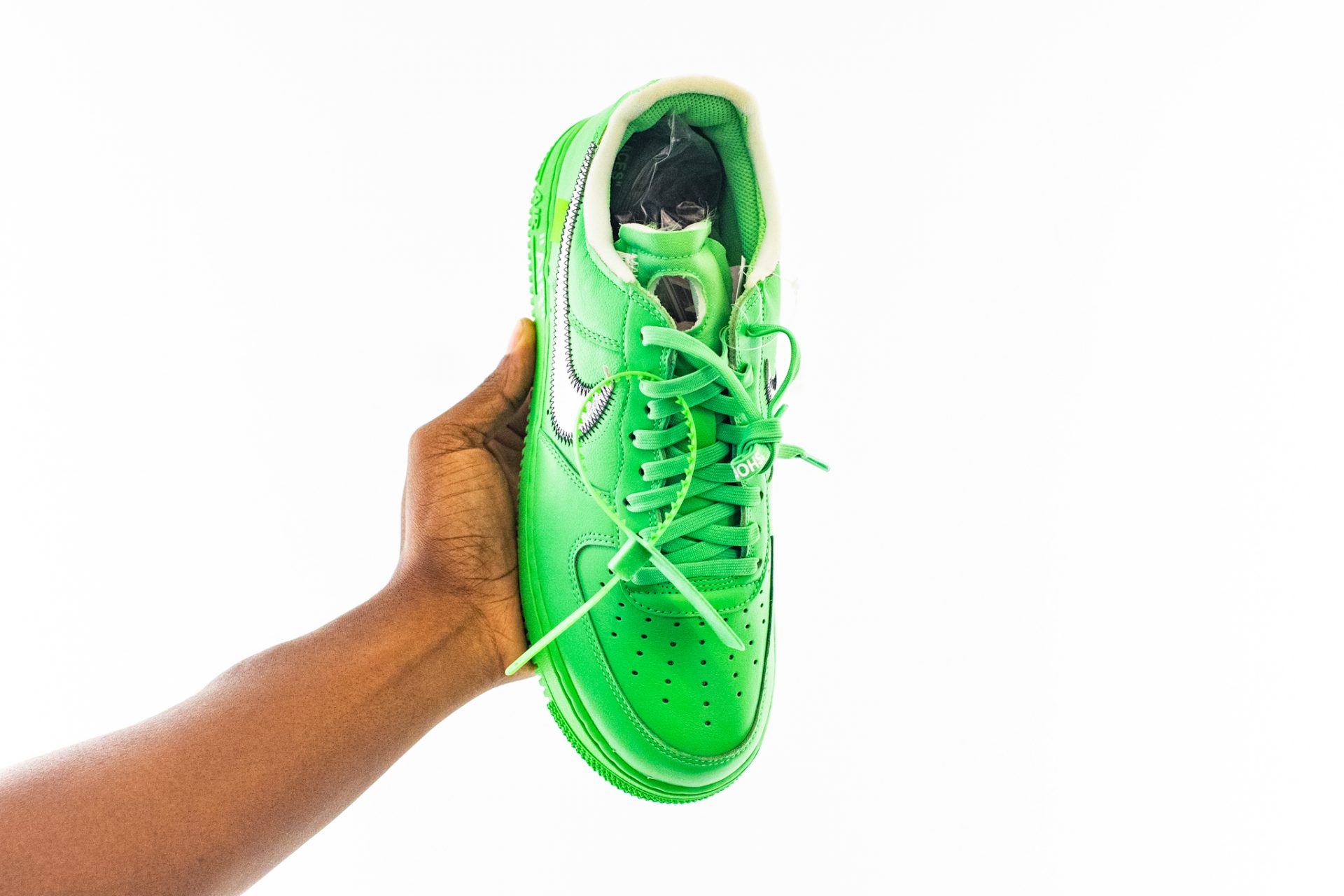 What are your thoughts on these? Are they a shoo-in for top 10 sneakers of the year?