Meet Marveon Mabon, a burgeoning community activist and one of McDonald's "Future 22"

The Morehouse College student is a changemaker in every sense of the word and has been chosen as one of McDonald’s “Future 22.”

In Black History Month, we often reflect on past leaders and names that are permanently etched into the tapestry of our culture. However, there is opportunity to shed light on future leaders — such as Marveon Mabon. At just 18 years old, Mabon wears a lot of different hats: organizer, urban gardener, activist, and college student to name a few. A fourth-generation resident of the Imperial Courts housing projects in Watts, Los Angeles, the Morehouse freshman didn’t view his community as something to escape from. He wanted to make it a better and safer place for the next generation. One area the teen knew he could have an influence in was nutrition. Hunger and food insecurity impact Black communities the hardest– an estimated 24% of the Black community experienced food insecurity in 2020, and women and children are disproportionately affected.

When COVID-19 hit his home, the then-student body president and honor roll student stepped up to the plate, working tirelessly to help the community gardens, distribute food to senior citizens, and mentor children all while maintaining his grades and being a support system for his mother and siblings. The work was tremendous, but the hours spent working were about providing both nutritional and emotional enrichment. He shares, “I come from a community where we are taught to survive. With a garden you’re teaching kids how to thrive.”

A native of the Watts neighborhood in Los Angeles, Mabon’s interest in gardening grew when he realized it was about more than fresh fruits and vegetables; the garden was also a place for kids like him to learn and enjoy their childhood. He says, “Community gardens are important because they are a safe space for kids to go. They can play and be kids. They don’t have to worry about dodging bullets and [going] home to no food.”

Outside of the gardens, the young activist also created positive change in other ways. His anti-bullying program was recognized by the board of commissioners of Los Angeles’ Housing Authority, and he also served as a youth liaison for the LAPD, championing more transparency and better community relations between law enforcement and people in his hometown.

When it came time for the community leader to graduate high school and continue his education, he decided to follow in the footsteps of other notable Black change-makers and attend Morehouse College. The Atlanta HBCU boasts alumni such as Ebony and Jet founder Robert E. Johnson, filmmaker Spike Lee, and civil rights activist Dr. King. Mabon wants to continue the Morehouse tradition of service and change. He says, “Morehouse is all about community, brotherhood, giving back, and speaking up about issues and that’s what I am about.” His hope is that as a Morehouse Man, he can continue to be a transformative force, leader and mentor for those around him.

It’s no small wonder why this multi-talented young man was chosen as one of McDonald’s “Future 22.” The campaign celebrates the work of 22 young, gifted and Black leaders who are committed to making meaningful impact. A true young visionary in every sense of the word, this future community leader isn’t just creating a new path for himself. He’s also doing this work for the youth around him. He says, “The message I want to send to future community leaders is to be you. You are strong, intelligent, resilient, don’t let anyone step on your dreams. You are the foundation, you are the future, light the way and don’t take no for an answer.” 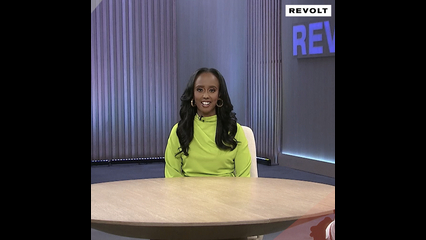