On the side of the car are raised and pronounced wheel arches, tinted windows that offer a sense of privacy. A black accented stripe runs along the side of the vehicle across the doors and outlines the windows, giving a contoured finish, further adding to its prominent look. The back of the car reveals L-shaped slim, red lights that stretch across the trunk, sitting right above the double diamond twin tailpipes.

As soon as the doors are opened to the inside, one cannot help but notice the tasteful blend of classically-inspired design and state-of-the-art technology, as well as the harmony between lounge-like comfort and action-packed features. Its front seats, doors, and center console are draped in vintage leather while the back bench is made from fine quilted velvet, resembling that of the mid-century modern aesthetic. The driver’s cockpit offers the latest technology: A curved infotainment display that spans across the dashboard and center console, allowing for total control of the vehicle while being focused on the road, proving why “The Ultimate Driving Machine” is BMW’s slogan.

The car’s performance is as aggressive as its body, boasting 740 horsepower and 738-pound feet of torque. these credentials are significant, as they make it the most powerful model BMW has created to date. The V8-based plug-in hybrid has an estimated 30 mile range of all-electric power, which is impressive, considering the electric engine’s primary purpose is to generate power, making the BMW Concept XM uniquely designed for high performance. 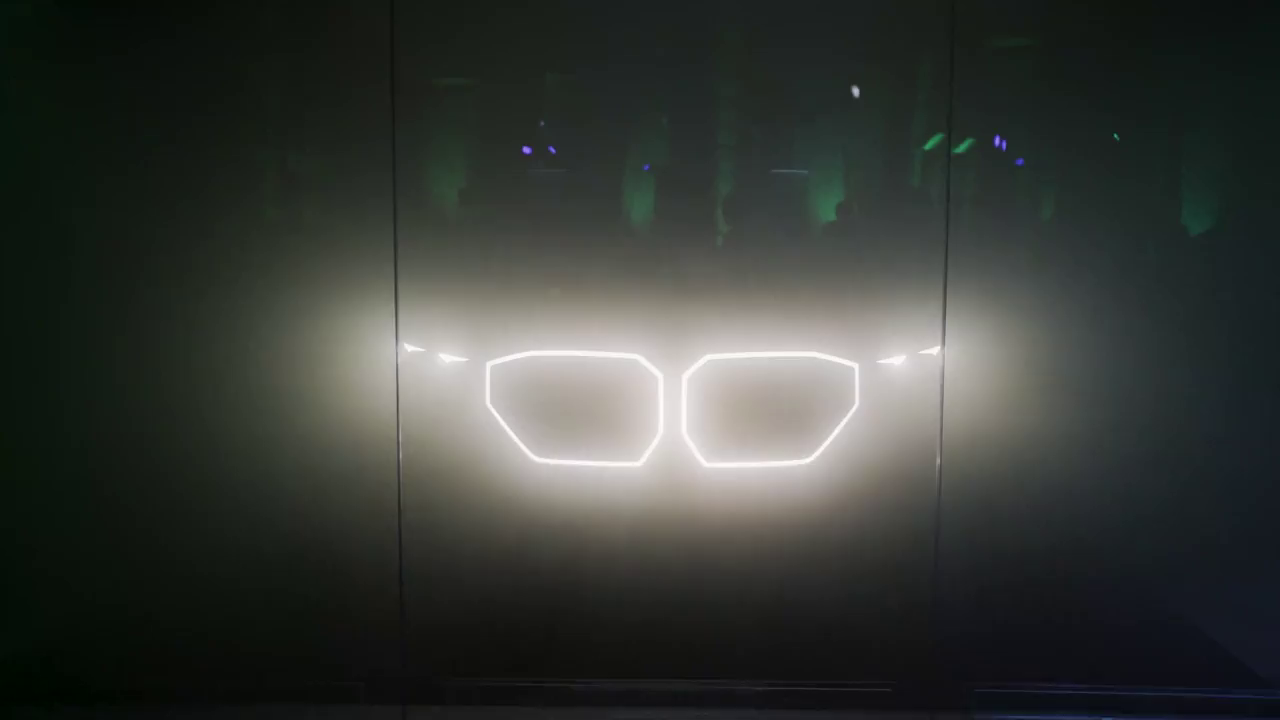 Nas, being a fan of the artist — as are other notable music industry characters, such as Swizz Beatz and Alicia Keys, who own a $415,000 Yanko sculpture — even assisted in putting the finishing touches on the artwork. In sum, the dialogue that was exchanged between the two creative powerhouses encapsulates the essence of BMW’s message when producing the car – the road that is driven when using one’s creative intuition as the map always leads to innovation.

To celebrate the unveiling of the one-of-a-kind automobile, Nas headlined the star-studded launch party with the striking automobile enclosed within a lit-up glass chamber as his backdrop. The lauded musician belted out classic hits, such as “If I Ruled the World” and “The World Is Yours,” as the crowd sang along.

Noteworthy audience members included chart-topping music producer Timbaland, former NFL star Victor Cruz, and designer Tremaine Emory, to name a few. With the musical performance honoring innovative design and art, it could not have been complete without one particularly touching moment: When Nas performed “Rare” off of his latest studio album, King’s Disease ll, paying tribute to the late illustrious designer Virgil Abloh, who passed away from cardiac angiosarcoma on Saturday (Nov. 28).

When the performance concluded, Yanko joined the legendary rapper on stage as they gave their thanks. The event, however, carried on until midnight, as guests continued to enjoy a night of socializing, music, food, and drinks, kicking off a highly memorable start to North America’s most preeminent art fair. Both the BMW Concept XM and Yanko’s “Intrinsic Sage” are showcased at the Miami Beach Convention Center at the north side of the Grand Ballroom Level 2, where art enthusiasts and car fanatics alike can see for themselves why Art Basel champions BMW as its partner.

Tags in this article:
Tags
Nas