Saweetie confirmed her break up with Quavo earlier Friday (March 19). 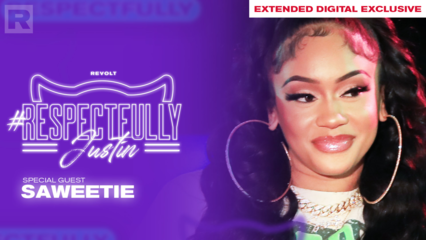 Saweetie only has two words for her ex-boyfriend Quavo after he took to Twitter to say he was “disappointed” in the way she handled their split on social media. On Friday (March 19), the “Tap In” rapper tweeted, “Take care” in response to the Migos rapper’s words.

Earlier Friday, Saweetie broke the internet when she confirmed rumors that the two were no longer an item. “I’m single,” she tweeted. “I’ve endured too much betrayal and hurt behind the scenes for a false narrative to be circulating that degrades my character. Presents don’t band-aid scars and the love isn’t real when the intimacy is given to other women.”

“I emotionally checked out a long time ago and have walked away with a deep sense of peace and freedom,” the Bay Area native wrote in a follow-up tweet. “Excited for this new chapter of elevation.”

Quavo responded to his ex’s tweets to clear up the cheating allegations. “I know you want to make this into a show, so I’ll play my part just this one time,” the Migos rapper tweeted. “I don’t normally put my business out there, especially my personal life. I feel the need to address this so there are no false narratives.”

“I had love for you and disappointed you did all that,” he added. “You are not the woman I thought you were. I wish you nothing but the best.”

The pair began dating back in 2018 after Quavo slid into her DMs, but news of a potential split hit social media earlier this week. Fans peeped that Saweetie unfollowed the “Workin Me” emcee on Instagram. A few days later, he unfollowed her back.

The “Back to the Streets” rapper added fuel to the fire after appearing on REVOLT’s “Respectfully Justin” show. She said lying was the most disrespectful thing a man has ever done to her.