Kash Doll on guys who want gifts back: “Niggas ain’t getting shit back!”

It’s an undeniable fact that having Kash Doll and Rubi Rose in the building will result in some wild statements being made, and on the latest episode of “Respectfully Justin,” they did just that.

Justin LaBoy, the man behind your favorite memes, makes his REVOLT debut with his new show “Respectfully Justin.” It doesn’t get anymore toxic than this series, as he discusses relationships, situationships, love, lust and more with special celeb guests. This is the safe place.

It’s an undeniable fact that having Kash Doll and Rubi Rose in the building will result in some wild statements being made, and on the latest episode of “Respectfully Justin,” they did just that. One of the first questions was Justin LaBoy asking the rappers about possibility of talking to one male sibling and then backdooring to date the other one. “It depends how like if I had sex with them, then I wouldn’t have sex with the other one,” said Rubi. “But if we’re just talking, then I’ll probably talk to the other one.” Kash, on the other hand, said she can’t see herself getting revenge on a guy by messing with another dude. “My get back is just glowing up. I’m not getting back by talking to anybody else. Like nah.” 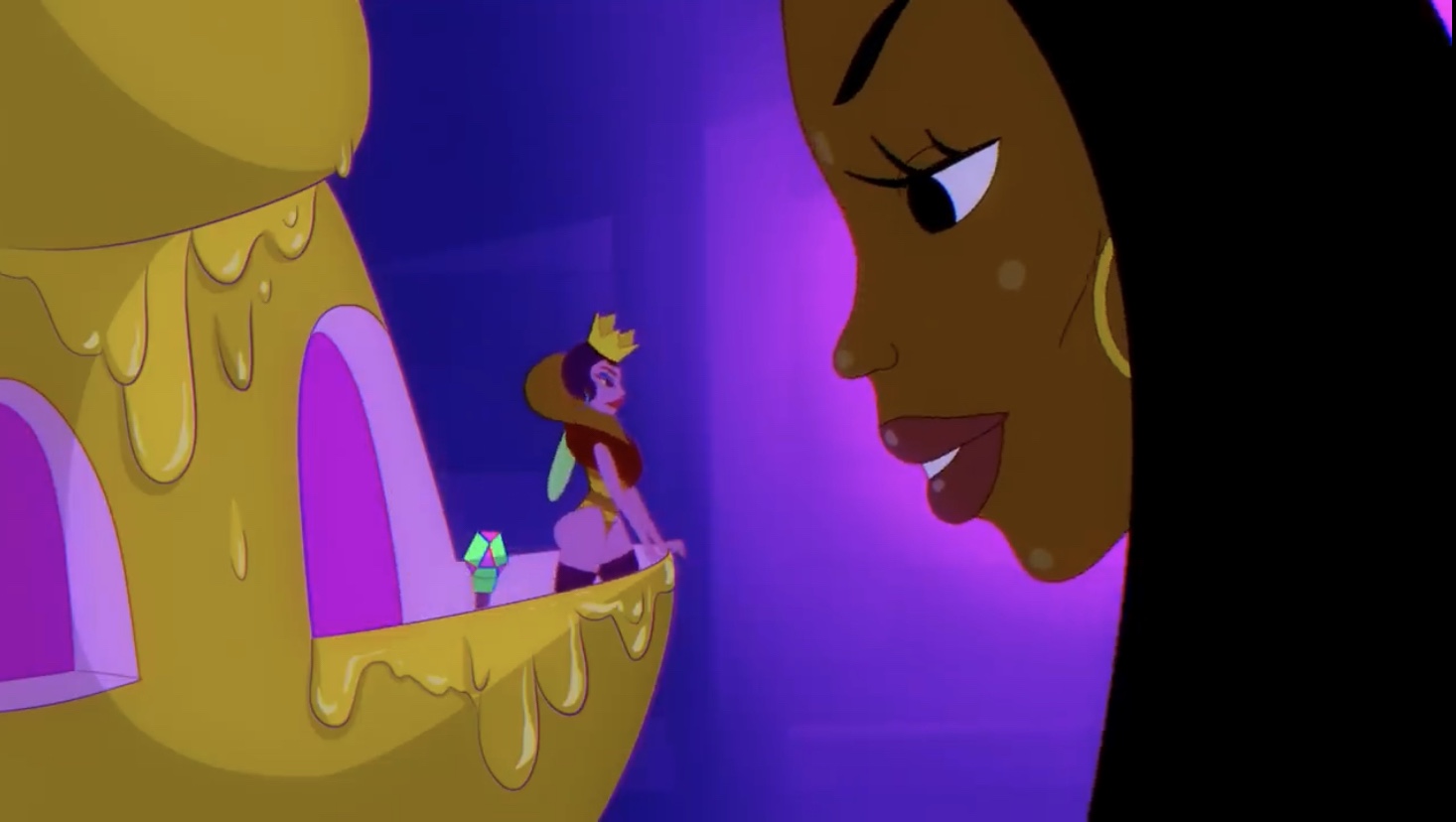 The next topic was about dating men with kids. “It’s going to be my first, so it needs to be his first,” said Rose. As for the Detroit native, it depends on what the guy has going on in his life for her to be with him. “I feel like the younger me didn’t want to date nobody that had kids. But it’s like now being realistic, and it’s like some of the good niggas got kids. So now it’s like, dang, you end up liking the nigga who got three kids.” Kash continued the conversation by sharing that a guy she was dating once had 13 children before the crowd erupted into laughter.

LaBoy asked Rubi, “What’s the craziest thing your pussy has ever made a nigga do?” She addressed the negative side of the question by stating that a guy broke all of her TVs, phones, and iPad. On a positive note, the “Pretty MF” artist says a guy bought her “a little Benz Coupe” even after they had sex. Kash had a few crazy encounters, too. “I wouldn’t answer the phone because I didn’t want to talk to him anymore. I went to get in my car under the garage, and he popped out the backseat like, ‘Why you ain’t answering the phone?’ I was like, ‘Oh shit!’” The “Ice Me Out” rapper added that a guy has to do something a little crazy to keep her entertained.

As the conversation continued, Kash began to drop some gems for the ladies in the audience in response to the host’s comments about men gifting women. “First off, that type of stuff doesn’t mean anything,” said the 29-year-old. “It’s better to get a man that will just completely change his ways for you than a nigga will just come and buy you a Bentley.” LaBoy believed that kind of man is either “dead or in jail.” The ladies, including Kash, didn’t agree. “That is not true,” she debated. “Half of the time, the niggas that come with all the gifts are the problem.” She added that no relationship is perfect, but as long as the respect is there, you could see a change in that person. 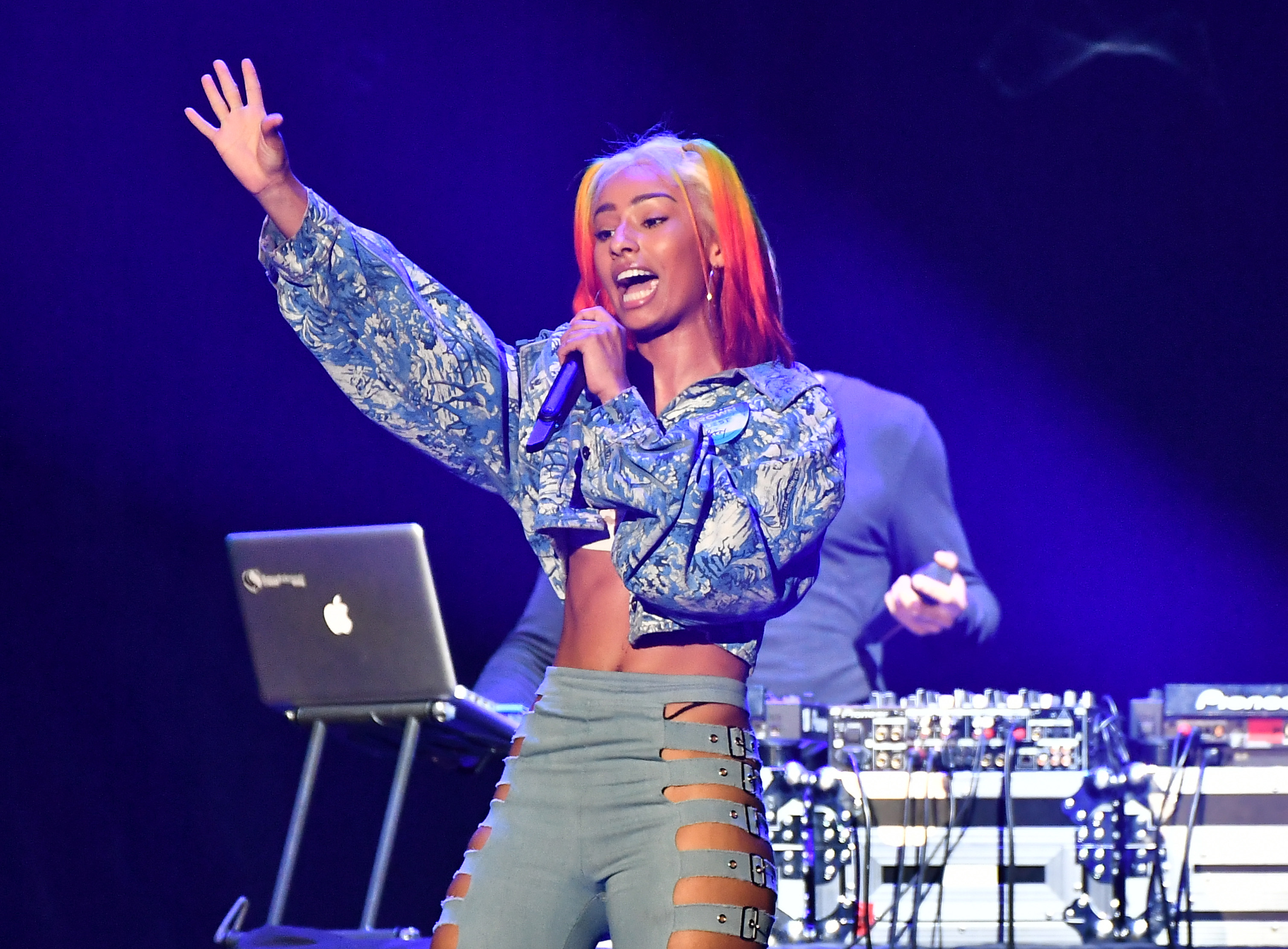 Before LaBoy introduced the Demon Time segment, he asked Kash to elaborate more on guys “buying gifts for girls to post so they can get new pussy.” “Some niggas do, and some niggas don’t. Especially the ones who want their shit back,” she uttered. The host assumed that the rapper was “hurt” by a guy wanting his gifts back. “Oh nah, I’m just keeping it a buck. Niggas ain’t getting shit back. Fuck you! On hood!” The show ended with Kash playfully attacking LaBoy after claiming that she was “the worst Pisces that there is.”

Watch the Kash Doll and Rubi Rose episode of “Respectfully Justin” above!