“We must do everything possible to protect the nearly 6.2 million households at risk of eviction,” Rep. Cori Bush said.

House Democrats did not succeed Friday (July 30) at gaining enough votes to extend the national eviction moratorium. Millions of families could be at risk of homelessness as the coronavirus pandemic continues to surge with the Delta variant.

House Speaker Nancy Pelosi pleaded with her colleagues in a letter sent Thursday (July 29) to take heed to the Gospel of Matthew and their “responsibility to provide shelter to those in need.”

“In the last 24 hours, a challenge to the conscience of the Congress has descended upon us, as millions of Covid-affected renter households are facing eviction,” Pelosi wrote.

Congresswoman Cori Bush — alongside squad members Rep. Ilhan Omar and Rep. Ayanna Pressley — spent the night sleeping on the steps of the U.S. Capitol protesting the end of the eviction moratorium. 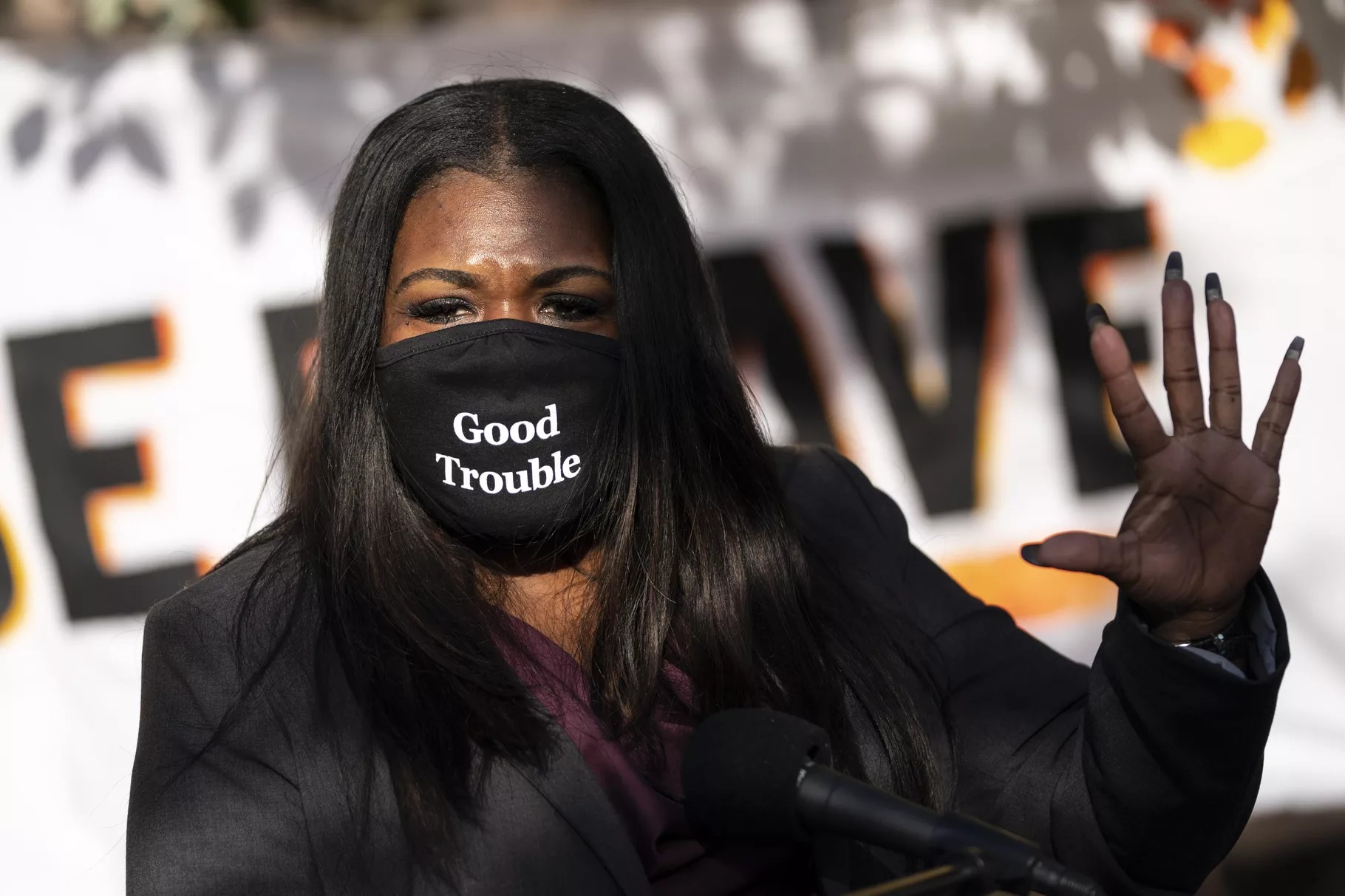 In a letter issued to her fellow congress members, Bush urged legislators not to leave for the seven-week August recess until the moratorium is extended. “We must do everything possible to protect the nearly 6.2 million households at risk of eviction,” she wrote. “I’m urging you as a formerly unhoused congresswoman, I have been evicted three times myself. I know what it’s like to be forced to live in my car with my two children. Now that I am a member of Congress, I refuse to stand by while millions of people are vulnerable to experiencing that same trauma that I did.” 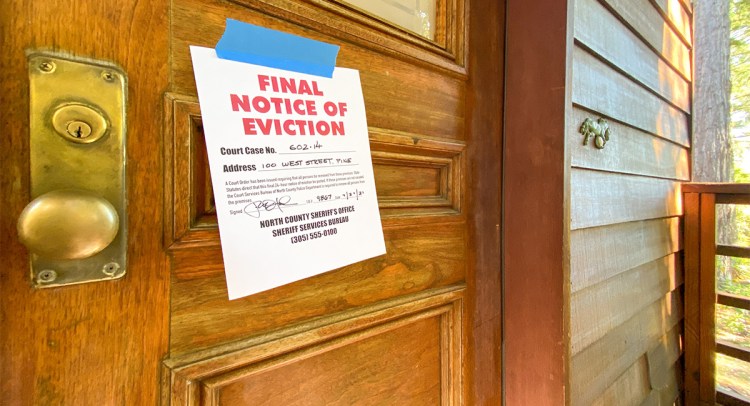 On Twitter, Bush shared a picture of herself with Rep. Pressley and Rep. Omar: “It’s 1 AM. Our solidarity is strong and our numbers are growing. Millions are at risk of being removed from their homes, and a Democratic-controlled government has the power to stop it. Extend the eviction moratorium now,” she tweeted.

Rep. Maxine Waters crafted the Protecting Renters from Evictions Act of 2021 but could not gain enough support for it before members of congress left Friday evening. Republican critics opposed extending the moratorium and questioned why Democrats waited until the day before the moratorium ends to take action.

It’s 1 AM. Our solidarity is strong and our numbers are growing.

Millions are at risk of being removed from their homes, and a Democratic-controlled government has the power to stop it.

President Biden has pushed for state government officials to continue to disperse the federal aid allocated to renters and landlords. “State and local governments began receiving Emergency Rental Assistance funding in February and were eligible for an additional $21.5 billion passed in the American Rescue Plan,” Biden wrote in a statement. “Five months later, with localities across the nation showing that they can deliver funds effectively – there can be no excuse for any state or locality not accelerating funds to landlords and tenants that have been hurt during this pandemic. Every state and local government must get these funds out to ensure we prevent every eviction we can.”

Many of my Democratic colleagues chose to go on vacation early today rather than staying to vote to keep people in their homes.

I’ll be sleeping outside the Capitol tonight. We’ve still got work to do. pic.twitter.com/9l52lWBM73

"An avoidable disaster". That part. Eviction is a policy choice, and a violent one at that. The indifference by many is heartbreaking but we find joy in the strength of our movement. pic.twitter.com/XJ1UhXAODC

So grateful for everyone who joined us and to @AyannaPressley and @CoriBush. https://t.co/9FlxRI3yyB