Learn more about how these three women are honoring their authentic selves through music.

Looking back throughout the past five decades, it is incredible to name countless examples of how hip hop culture has grown and evolved over the years, resulting in a global impact that is impossible to ignore. Trailblazer Cindy Campbell can be found at the heart of the beloved music genre’s origin story. As a teenager, she organized a fundraiser and recruited her brother, DJ Kool Herc, to entertain guests from the neighborhood so she could earn some extra cash to buy the freshest back to school clothes. The infamous party, which took place at 1520 Sedgwick Avenue in the Bronx on August 11, 1973; has since been historically acknowledged as the birthplace of hip hop, further reinforcing how without the forward-thinking actions of an inspired young woman, things may have looked a lot differently from how they do now.

Thankfully, we don’t have to imagine a world without hip hop, with generations of artists carrying forward the same spirit and legacy set in motion by a renowned class of early pioneers and originators. Today, emerging artists such as Young Devyn, Charm La’Donna and KentTheMan are working tirelessly to carve their own lane all while embodying the same authenticity that has given hip hop its undeniable power as an expressive artform since day one. In celebration of Black Music Month, let’s take a closer look at where these three ambitious heavy-hitters get their motivation from as they rise up the ranks to lay their stake in the 2021 hip hop space.

Much like the energy behind the title of her recently viral hit “Straight to It” suggests, Young Devyn has wasted no time getting after what she wants. Her determination to overcome challenges first became evident when she beat a rare condition known as Kawasaki disease at the age of 2. As the Brooklyn-bred, Trinidadian artist grew older, she innately gravitated towards music and eagerly began exploring her own talents as a vocalist. Born into a musical family, her childhood was soundtrack by a vibrant mixture of traditional Soca music, hip hop and R&B, creating a strong foundation that reflects her heritage and heart alike. At the age of 7, Young Devyn got her first taste of the spotlight when a video of a local talent show she performed in captured the attention of a Brooklyn radio host, who then invited her to appear on his digital Soca radio program. Soon thereafter, word began spreading that there was a bourgeoning new force to look out for taking the scene by storm. 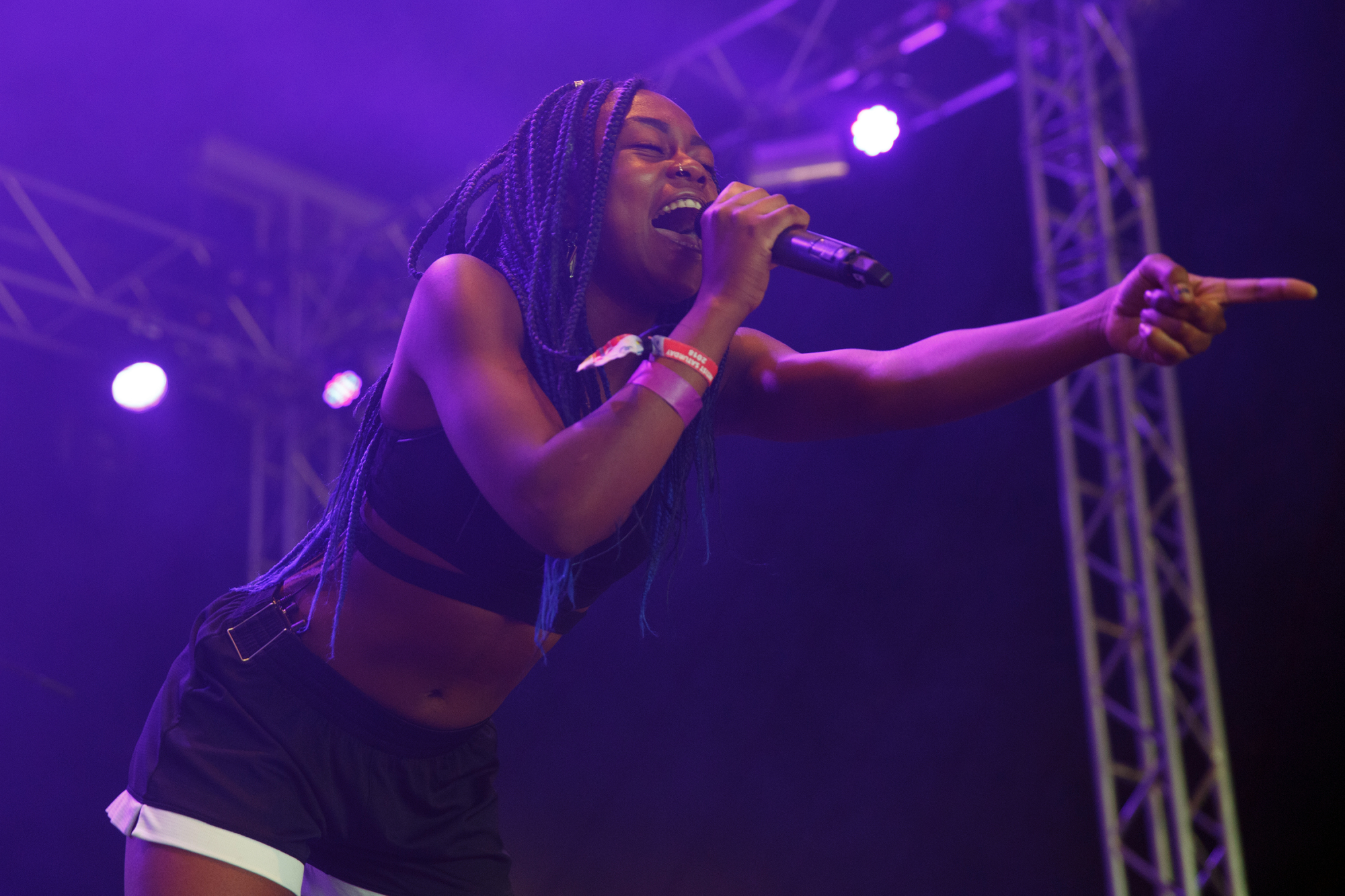 After spending the first chapter of her career building a name for herself and sharing the stage with iconic artists such as Machel Montano, Lyrikal, Patrice Roberts and Beres Hammond, Young Devyn began experimenting with bringing hip hop and R&B influences into her sound, with her penchant for freestyling quickly becoming evident. Her effortlessly cool style translates well through her personality-packed bars and laidback, yet lavish fashion taste alike, allowing this natural-born performer to always be ready to jump on stage or in the booth. From being championed by the likes of Nicki Minaj, Taraji P. Henson and Jermaine Dupri to becoming the youngest artist to be featured as part of the BET Hip-Hop Awards Cypher in 2019 at the age of 17, Young Devyn, now 19, is entering this next chapter with excitement to see where her passions will take her next. Masterful behind the mic, her individuality shines through in all that she does, whether she’s delivering fierce rhymes or showing off her melodic side. With her future bright as ever, Young Devyn is certainly not letting up on the gas anytime soon.

Charm La’Donna’s unwavering dedication to self expression is not exclusive to any one medium in particular, proudly taking ownership of a variety of titles including choreographer, creative director, actor, dancer, songwriter and recording artist. For this boundary-pushing multi-hyphenate, learning how to hone her creativity in different areas is a welcome challenge, with part of the battle simply being what aspect of her artistry to focus on next. After spending the majority of her childhood studying dance, the Compton, California-born artist went on her first tour with none other than Madonna as a back-up dancer at the age of 17. With her passion for the arts ignited, she went on to enroll at UCLA, balancing her studies as a World Arts and Culture major with her work as the protégé of acclaimed dancer, choreographer and music video director Fatima Robinson. Learning from the expertise and example of such a creative force further solidified Charm’s drive to keep pushing forward and continue adding to her own ever-evolving résumé, while developing her signature style and weaving her characteristic charm into every project.

Tirelessly working her way to becoming an in-demand dancer and choreographer, she’s since worked with a wide array of established acts in popular music including Selena Gomez, Meghan Trainor, Britney Spears, Pharrell, Jay Rock, Anderson.Paak, Dua Lipa, The Weeknd, Kendrick Lamar, Ella Mai, Rosalía and 6lack to name a few. Additionally, she received an MTV VMA Award for Best Choreography for “Con Altura,” with the music video for the collaborative track by Rosalía and J Balvin featuring El Guincho garnering over 1.8 billion views to date. While Charm may be best known for her inventive work in the choreography space, her love for music has been a common thread throughout her life, with her experiences on stage inspiring her to pursue her own career as a recording artist. Releasing her debut single, “West Side,” in May 2020 was equal parts a leap of faith and a musical homage to her West Coast roots, with the track’s warm reception further reaffirming that as long as she stays true to herself, she’s on the right path. In April 2021, Charm released a self-titled EP through Epic Records, a project she describes as a literal representation of who she is. Full of empowering anthems, the 7-track collection showcases how brilliant and magical it is when passion and purpose align. 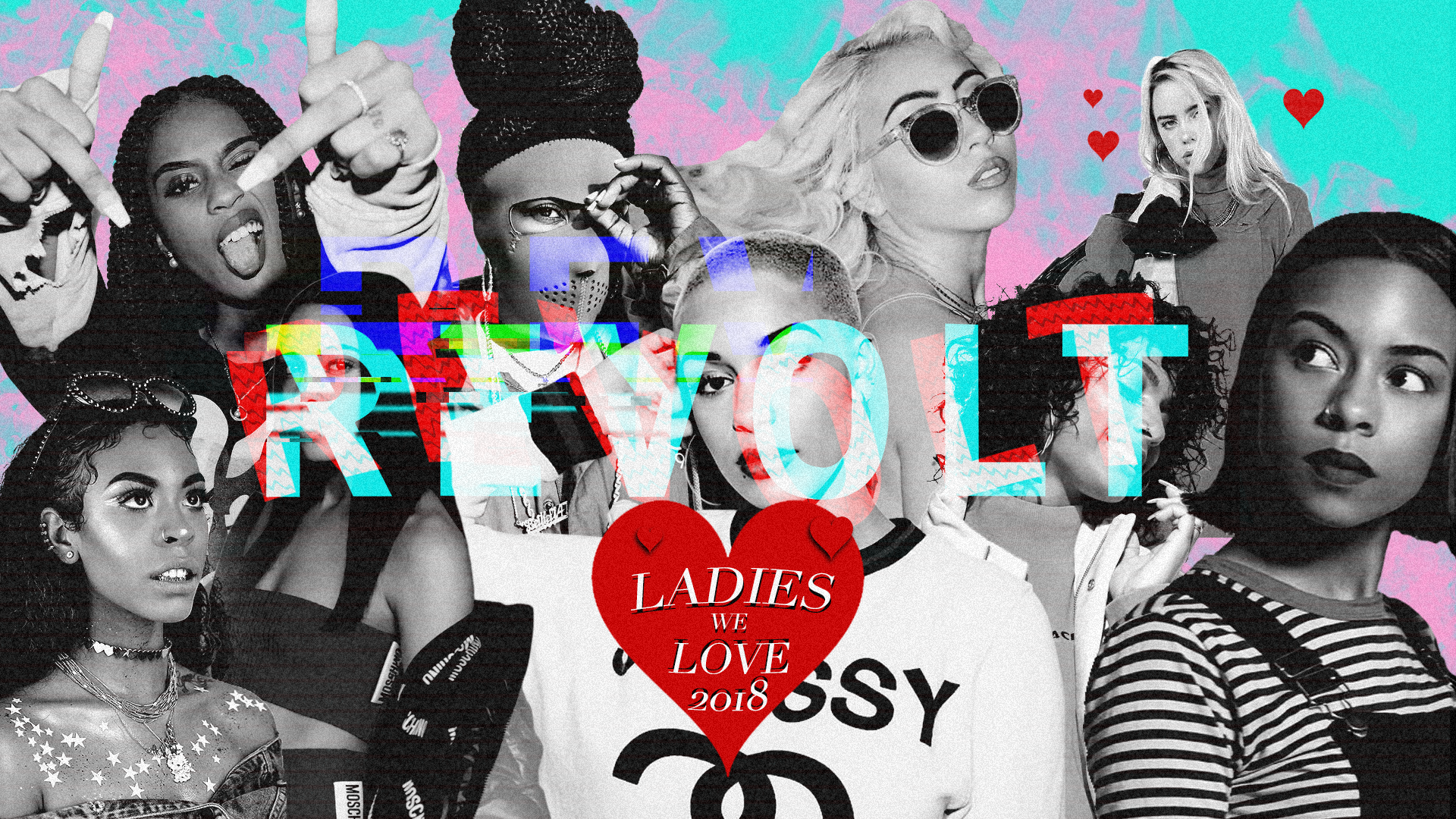 Proudly hailing from Houston, Texas; KenTheMan is a rapper destined to become a household name. Born Kentavia Miller, she developed a love for language early on in life. Her natural talent as a writer led her to win a poetry contest in the third grade, giving her both confidence and encouragement to continue honing her skillset with the pen. In the years that followed, Ken turned to journaling as a therapeutic practice, with each blank page helping her discover her own distinctive voice and allow her to lean into her individuality without fear. While she sang in a choir and participated in talent shows growing up, she wasn’t sure if a career in music was in the stars for her or not and decided to pursue a psychology degree with the initial plan of becoming a therapist. As a way to have fun with her friends, Ken began singing in girl groups and casually rapping as a hobby, and through this, it soon became clear that maybe the path of an entertainer was for her after all.

As others were quick to take notice of her undeniable talent as a lyricist, the artist decided to pursue music in a more serious capacity, promising her father that if her career didn’t take off, she would return to a more traditional career route. In 2015, KenTheMan released her first mixtape, Kenny’s Back, comprised entirely of freestyles. This project helped introduce her to a growing audience. While balancing motherhood with establishing herself in music, her hard work first began to pay in tremendous ways when her 2019 single “He Be Like” went viral. The breakout track, which she wrote in her car while working as a delivery driver, propelled her career to new heights and allowed her to continue building upon hard-earned momentum. In August 2020, KenTheMan dropped her debut EP, 4 Da 304’s, which impressively garnered 3 million streams within its first 24 hours being released. As a full-package artist, Ken unapologetically weaves her confidence into her music, visuals and personal style, while showcasing how she isn’t afraid to take risks or express herself wholeheartedly. Evident throughout her high energy performances, stunning photoshoots and dynamic raps, taking ownership of who she is as an artist and person plays an integral role in the legacy she’s carving. As she continues to add to her body of work, such as with recent singles “Watch Me” and “Might Not Like It,” KenTheMan is building a reputation as an artist determined to rise one bar at a time.

Keep it locked on REVOLT to see where music takes these talented women next. Happy Black Music Month from REVOLT and Target!