“The newcomers keep your legs tight and they keep you racing mentally and physically,” Treach told REVOLT. “I listen to the music now from them and it inspires me to write.”

Born Anthony Criss, Treach is a founding member of ‘90s hip hop group Naughty by Nature. Alongside Vin Rock and DJ Kay Gee, the Jersey-based trio is responsible for hits like “O.P.P.” and went on to shake tables, and even nabbed a Grammy for “Best Rap Album” for Poverty’s Paradise. For the MC, using his voice didn’t stop in the group and he has since gone on to pursue his solo career in music and acting. Today, you can catch him in “The Family Business” on BET+.

REVOLT caught up with Treach to discuss the new show’s season, what he learned from LL COOL J about the importance of positive messages in your music, and more. Check out our conversation below!

Tell me about “The Family Business” and your character.

Carl Weber’s “The Family Business’’ was the number one show on BET+ last season and now we’re in the second season. If it’s a gangster story, you’ll always see the Tony Montanas, the Sopranos and all that, but we have an African-American family who are basically a crime family and one of the top ones in the United States, and they’re based in New York City. Ernie Hudson, who is the king of the Duncan clan, and his family come at odds with me. I have a problem with them because I’m a hitman who’s locked up — a Muslim assassin. While I’m locked up, my wife ends up dealing with one of the Duncan sons, so I’m very ticked the wrong way. I have to find a way to get out of prison, so I can handle things with the Duncans. So, I’m one of the adversaries in there. 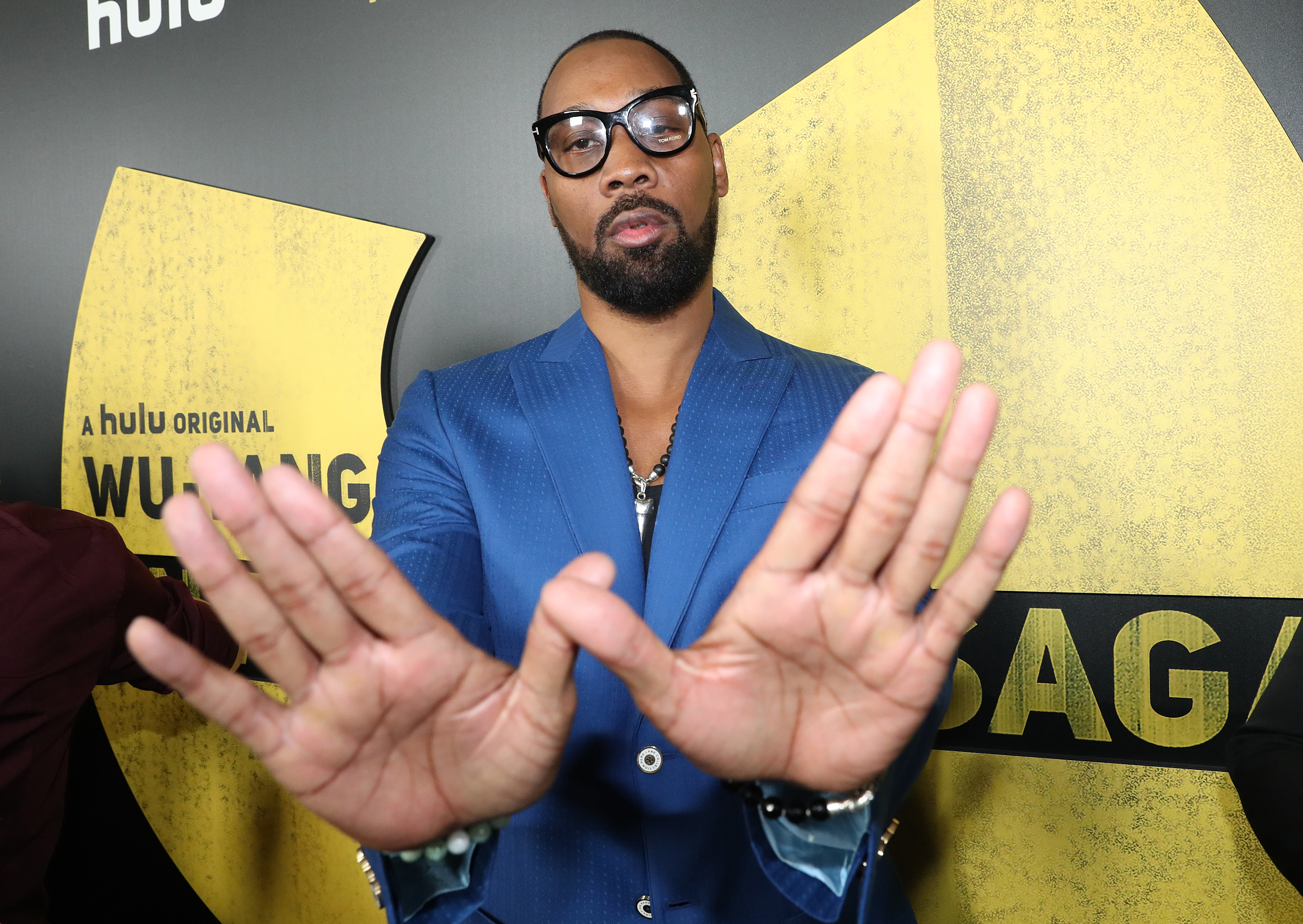 How has hip hop used its voice to uplift political messaging?

This goes back to the conception of hip hop. I could always remember back with Public Enemy. When you really start listening to the lyrics, you get past those banging hate tracks and Flavor Flav screaming out his ad-libs. When you listen to it, you’re like, “Yo, this is powerful.” When you listen, so many different issues were touched on in KRS One, X Clan, Brand Nubian; and when you hear so many different positive messages in hip hop from then, it’s a beautiful thing when you see DaBaby come out with a whole song addressing the issues of what’s going on today. It was happening back then in the ‘50s and ‘60s, but it didn’t stop. They’re still out here and they’re still active. I’ve even seen Cardi B do commercials for voting and it shows how powerful hip hop is. Our voices really count and the youth is listening.

How has hip hop evolved as a powerful platform to speak to the masses over the past four years?

It’s great to me because I’ve heard since the beginning of hip hop, naysayers would be like, “Hip hop is only gonna be around for five more years and you’ll never hear from it again.” It’s never dying and it’s always evolving. Yeah, the sound of the music is different, but regularly every 10 or 15 years, the sound of hip hop music switches. That’s been part of the strength and evolution of hip hop because it’s always changing. It’s always catered to the youth, but now you have 50, 60 and 70-year-olds who know hip hop, grew up off of hip hop and now the torch has passed to the new generation. They’re doing a good job running towards that line!

What would you tell any upcoming rappers about meaningful messaging in their music?

I heard LL COOL J say once — and I think he was either giving an award or receiving one — to the rappers that are out there now to put a little something in there for the kids. Drop some jewels on them. You could be flossing, you could be partying, you could talk about the street life and stuff, but drop off some messages in your music to the kids. Subliminally, he was saying that kids listen to the music and I always say that gangsters don’t want to listen to hard gangster music all day. They want to hear songs about a positive outcome.

We did a song called “Everything’s Gonna Be Alright” ...and Tupac put out “Keep Ya Head Up” and songs like that. One of my favorite rappers Ice Cube when he came out, one of his biggest records wasn’t even a gangster record. It was “Today Was A Good Day.” Something about that feel good music that gives you inspiration is not only for the kids, but it’s therapeutic for all of us. 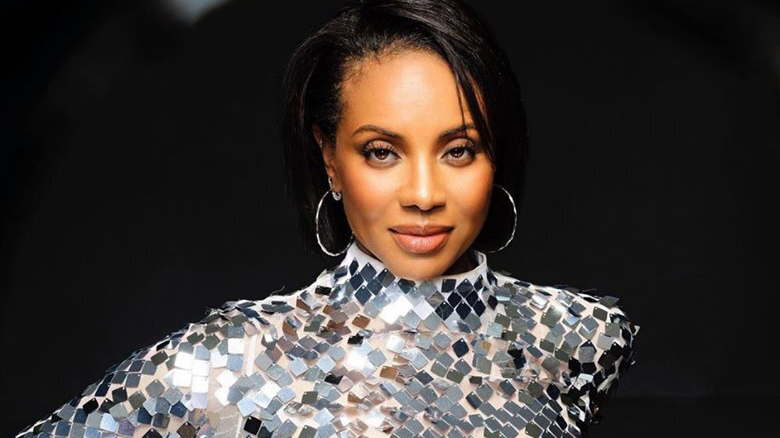 What do you think hip hop vets can learn from newcomers?

The newcomers keep your legs tight and they keep you racing mentally and physically. I listen to the music now from them and it inspires me to write. It’s not for us to dog out the youth and there’s a lot of people our age who have been in the game — the OGs — who say “That ain’t real music.” That’s their music right now, that’s their sound, it’s still hip hop, it’s still our culture. I guarantee you that you can’t listen to every song and say, “This is trash” when the majority of it is bangin’. You’re gonna have good and bad music, but let the youth do what they’re doing because they’re doing an amazing job. I’m seeing a lot more ownership and independence going out, so it’s teaching our people that you can own it, be in charge of your own destiny and be that boss.

How can artists use their platforms during this time of social unrest?

Everybody protests differently. Our way has always been through music, dance, theatre or acting. I know it’s our 30-year anniversary and we’re working on new Naughty music, Treach solo music, but everything that we do is an opportunity to put our standpoint there. We can’t be at every rally or speech, and now that there’s COVID, we have a lot of restrictions. Through our music and doing interviews like this, and talking about it, that’s doing our part. Some of our strongest music comes from writing about struggle and if we ain’t been through a struggle in these last four years, we never have.

What has your time in the music industry taught you about your personal form of protesting?

When Freddie Gray was killed down in Maryland, we marched and we basically went down there to take the kids. We were watching the news, and saw kids around my kids’ age throwing bricks and bottles at the police cars. The first thing we said was, “It’s only a matter of time before they open fire on these youth. These are our kids.” A lot of us came from New Jersey and New York, and we mobbed down there.

We were actually on the front lines where the National Guard was and we told the kids, “We’re here now. Y’all go home.” We had a relationship with the National Guard and told them that we weren’t here to do anything, but get our kids off the frontlines and peace this out as quickly as we can. They gave us the respect to be out there and clear them like that. When we can, you do see a lot of rappers out there protesting. Yeah, we do go out there, and a lot of the ones who can’t do a lot through their music and their social media. The call is there for us to roundup now. 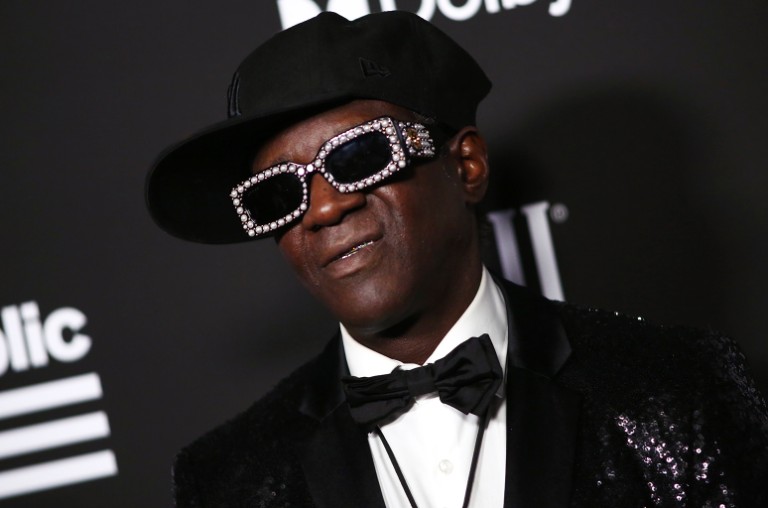 As we move into President Joe Biden and VP Kamala Harris’ administration, how do you see the relationship between hip hop and politics strengthening?

It’s obvious from where we left with the Obama administration, we had Biden right up in there. I think you see many hip hop artists come through to reach out to the politics actually being there with the president, and the president actually going to JAY-Z and Beyonce concerts. The hip hop is intertwined there. I heard that our vice president is a throwback hip hop fan. The culture is in there and it’s just beautiful to have a representation that loves the culture and the art, and allows us to go in there. That’s what we need for the future and to have more of an open mind as people as a whole, as one, instead of the separation that’s there now.