To get the fans ready for their Verzuz on Easter Sunday, we compiled a list of The Isley Brothers and Earth, Wind & Fire’s most notable hits that you can expect to hear during their showdown. Remember these?

Every genre has its legacy acts whose music helped define an entire era. In the world of R&B and soul, there are a number of groups and soloists that fit this bill. But, two that stand head and shoulders above their contemporaries are Earth, Wind & Fire; and The Isley Brothers. Hailing from Cincinnati, Ohio; The Isleys were the first to arrive on the scene, jump starting their career during the ‘50s before truly hitting their stride throughout the ‘60s and the ‘70s. This was the period when they released the bulk of the material they’re celebrated for today.

In contrast, Earth, Wind & Fire was formed by Maurice White in Chicago, Illinois; but came into its own after White’s transition to Los Angeles during the early ‘70s. The next decade would be fruitful for the group, as they released a succession of highly successful platinum albums and singles, and established themselves as one of the premier acts in all of music. The Isley Brothers also achieved considerable success during this period with albums like 3+3 and Go For Your Guns both achieving platinum certification.

Having both gone through various lineups, the two groups are more than capable of putting on a spectacle for the public. Which is why fans in the music world collectively lost its mind when it was announced that they would be facing off in the very next Verzuz battle on Easter Sunday (April 4). Both holding cultural anthems at their disposal, the Rock and Roll Hall of Fame and Vocal Group Hall of Fame inductees are more than equipped to wow fans while educating us on their history.

To get the fans ready for the event, which will be hosted by Steve Harvey, curated by DJ D-Nice, and aired live on streaming platform Triller, REVOLT compiled a list of The Isley Brothers and Earth, Wind & Fire’s most notable hits that you can expect to hear during their showdown.

Creating magic with his work on The Emotions’ chart-topping hit “Best of My Love,” Maurice White tapped the group to appear on “Boogie Wonderland,” the lead single from Earth, Wind & Fire’s 1979 effort, I Am. Pushing the album to No. 1 on the Billboard Top Soul Albums chart and No. 3 on the Billboard 200 chart, the song was a resounding success. It was also certified gold, and earned Grammy nominations for Best R&B Instrumental Performance and Best Disco Recording.

Lulling listeners into a sonic bliss with each riff, Ernie Isley’s guitar intro on “Voyage To Atlantis” sets the stage for an epic performance by his brethren, who combine their talents to take us on a trip to a world unimagined. Swooping in with his feathery vocals, Ron Isley laments the emotional tug-of-war he’s embroiled in, contemplating whether a future without his romantic partner is feasible. While those questions are left open-ended, what’s certain is that this song, which peaked at No. 50 on the Hot Soul Singles chart at the time of its release, will result in one of the highlight moments of vintage musical celebration.

Earth, Wind & Fire come together in harmonious fashion for this buoyant composition in “Fantasy.” Released as a single from their All ‘n All album, the track was yielded significant success, reaching No. 12 on the Billboard Hot Soul Songs chart and No. 32 on the Billboard Hot 100 chart, respectively. Conjuring images of an ethereal realm where all your dreams are within arms reach, Earth, Wind & Fire step into the Verzuz arena equipped with heavy artillery in the form of this uplifting throwback.

SiR covers The Isley Brothers’ “Footsteps In The Dark” 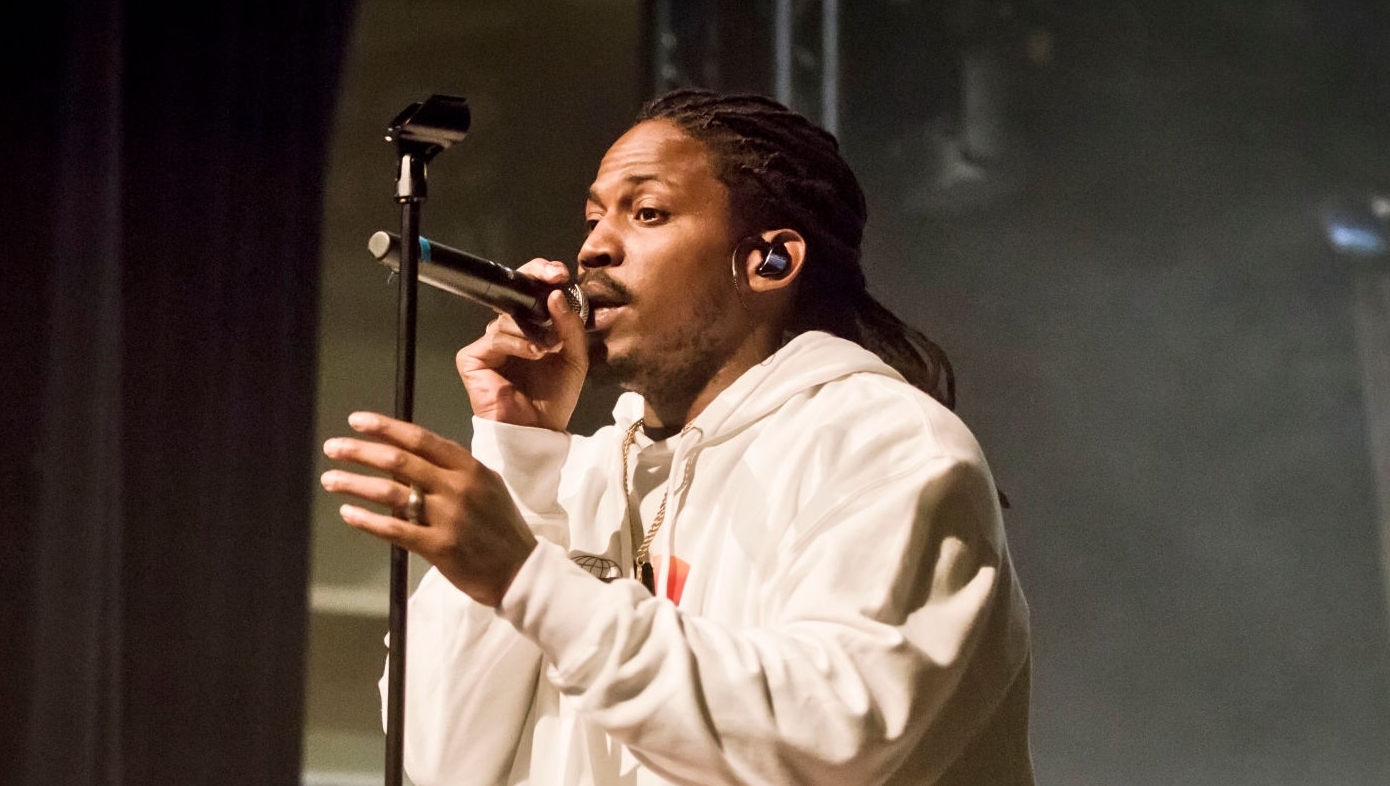 Initially included on Go For Your Guns, this deep cut was rolled out as the B-side of the Isleys’ “Groove With You” from their subsequent album, Showdown, in 1978. From there, it grew into a fan favorite, as listeners fell in love with Ron Isley’s nimble vocal performance and the track’s twangy guitar riff. Famously reworked by Ice Cube for his 1993 single, “Today Was a Good Day,” “Footsteps in the Dark” has emerged as one of the more recognizable songs from the Isleys and could steal a round in this face-off based on the familiarity factor alone.

An air of nostalgia wafts through the air whenever this breezy offering is within earshot, and it surely will again when Verdine White and the crew congregate this weekend. Produced by Maurice, this cut is from Earth, Wind & Fire’s 1975 soundtrack album. The song added to the band’s catalog of hits, peaking at No. 5 on the Billboard Hot Soul Singles chart and No. 12 on the Billboard Hot 100. Featuring lyrics directing us to remain “young at heart,” this uplifting salvo is sure to take various listeners down memory lane.

Prior to other artists doing their own takes of The Isley Brothers’ classics, the group itself was borrowing from the likes of Seals and Crofts, hijacking the duo’s 1972 release “Summer Breeze.” Incorporating hard-rock into their rendition, The Isleys’ version failed to eclipse its predecessor commercially, but was a hit in its own right, peaking at No. 60 on the Billboard Hot 100. It has lived on to become arguably the most acclaimed version of them all.

The lead single off of Earth, Wind & Fire’s 1981 release, Raise!, this cut, which arrived at the tail-end of the disco era, is one of the group’s more popular party-starters. Urging listeners to brandish their latest dance moves, Maurice and company band together for an uptempo ditty that’s stood the test of time and transcends generations. It remained on the top of the charts well into 1982. Peaking at No. 3 on the Billboard Hot 100 and achieving gold certification, “Let’s Groove” stands to be a tough out given its sheer ubiquity as a cookout classic.

Steve Harvey to host Earth, Wind and Fire; and The Isley Brothers’ Verzuz 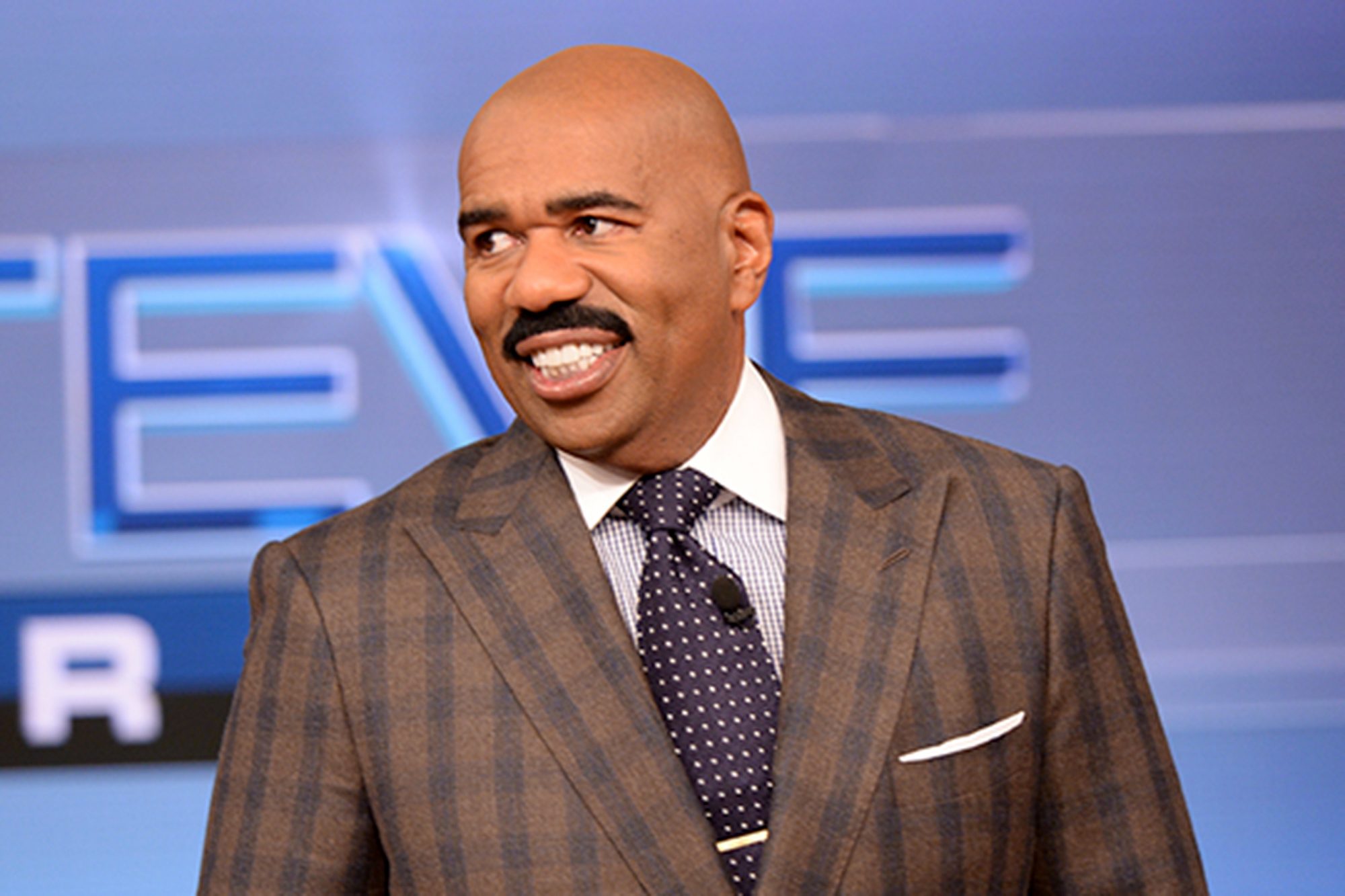 In 1973, after inking a record deal with Epic Records through their T-Neck Records, The Isley Brothers revamped their 1964 cut “Who’s That Lady” into “That Lady,” bolstering the sequel with a silky, yet upbeat feel. Their first recording after adding guitarist Ernie Isley, bassist Marvin Isley and keyboardist/pianist Chris Jasper into the fold, “That Lady” stamped the new lineup as a winning one, peaking at No. 6 on the Billboard Hot 100 and No. 2 on the US R&B Singles chart. From Ron Isley’s seductive performance to Ernie’s otherworldly guitar solo at the end of the track, this tune is the type of change of pace that could catch their opponents and the Verzuz crowd off guard if played at the most opportune moment in the battle.

Things get steamy on this velvety ballad from Earth, Wind & Fire’s soundtrack album, That’s the Way of the World, as the band channel their yearning desires amid plush instrumentation that turn this subtle bedroom romper into a grand affair. Headlined by member Philip Bailey, whose lead falsetto does the heavy lifting vocally, this selection is regarded as one of the group’s breakthrough anthems and continues to attain rave reviews from music enthusiasts of all ages.

Released as the second single from their 1975 effort, The Heat Is On, this languid groove became the Isleys’ second Top 40 hit from the album, landing at No. 22 on the Billboard Hot 100. While Ernie’s guitar riffs are normally the main attraction, bandmate Chris Jasper’s work on the synthesizer takes centerstage on this outing, and serves as the main pillar that the track is built upon. And when you add in Ron’s tempered, albeit standout showing vocally, “For The Love of You” is all but required to be on the group’s setlist come Sunday.

While already respected as musicians and songwriters; Earth, Wind & Fire catapulted to a new level with the release of this single in 1975, which captures the band putting forth arguably the most riveting performance of their career. Motivational in nature, “Shining Star’s” lyrics and theme push listeners to see the magic within themselves. A monstrous hit, it skyrocketed to the top of both the Billboard Hot 100 chart and the Billboard Hot Soul Songs chart — their only single to achieve that feat. Earning a Grammy award for Best R&B Performance by a Duo or Group with Vocals, “Shining Star” is akin to the big joker in the group’s deck of cards. 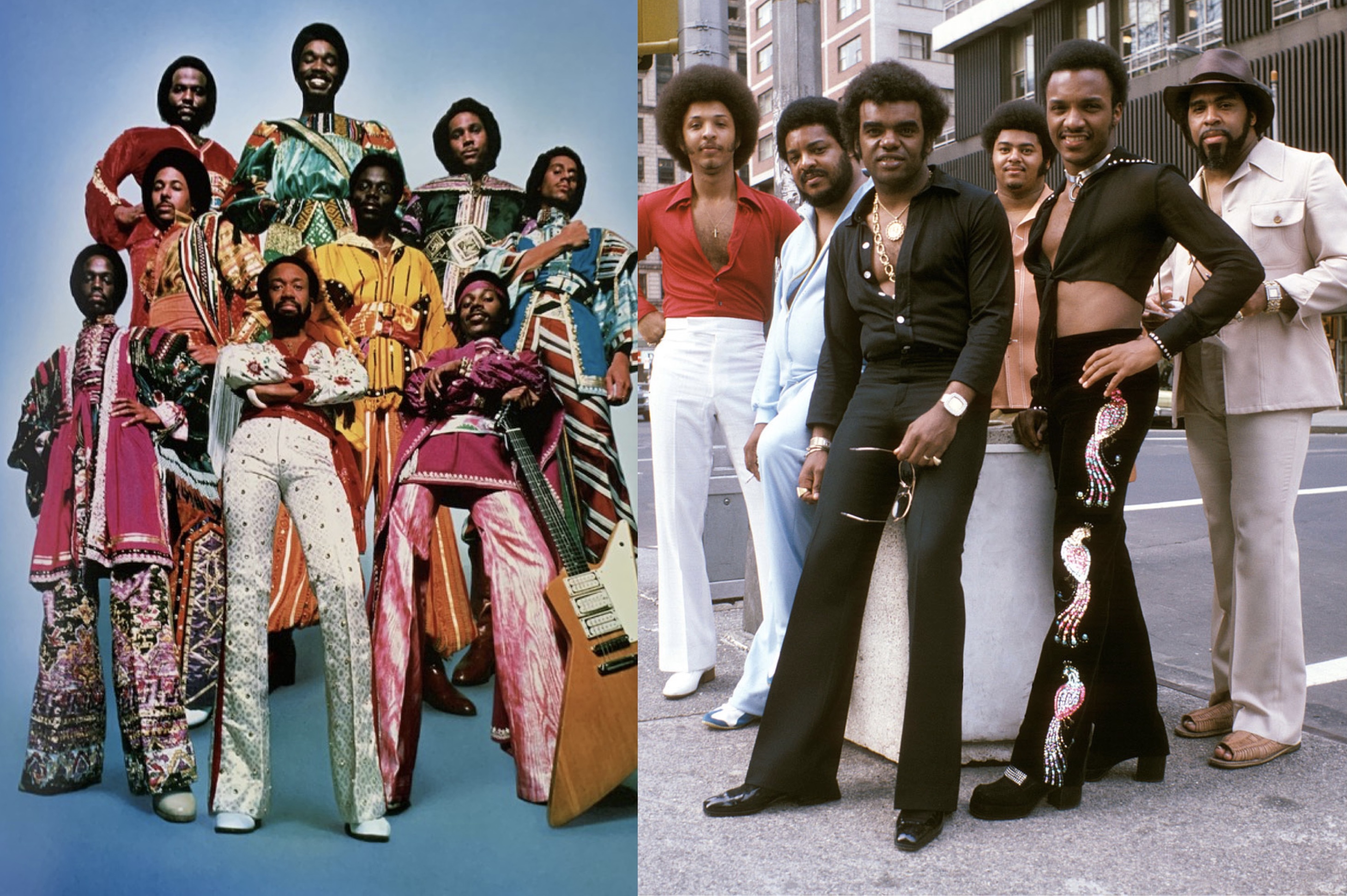 A large segment of the viewership may associate this song with late R&B icon Aaliyah, however, while her rendition is an admirable one, the older heads know where its roots trace back to. Released in 1983, “Choosey Lover” marked the end of an era for The Isley Brothers, as it would be the group’s last charting single to feature its three youngest members, as they would break ties to launch their own group, Isley-Jasper-Isley, the following year. Nonetheless, the song itself was yet another highlight for the band, peaking at No. 6 on the Hot Black Singles chart and standing as one of their quintessential bedroom burners.

In Verzuz, the final selection played by either musical act is usually reserved for the song that either made their career or defined their peak. In that case, Verdine’s playbook should call for him to cue up “September,” Earth, Wind & Fire’s most enduring, if not commercially successful composition. Released in 1978, the song marked the debut of the group’s record label, ARC, and continued their streak of crossover hits, peaking at No. 8 on the Billboard Hot 100, and dominating the R&B and Soul charts. In the time since its release, the song has become a cultural phenomenon.

Decades before Ludacris popped the question, Ron set things off by inquiring about a potential lover’s innermost fantasy on this timeless R&B slow jam. Doubling as the title track from The Isleys’ 1983 album release, “Between the Sheets” proved to be irresistible, dominating radio and peaking at No. 3 on the Hot Black Singles chart, one of the group’s last triumphant moments of the decade. Spouting off plenty of sensual innuendo to spare, Ron plays the male temptress on this outing, luring his prey into his clutches with each lyric crooned. Inspiring countless classic songs, most notably The Notorious B.I.G.’s “Big Poppa,” “Between the Sheets” is a pivotal selection that continues to influence and gain new life with each spin.