In this installment of “Studio Sessions,” the engineer explains how Travis Scott and Big Sean collaborated to make “Lithuania,” working with Mike Dean on The Life of Pablo, and Desiigner’s creative process. Read up!

Engineer Tom Kahre has had his hands on some of the best albums from G.O.O.D Music including Kanye West’s The Life of Pablo.

“Chris [Brown] is a notoriously fast recorder...I was sort of the engineer in Mike’s room and got to record a whole bunch of people,” Kahre told REVOLT. “I recorded Kid Cudi, Travis Scott, and worked with Andre 3000 a little bit. I worked with Tyler, the Creator; and Doug E Fresh, as well.”

In this installment of “Studio Sessions,” the engineer explains how Travis Scott and Big Sean collaborated to make “Lithuania,” working with Mike Dean on The Life of Pablo, and Desiigner’s creative process. Read below!

You’ve been credited as the recording engineer on Big Sean’s music since 2019. How did you two connect?

The first time I worked with Sean was in 2018 in Uganda with Kanye. We were both out there working on what would’ve been Yandhi. We hit it off. Later it came down the wire he was looking for an engineer and someone put me in for it. When I showed up at the studio for a trial run, he saw it was me and was like, “Oh, it’s you? We’re good.” It’s been 2 1/2 years since then.

What about your recording chemistry works so well?

It’s hard to say. I’m quick. That’s one thing that helps me be universally applicable to anyone I work with. Also, I know music. I have a background in music, so I can speak the language a little bit. 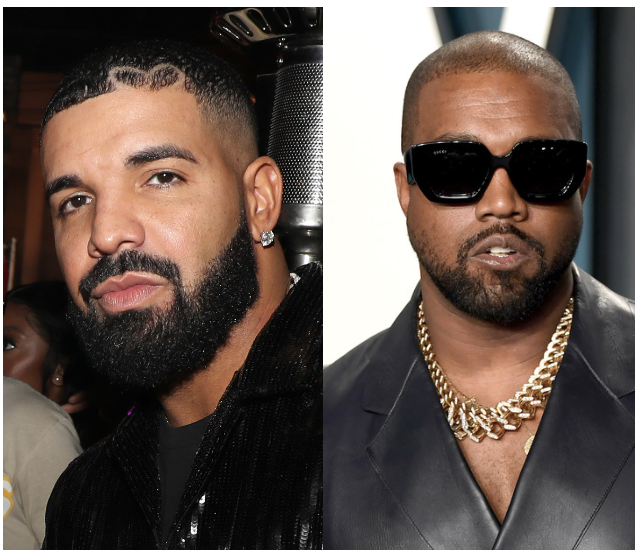 A lot of times it’s the two of us. Sometimes he has people around to bounce ideas off of. We usually start on a reference mic like an SM58. He’ll get his cadence in and he usually has words coming out pretty quick. I record that and piece that together. Later, we fill in the words. He’s usually not writing anything down. Then, we switch to the studio mic and we cut it. From there, we fine-tune it all the way to the point where it’s getting mixed and mastered to be put out. His vocal chain is a Telefunken 251 into a Neve 1073 into a Tube-Tech CL1B.

Out of all of the songs you’ve worked with Sean on, which one has your favorite session?

On Detroit 2, we got together with Stevie Wonder and that was a really cool experience. He was on one of the skits. Just being in Stevie’s creative space with him playing song ideas he’s still coming up with was a pretty special moment.

How do you influence the creative process of the making of these songs?

I’m good for helping if he’s stuck on a word or a line. He’s super cool with me contributing ideas. He’s used a handful of them over the years. I’m also a big analog effect kind of guy, so I’ll usually take stuff home and put it through a couple of guitar pedals and stuff like that to put some extra sauce on it. That’s what I did for “Lithuania,” “The Baddest,” and “Body Language.” He’s also been taking vocal lessons, so he’s been singing a little bit more. He has some melodies on some of the songs. I’m a classically trained singer, so sometimes I can help him find the notes he’s looking for.

Speaking of “Lithuania,” how did that song come together with Sean and Travis Scott?

It was a good vibe and it came together quickly. There wasn’t a lot of sitting around. It was Travis on the mic, then Sean on the mic, and then Travis back on the mic. Hit-Boy was in there giving his two cents and contributions. That came together in two pretty short sessions. There was one where we got the bulk of it done. Then, Travis had to come back and punch in a line or two. That song came together in less than eight hours.

I know that Sean dropped Detroit 2 in 2020. Did you know that he was working on the What You Expect EP?

It was pretty intentional. When it comes to Sean, he has a great ear for stuff. He has a great vision. Very few things happen on accident for him. If they do happen on accident. they’re very happy accidents that work out. It was part of the plan. We put out Detroit 2 in the middle of the pandemic so he couldn’t tour it. There was nothing else to do but keep making music. That’s what we did.

What does Sean like in the studio to make his music?

He definitely likes a vibe. He likes some colored lights. He likes some candles and incense around. We usually have a movie or two on. In the other studio we worked at a lot for Detroit 2, there were two different TVs on the walls. So, a lot of times we’d have The Dark Knight one and Wolf of Wall Street on another. He likes to have creativity in front of him in a nice vibe set with some blue lights or some gold lights, candles, and incense. 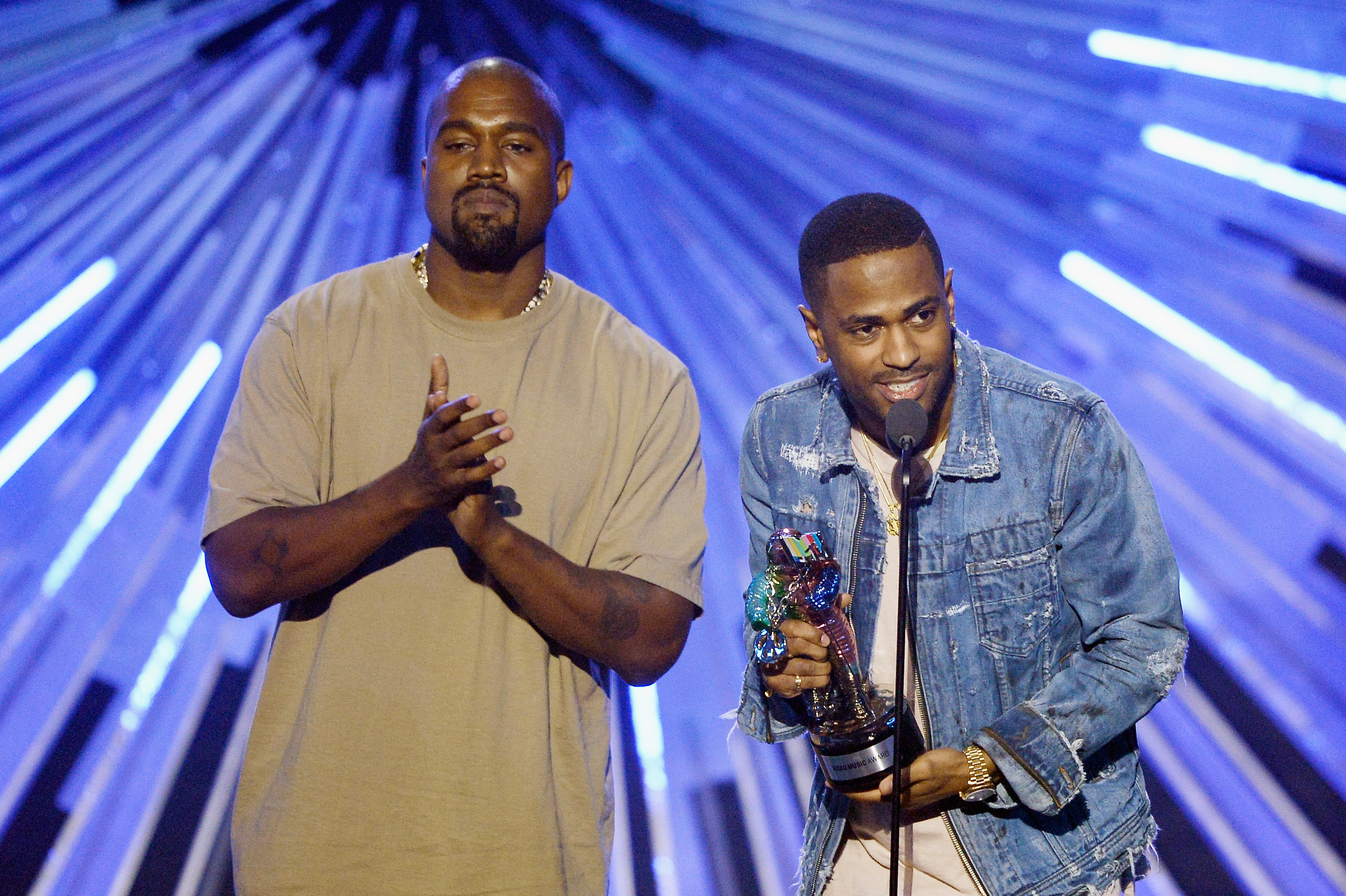 How did you get in the fold with G.O.O.D. Music?

I was a freelance engineer for Paramount Recording in L.A. Kanye booked one of their studios to work on The Life of Pablo and I got a call from the studio owner who wanted me to assist Mike Dean. The studio they booked had two rooms. One room was going to be Kanye’s and his engineer at the time Noel Goldstein. The other room was going to be Mike Dean and me assisting. I was assisting and kinda working both rooms, filling in for the guy who was assisting Kanye’s room here and there. I was a Jack of all trades getting shit done. Chris Brown was coming in to record on “Waves” and they put him in Mike’s room because Kanye was working on some stuff in his room. Mike asked if I was any good at cutting vocals, and I told him I did it all the time. So, he said I was going to record Chris. I had to set up a whole new recording studio in the live room of that room while [Fonzworth] Bentley is talking to Chris Brown — keeping him occupied while I’m walking around getting the studio set up. We cut the song and it went really well. Chris is a notoriously fast recorder. After that, I was sort of the engineer in Mike’s room and got to record a whole bunch of people. I recorded Kid Cudi, Travis Scott, and worked with Andre 3000 a little bit. I worked with Tyler, the Creator; and Doug E Fresh, as well. That’s just to name a few people.

Mike Dean is typically the guy burning the midnight oil to make sure Kanye’s albums are mixed. What is it like working with him?

Mike Dean is a machine. I don’t toss this word around a lot but, in this arena, he’s the only one I’m going to give this title to: He’s the GOAT. He’s the man. He has it all. He has the music chops, ears, engineering ability, the technical know-how. He’s the guy. He’s hardworking, nice, easy-going. He keeps his head down, gets the work done, and smokes his weed. He does great work. I’ve learned a lot from working with Mike.

Another G.O.O.D. Music artist you worked with was Desiigner for his last album on the label, L.O.D. What was it like working on that?

Oh man, it was a lot. It was late nights but never bad vibes. He was such a positive dude. I met him in The Life of Pablo sessions because that was when Kanye flew him to L.A. and signed him. That first day he was in there he asked me, “Yo, you got some beats?” I was like, “Yeah, I got some beats.” The first thing I played, he jumped right on it. He’s just a good dude. He’s a lot more musically talented than I think most people know. He has melodies for days and a really unique charisma about him.

What are your most memorable sessions with Desiigner?

I’d say they’re the ones when we were in Hawaii. We were out there working on some songs I think [that] became L.O.D. I knew he was going to be out there and, initially, they hadn’t asked me to go out. Then, while I’m in L.A., I get a call asking, “How quickly can you get to LAX?” I packed a bag and an hour later I’m sitting at LAX waiting for a flight. In four or five days out there, he made about 16 songs. He made songs like “Afterparty.” I slept in the studio. It was my first time in Hawaii and I didn’t leave the studio until I went back to the airport.

Is there a song that we can hear your the direct influence on?

Yes. “Still I Rise” on Big Sean’s Detroit 2 had a sample in there we couldn’t get cleared and we had to recreate the sample. But, it wasn’t quite right. I knew this really talented trumpet player who I had recorded and I mixed it in with the programmed trumpets and other stuff to recreate the sample. That’s what ended up coming out. On the same album, this song “Harder Than My Demons,” we were recreating the sample we couldn’t get cleared and there were a couple of singers we had to record this part. It was a really technical part and they weren’t quite singing it right. So, I helped them. That really matched the sample so much better when we did that. I think it saved that sample replay. Also, “Feed” on the same album. Sean is always down and supportive of me in my creative endeavors, not just as an engineer. I played some guitar chords but I reversed them to make them sound like a little swell. That added a cool little texture to some of the parts of the song. I also played the keyboard of the little synth melody at the end of that song. 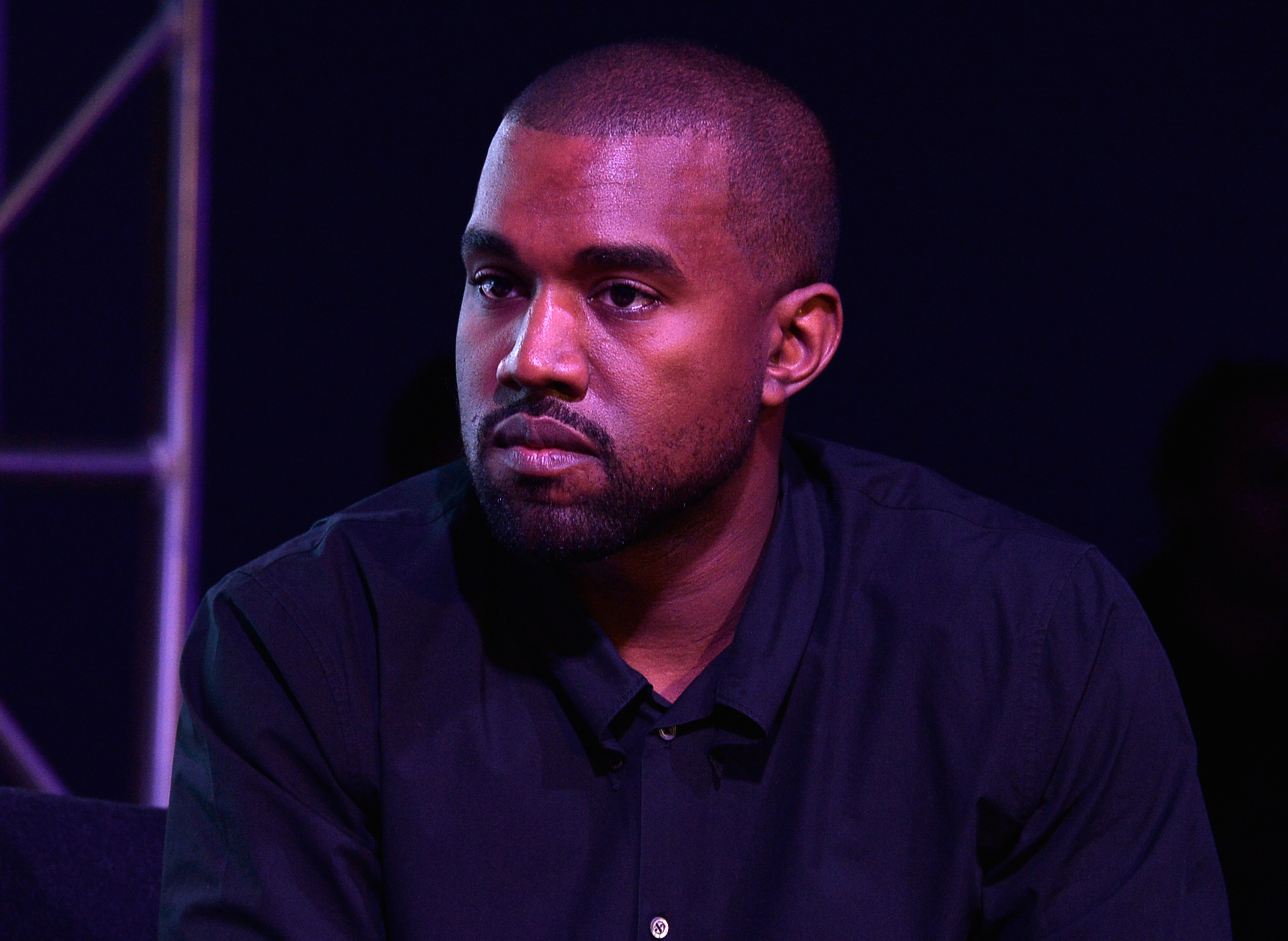 Sean is never not making music. We just put out What You Expect and there are good songs we have in the bag that didn’t make that need to see the light of day. So, I’m going to definitely still be working with Sean. I’m also developing an R&B Pop singer of my own. My biggest project is this house I bought in the mountains outside of San Diego. It’s a couple of acres of land off the grid. We have solar power and a well. My dream is to create a little studio getaway out there so people could come. It’s in the middle of nowhere on a dirt road. They don’t even run power lines out there. That’s my baby right now.