In this installment of “Studio Sessions,” the “Leave Me Alone” rapper discusses getting motivational speeches from DJ Khaled, songs with Joey Badass he wishes would come out, and making his ‘Table for One’ EP. Peep here!

Everyone spent their time in 2020 differently. Flipp Dinero spent his secluded time getting better at his craft.

“It gave me the space to build and get more shit dialed in on my own. I built my own studio and experimented with different sounds,” Dinero told REVOLT. “I tapped into a different level of artistry. The pandemic definitely assisted my creative POV.”

In this installment of “Studio Sessions,” the “Leave Me Alone” rapper discusses getting motivational speeches from DJ Khaled, songs with Joey Bada$$ he wishes would come out, and making his Table for One EP. Read the chat below!

How long have you been recording music in the studio?

I’ve been recording music since age 11 or 12. I’ve improved with my pen game and coming up with certain metaphors to catch the ear, as opposed to giving something generic. I’m trying to grow as an artist.

What is a typical studio session for you?

I definitely need good energy around. Most of the time I prefer to be in the studio by myself because that’s my way of expressing myself. When I’m alone, I get to tap into that energy field to get deep into my thoughts. I definitely need to have some cannabis around. That’s mandatory (laughs). I like to have candles in the environment because they smell good and the flame just inspires me, I don’t know why. Also, I need a bottle of Bel-Aire. 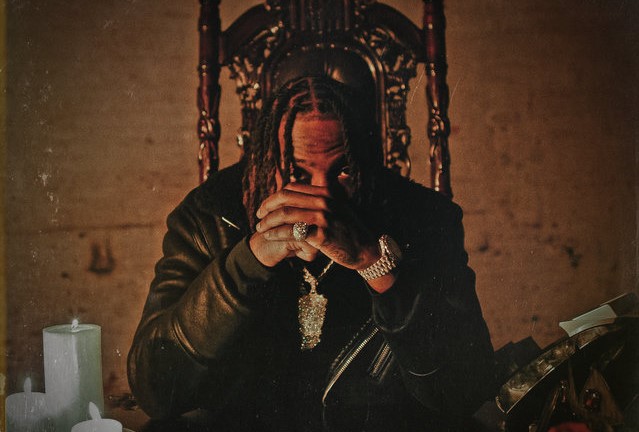 “Leave Me Alone” is one of your biggest songs. How did you make that come to life?

I definitely wrote that song in the crib. I was going through a lot in life and I didn’t really have a studio to record in. It was a lot of shit going on, so I was never able to write shit in the studio. I was in the crib cooking up. Then, I booked the studio session, and as soon I got in there, I started spitting that shit. I literally made that song in 30-40 minutes. When I played it back, my engineer was like, “Oh, I think this is something.” I didn’t think anything of it until I put it out and it went crazy.

You’ve done songs with a number of popular artists. Which of those collaborators do you have really good chemistry with?

I have great chemistry with my brother Jay Critch. He’s from Brooklyn too, so when we linked in the studio, we locked in and vibed. It was definitely more to it than music. Critch is one of my dawgs. When we made “Frito Lay,” we were next to each other, so we were going off each other’s energy. I fuck with G Herbo too. Herb is someone who saw me on the come-up before “Leave Me Alone.” I remember playing him a bunch of music and he told me, “Flipp, your shit is fire. Keep going.”

What was your first session like with DJ Khaled?

It was vibrant as far as it goes with energy. I actually wrote “Grind ‘Till I’m Gone” in front of Khaled at his crib. We cooked that up and were vibing the whole day. Being in the stu with Khaled is definitely cool. I always look forward to being in the stu with him. That’s big bro.

Were there any in-studio speeches or advice he gave you?

One thing he kept saying was “Keep going.” I know you hear Khaled saying that a lot. He dropped his album, and on it he got a song with Lil Baby where he’s like, “Keep going.” That’s how he really is. He kept giving me speeches like, “Flipp, I love your sound and what you’re doing. Continue to be unique and keep going.” 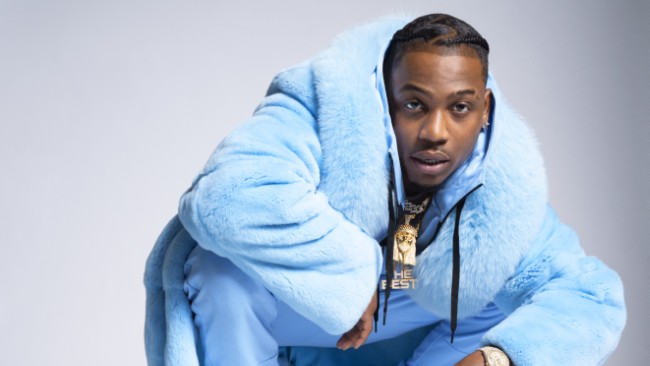 The last project you released before your latest Table For One project was Love For Guala in 2019. How did the pandemic affect your music output in 2020?

It gave me the space to build and get more shit dialed in on my own. I built my own studio and experimented with different sounds. I tapped into a different level of artistry. The pandemic definitely assisted my creative POV. Obviously, it hindered a lot of experiences for a lot of people, but I used it to my advantage. I’m an introvert.

During the first year of the pandemic, what was your daily recording schedule?

My daily schedule was always focused on my pen game. I’d wake up and start my day off listening to music from people like Max B and Jadakiss. After that, I’d smoke an L. I always go into my studio and start cooking up a track or two. Even if it wasn’t a track, it’d be some type of poetry. I always try to keep my pen game intact. I’ve been rocking with my engineer Los since I was a kid. I’d call him like, “Yo, I’m pulling up in the studio. Hold the studio down for me. If you have any sessions, I’m sorry. Put those to the side, I’m coming to lay some fire.”

So, you’d tell him to change his entire schedule at the last minute?

Yeah, I have to pull a Khaled, bro (laughs). But, I definitely do it with good intentions.

You dropped Table for One this week. What’s the oldest song on the project?

I would say the oldest song on the tape is “On Me.” I recorded that about four-five months ago. I just had it in the tuck. Everything was recently recorded.

What are you doing with the songs you made in 2020?

They’re just for my ears until I feel ready to let them go. I’m the type of person who likes to create content and throw out the fresh shit I created. I like to keep people up to date with me as an artist. This EP is a project before the album. Table For One is everything I’m going through relationship-wise, life with the homies, and so much shit. “No Options” is some real hood shit that really happened in real life. 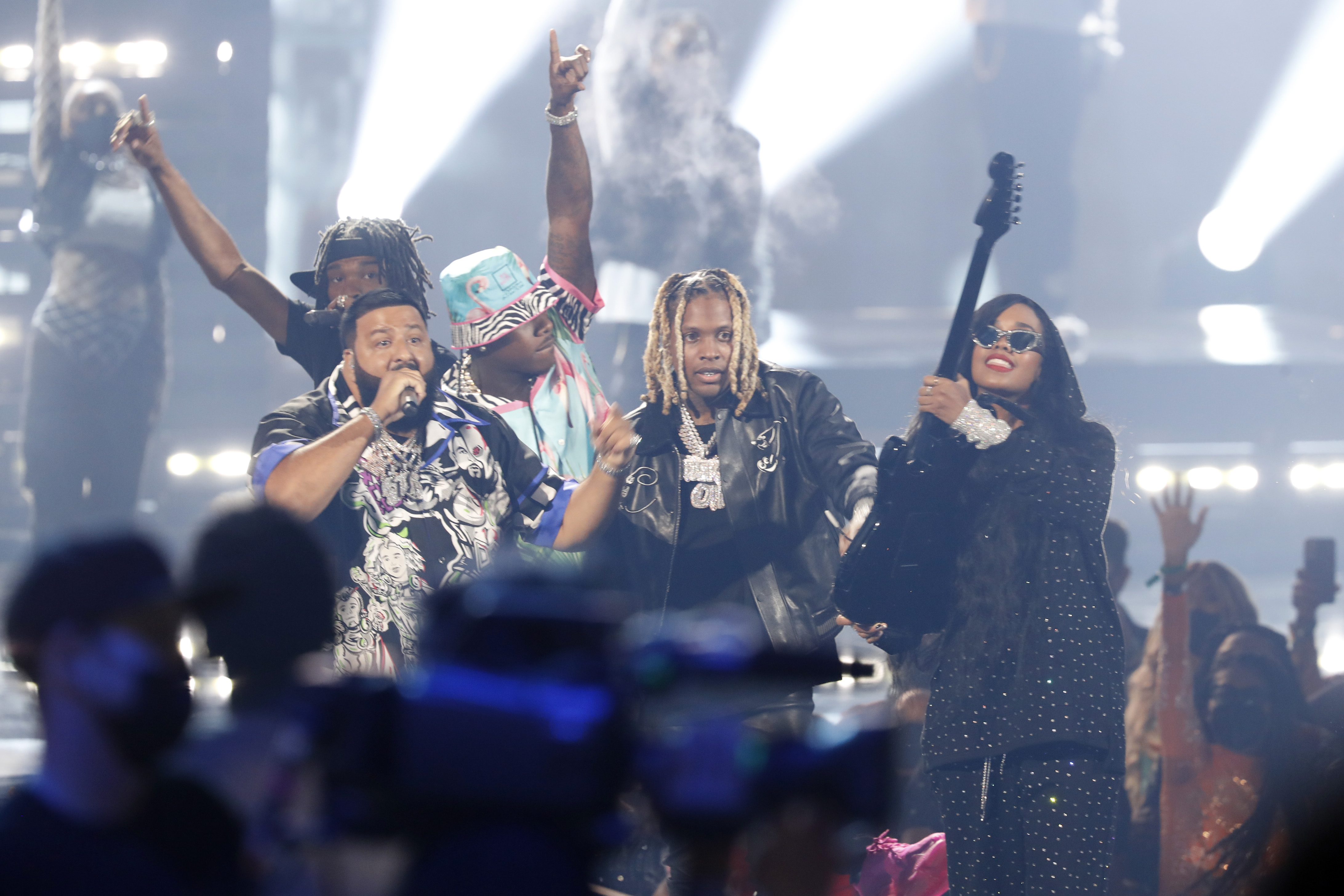 To that point, are there any real-life circumstances that inspired the music on Table for One?

Yeah. The music itself is telling the story of my real life. The more success you get, the more people you lose through jealousy, envy, or just miscommunication. The inspiration for “No Options” was losing people who were close to me that I considered family. That’s why I wanted to put out the new music. I wanted to be transparent about the situations going on in my life.

Are any of these new songs inspired by the reactions you want to get while performing live?

I always take into consideration how people will respond to the music physically. All of the songs on this tape were inspired by my live performances. When I pop out on stage, I’m always turned up. I always have turned up moments and have people going crazy. I want to grow as an artist, so I wanted to tap into a different vibe. Instead of just having people jump around all day, let me try to capture them mentally with the words. I can definitely say my tape was inspired by my live performance.

The home studio is its own entity. I like to call it The Cave. There’s padding all over the walls, speakers everywhere, flat-screen TVs, laptops, mic stands, lava lamps, salt rock, sage, bottles of Bel-Aire, plaques. There’s a lot in here.

Have you ever got emotional working on a song?

What unreleased collaboration do you wish would come out?

I was just with my brother Joey Bada$$. We got about two or three in the cut. He’s an actor now, so he’s pursuing that. Shout out to Joey. We recorded those songs years ago.

I got a lot in stock for fans. I got another body of music coming out. The world is opening back up, so the shows are rolling in. I definitely want people to be in tune with what’s going on. That’s why I felt it was mandatory for me to drop this little EP before we get into 2022. I have a lot popping for 2022.