Blake told his children he loved them after he was shot: “I thought it was gonna be the last thing I would say to them.”

Jacob Blake appeared on “Good Morning America” on Thursday (Jan. 14) for an interview with Michael Strahan. The interview marked the first time Blake has spoken out since being shot by a Kenosha police officer seven times and learning he was not charged in the incident.

Speaking with Strahan, Blake recalled the moment that Officer Rusten Sheskey shot him in the back. At the time, Blake had been walking away from the officer and into his car, where his three children sat in the backseat.

“My babies are right here. My babies,” Blake remembered thinking. “So after he stops shooting me, I said, ‘Daddy love you, no matter what.’” 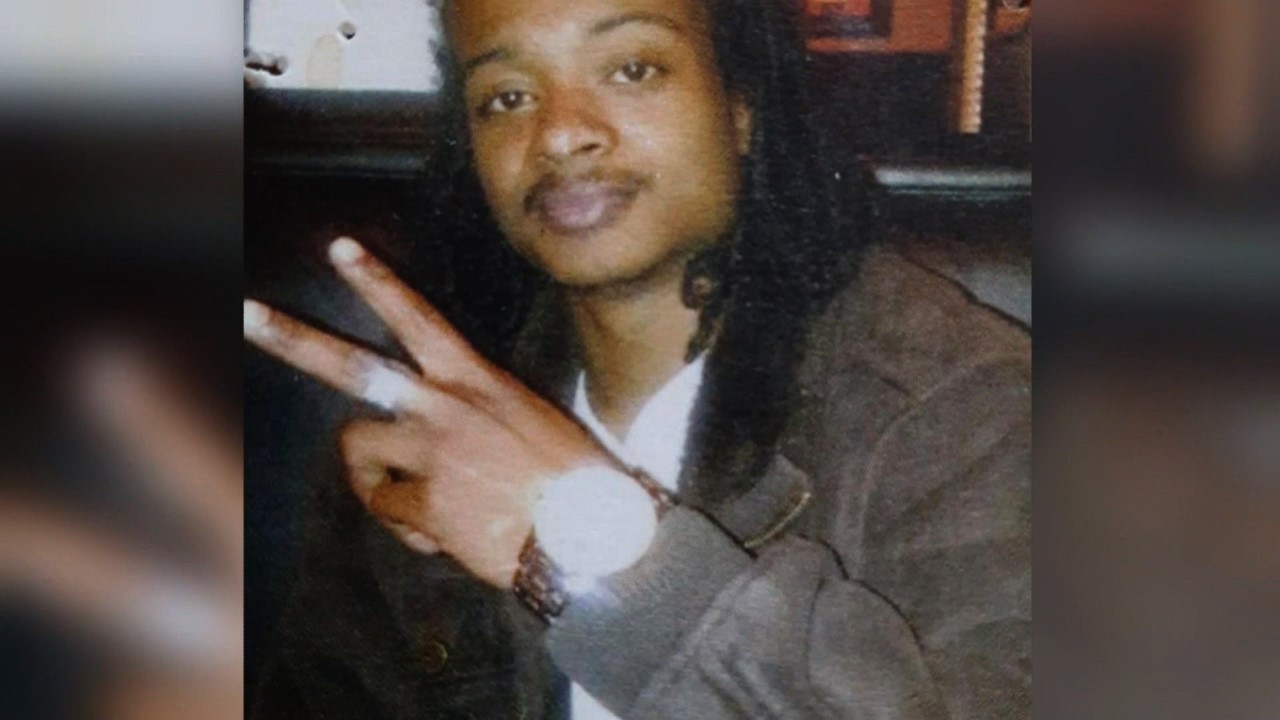 “I thought it was gonna be the last thing I would say to them,” he added, choking up. “Thank God it wasn’t.”

After being shot, Blake remembered counting his breaths and blinks.

Officer Sheskey had been responding to a call about a domestic incident. Laquisha Booker, the mother of three of Blake’s children, had called police during a birthday party for one of their sons. When police arrived, Blake maintains that no officer spoke to him or told him that they had a warrant for his arrest and instead grabbed him and slammed him up against his car. Sheskey denies this. 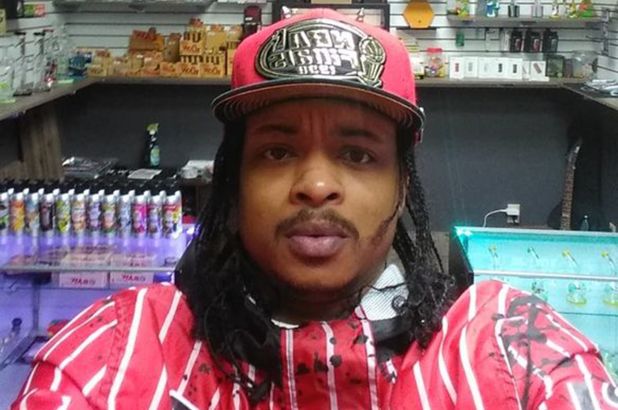 “At that time, I’m walking out [of the house],” Blake recalled. “I hadn’t done anything, so I didn’t feel like [police] were there for me.”

Police fired a taser at Blake, which he says happened while his hands were up. He said he then dropped his pocket knife, which officers claim he moved to use against them.

“I’m not really worried; I’m walking away from them, so it’s not like they’re gonna shoot me,” Blake remembered thinking. “I couldn’t hear [police talking]; all I heard was screaming.”

While turning to get into his car, Sheskey fired seven shots into his back. Blake has now undergone numerous surgeries for his injuries and remains paralyzed from the waist down.

Blake told Strahan he has talked to his kids about what happened that day.

“I’ve explained to them — I broke it down to them like, ‘Daddy can die, but for some reason I didn’t that day,’” he said. 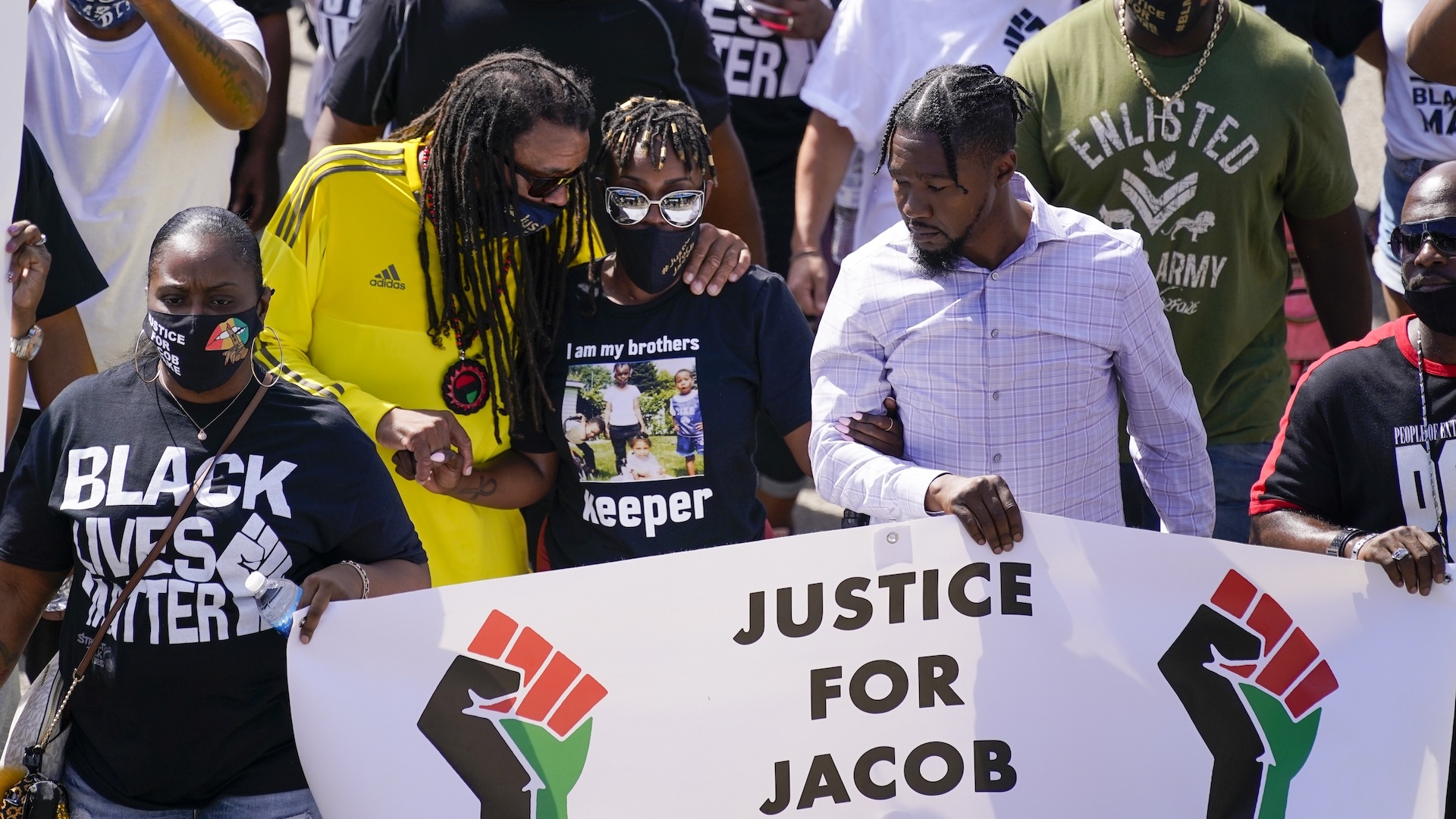 In the wake of Kenosha District Attorney Michael Gravely failing to press charges against Sheskey, Ben Crump — Blake’s lawyer — said they will be filing a civil lawsuit against the Kenosha Police Department.

Strahan asked Crump what he would say to critics who point to Blake’s past run-ins with law enforcement. The 29-year-old was previously charged with fleeing police and resisting arrest; both of which were later dropped.

“If you’re a Black person in America and you are not perfect, then they say, ‘Oh, it was justified,’” Crump said. “It’s like our children have to be angels.”

Here is my @GMA exclusive interview with Jacob Blake. As Jacob Blake speaks out for the first time. More from our interview tonight on @Nightline. pic.twitter.com/0dZGjSjXG6