An attorney for Breonna Taylor’s family added that the only charges that stuck were for the bullets that entered the home of her white unharmed neighbors, but there were no charges for the shots that entered the apartment of her Black neighbors upstairs.

In a highly anticipated announcement Wednesday afternoon, those who’ve been following Breonna Taylor’s case learned that only one officer involved in her death was indicted by a Kentucky grand jury, deepening an open wound across the country.

Ex-Louisville detective Brett Hankison, who was fired in June for his actions during the bungled no-knock raid, was charged with three counts of first-degree wanton endangerment. Louisville Metro Police Department officers Jonathan Mattingly and Myles Cosgrove, who also fired shots and have since been placed on administrative reassignment, were not indicted.

The grand jury’s failure to indict any of the officers for actual murder charges comes despite crime scene photos indicating that the officers shot blindly into Taylor’s home. In addition to the photos indicating that Hankison “would not have been able to see into Taylor’s apartment from his vantage point outside her patio door,” they also show that the police shot through the patio door despite the blinds and curtains being closed. 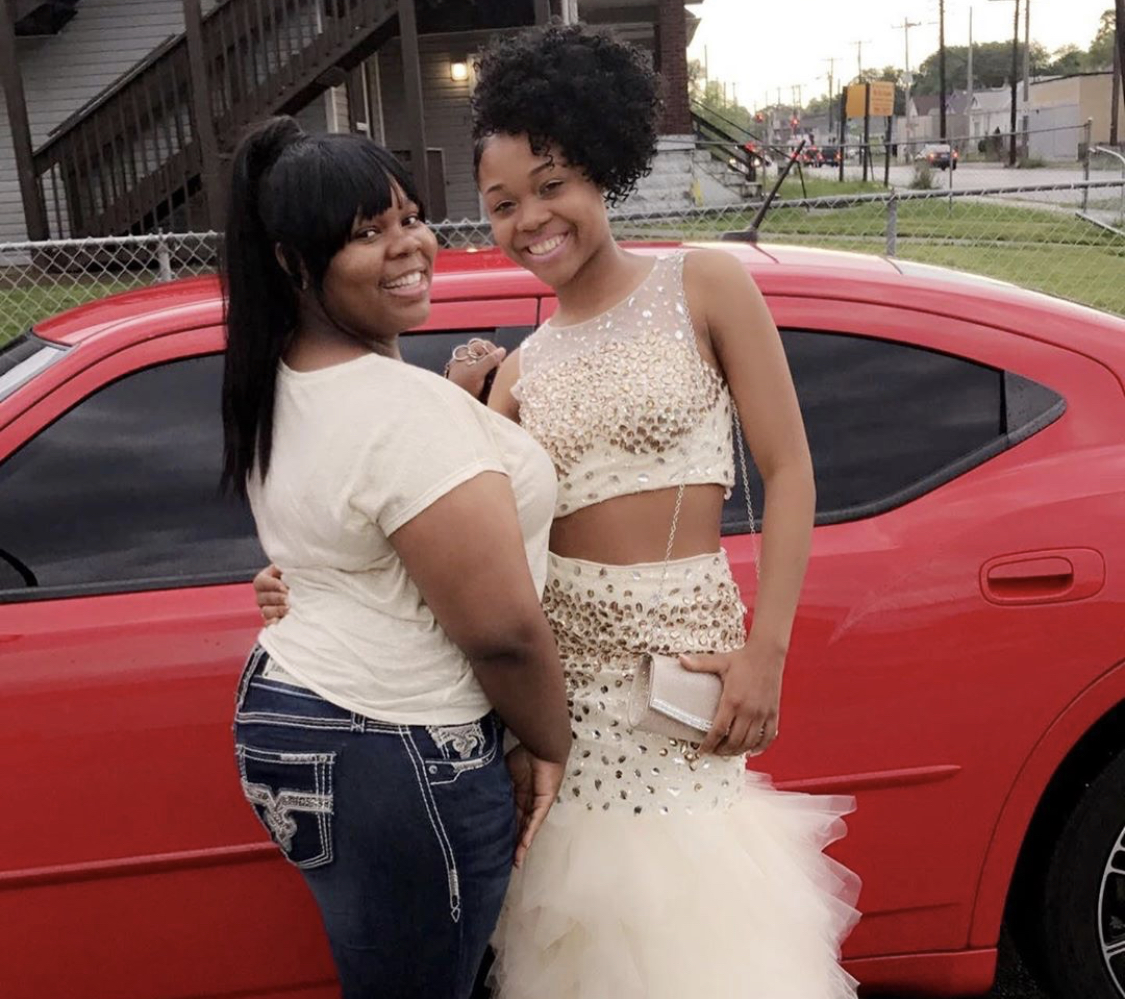 Although the police have reported that they knocked on Taylor’s door multiple times, identifying themselves, it’s clear from Kenneth Walker’s recounting of the night, as well as the recording of his 911 call, that neither were aware it was the police who broke into their apartment with a battering ram.

Walker can be heard on the 911 recording saying “I don’t know what is happening. Somebody kicked in the door and shot my girlfriend.”

Immediately following the announcement, social media lit up with the phrase “wanton endangerment,” as people sought clarity on the rather obscure charge. In this case, wanton endangerment is a Class D felony which, according to Kentucky law, applies when someone, under circumstances manifesting extreme indifference to the value of human life, recklessly engages in conduct which creates a substantial danger of death or serious physical injury to another person.

In Kentucky, other Class D felonies include failure to pay child support and unauthorized use of a credit card totaling between $500 and $1000. The jarring reality of this is that if someone were to charge a credit card without authorization for over $1000, the Kentucky court system would deem that a more serious crime than any of the officers’ actions during the incident that resulted in the loss of the life of an innocent woman.

What was less clear when the news initially broke, making this tragic situation more disgraceful, was that the wanton endangerment charges were not because of Taylor’s death but rather for the shots fired into an apartment belonging to her white neighbors, according to attorney Ben Crump.

Adding further to the astonishing mishandling of this case were reports that Taylor’s mother, Tamika Palmer, who drove for an hour from Louisville to Frankfort to hear the charges directly from Kentucky Attorney General Daniel Cameron just to learn that there would be literally no legal consequences, not even a charge, for the death of her 26-year-old daughter.

According to attorney Lonita Baker, Palmer didn’t immediately understand that the charges were for Breonna’s unharmed neighbors and that she instantly broke down upon becoming aware of this. Other attorneys for Palmer expressed their frustration at AG Cameron’s handling of delivering the disappointing news to Taylor’s mother as they’d communicated to Cameron’s office multiple times that Palmer should only be traveling to Frankfort if there were indictments against the officers for her daughter’s death.

The lack of murder charges highlights the lengths the system will go to protect the precedent that allows police officers to kill and assault with impunity. As the saying goes, “a grand jury would indict a ham sandwich,” meaning it is atypical for grand juries to fail to indict a suspect if that’s what the prosecution wants. Since all that’s needed for an indictment is probable cause to prosecute, it’s clear the prosecution had no intention of allowing this case to go to a trial with a jury that would have access to all of the available evidence. 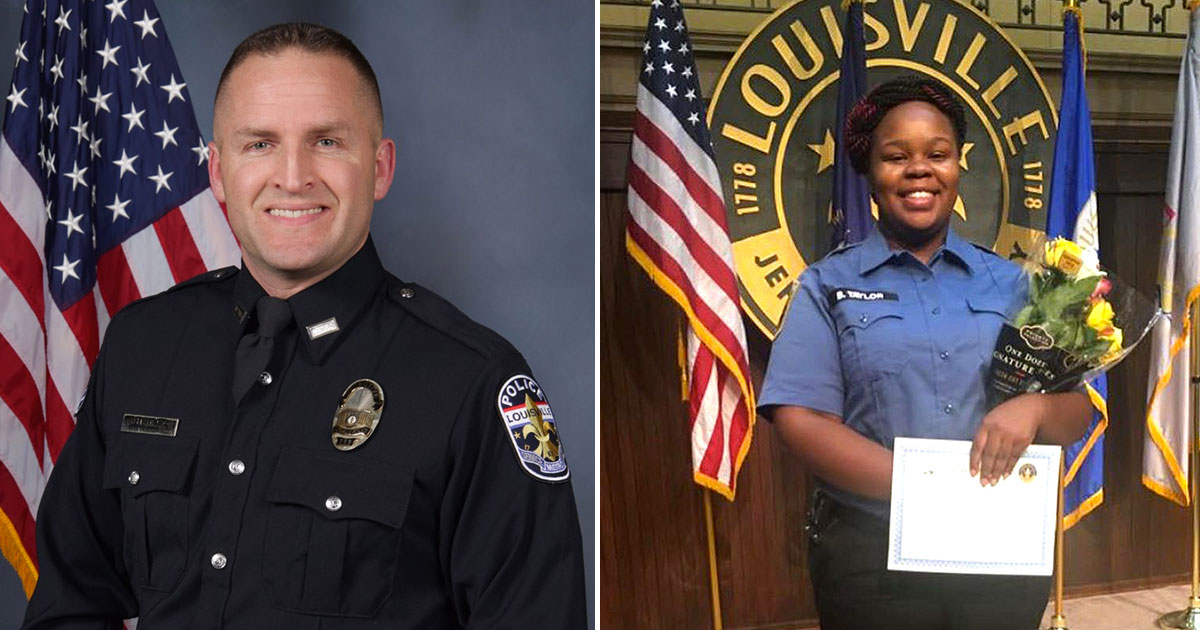 Although our lack of national system for reporting police misconduct, in addition to state agencies being reluctant to release details regarding police wrongdoing, by all measures and accounts, it is extremely rare for police officers to face legal consequences of any kind for violence against civilians, including fatal violence. According to Mapping Police Violence, a group that tracks fatal police encounters; out of the 6,800 civilians killed by law enforcement between 2013 and 2018, officers were charged with a crime in only 1.7% of the cases.

It’s becoming more apparent that police officers have grown accustomed to the idea that their bad behavior, even when caught on camera, will almost certainly never lead to a criminal conviction. The system has armed them with both deadly weapons and the confidence that no one will hold them accountable for their actions.

Furthermore, the announcement of the grand jury decision reinforces the idea that Black lives aren’t valued by the state. The police who’ve showed little compassion and no remorse for the incident tried to sully Taylor’s image by attempting to compel a former boyfriend of hers to implicate her as a part of a crime syndicate. In response to the backlash to this case, Officer Mattingly, one of the officers who wasn’t indicted for her death; sent an email to 1,000 fellow officers calling protesters thugs and complaining about the government enforcing civil rights violations. Prominent conservative figures have openly shown, not just a lack of sensitivity for the loss of an innocent emergency room technician, but an open disdain for her and protesters calling for justice in her name.

On top of this, an attorney for Taylor’s family pointed out that while the only charges that stuck from this incident were for the bullets that entered the home of Taylor’s white unharmed neighbors, there were no charges for the shots that entered the apartment of her Black neighbors upstairs.

This distressing case, which has triggered collective mourning over the death a young Black woman working as an essential healthcare worker during COVID-19, has come to end with a conclusion that cruelly, though predictably, emboldens the unrestrained violence of police and intensifies marginalized people’s, particularly Black women in this case, internalization of society’s apathy toward us.