Donald Trump supporter Mark-David Hutt was arrested twice over one weekend and charged with criminal mischief.

A New York City man was arrested on two separate occasions for defacing the Black Lives Matter mural in front of Trump Tower. According to the Daily Mail, Mark-David Hutt — who runs a pro-Donald Trump Facebook page — was caught smearing paint over the mural on both July 25 and 26.

Several witnesses recorded video of Hutt, who began spreading red paint over the yellow letters on the Saturday. He was arrested for the vandalism, but returned the next day to spread white paint across the street. In the viral footage of his arrest, New York City Police Department officers can be seen approaching Hutt and telling him he has to stop defacing the mural. When he refuses to stop, several other officers appear and handcuff him. NYPD Detective Denise Moroney told the Washington Post that he was subsequently charged with criminal mischief. 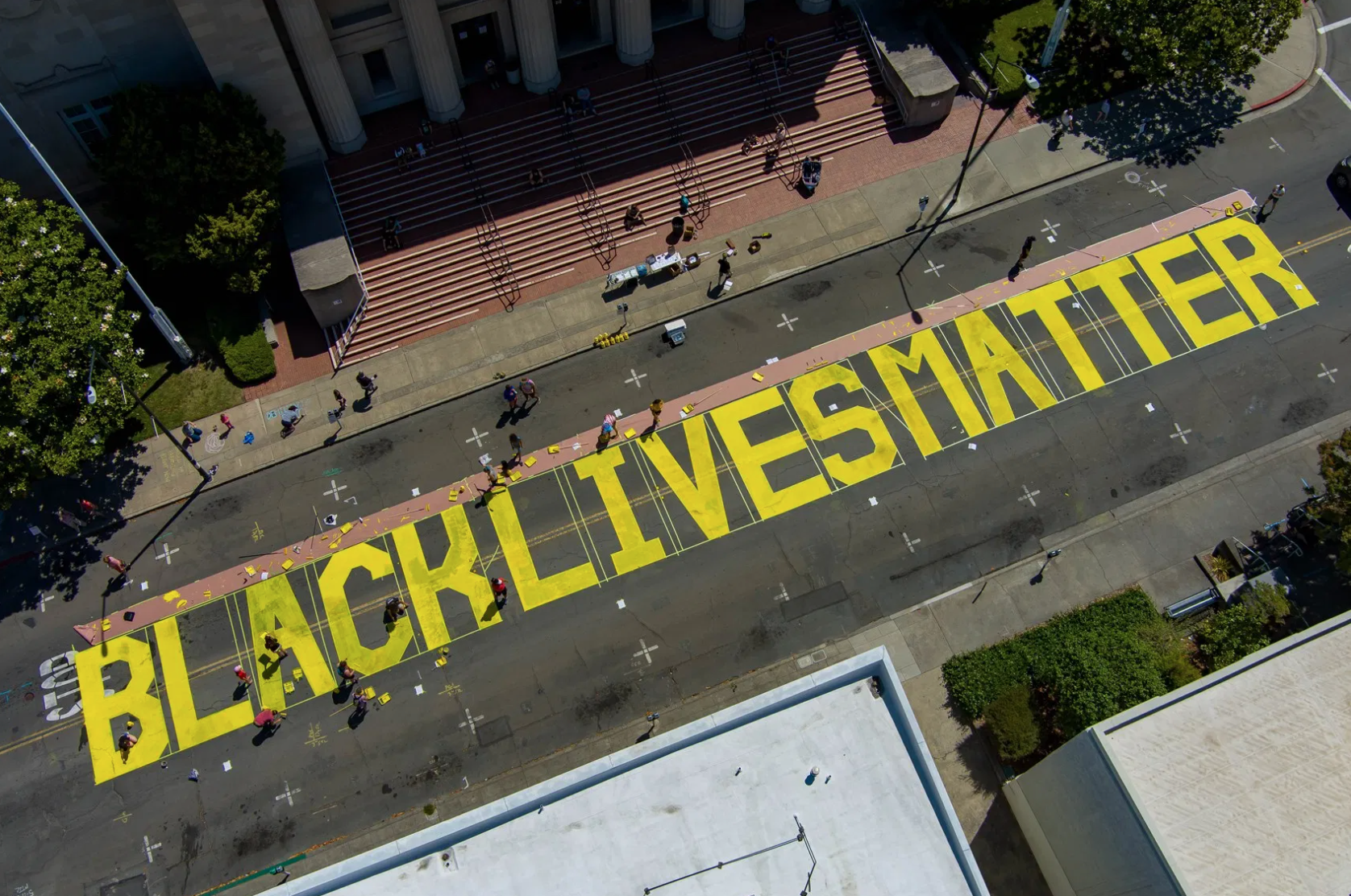 According to one of Hutt’s Facebook posts, per Daily Mail, he had planned on returning to the site of the mural to continue painting the colors of the American flag across the street.

“Mayor Bill de Blasio has ruined NYC & has put a target on the backs of NYPD’s finest. We need to STAND UP and take our country back. #BlueLivesMatter,” Hutt posted, per Daily Mail. 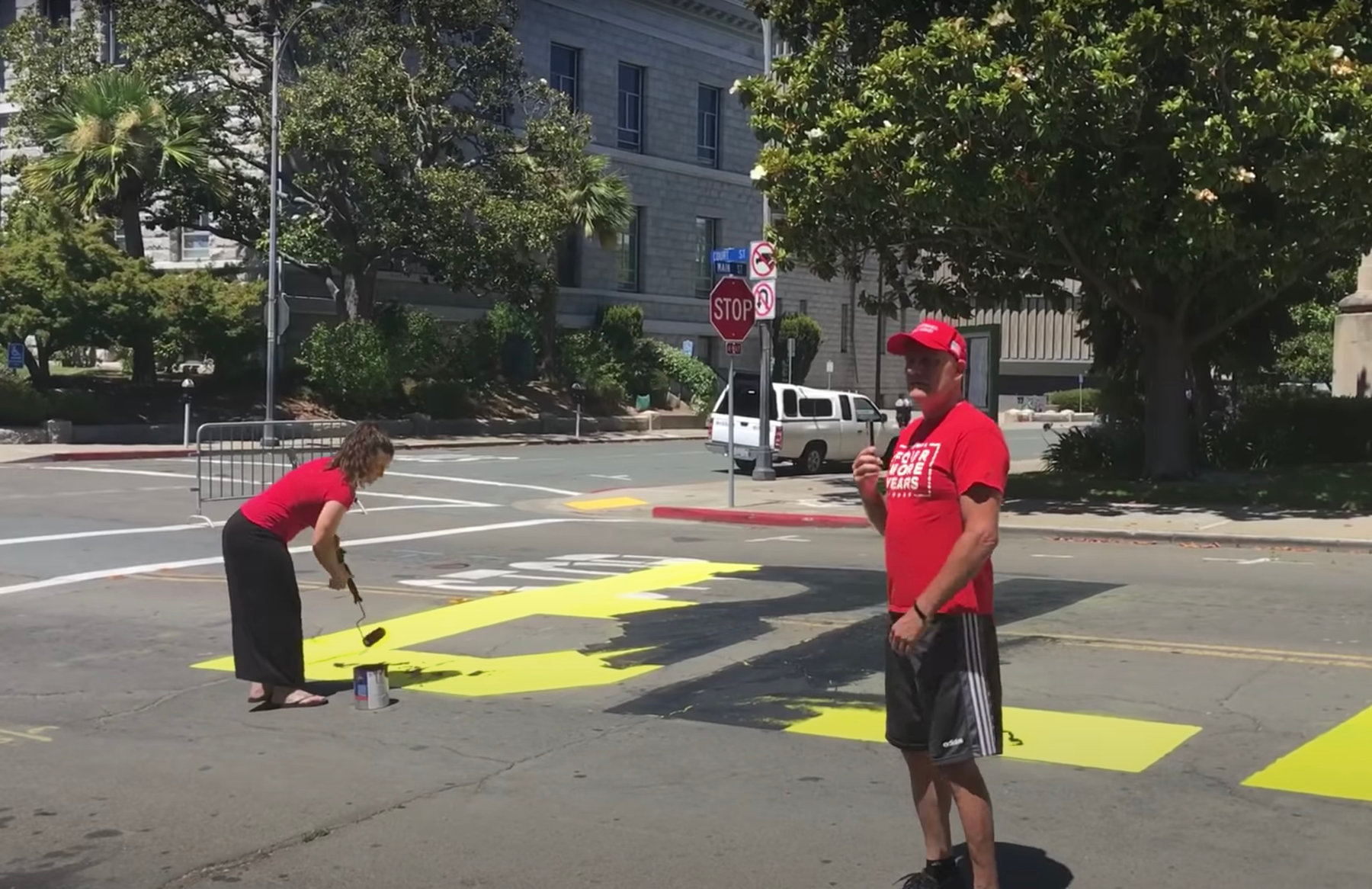 Hutt is now the eighth person to be caught vandalizing the Black Lives Matter mural since it was painted on July 8. A few weeks ago, an unidentified man was seen splashing red paint across the letters. De Blasio responded to vandalism on Twitter.

“To whoever vandalized our mural on 5th Avenue: nice try. [Department of Transportation] has already fixed it,” he wrote. “The #BlackLivesMatter movement is more than words and it can’t be undone.”

See the videos of Hutt’s arrest below.

I’m not surprised or mad anymore. This is what losing looks like, on your hands and knees in the middle of the street, pushing paint around. Pathetic! pic.twitter.com/ShvwKkDt4K