“It’s a blessing for the NFL to just listen and accept what’s going on right now,” he said.

Detroit Lions safety Tracy Walker will wear Ahmaud Arbery’s name on his helmet to honor his slain cousin this season, according to ESPN.

Back in February, Arbery was fatally shot as he was jogging though a Georgia neighborhood. The men who shot him were not arrested or charged for his death until months later, after video footage was released of the shooting.

“It’s a hell of a situation. It’s a tough situation,” Walker said. “But, you know, you control what you can control, so I feel like that’s the best way I can control what I can do right now and I could use my voice and my platform in that aspect.”

Walker and Arbery played high school football together. They lived across the street from one another and would often get together to play video games and basketball. The last time they saw each other was a few weeks before Arbery was killed.

“It has opened a lot of eyes; and things that’s been going on for decades, it’s just been getting overlooked,” Walker continued. 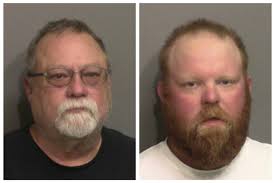 “So, like I said, the great thing about it all is that change is coming about,” he said. “That’s the biggest blessing of it all, that we’re accepting change and everybody is looking forward to the change. That’s the main key, just continuing to try and promote that.”

Walker is planning to wear T-shirts with Arbery’s face on them underneath his jersey. He also wants to speak more about what happened to his cousin.