A new video shows that an Alameda County sheriff’s deputy delivered the first push in an altercation with Toronto Raptors President Masai Ujiri after the team beat the Warriors last year. The surveillance footage was released to the public on Tuesday (Aug. 18) via Fox 2 KTVU.

Deputy Alan Strickland filed a federal lawsuit against Ujiri, the Toronto Raptors and Maple Leaf Sports & Entertainment and claimed that Ujiri had initiated the shoving match, which allegedly left him with injuries to his head, jaw, chin and teeth.

Strickland also wrote Ujiri “circumvented” the security checkpoint and attempted to “storm” onto the basketball court in a workers’ compensation claim. The deputy alleged Ujiri “hit him in the face and chest with both fists” and accused the NBA team president of having a “violent predisposition” and an “evil motive amounting to malice.”

However, the new video — which is compiled of body camera footage from Strickland and security tapes from inside the Oracle Arena — vindicates Ujiri, his lawyer said on Tuesday (Aug. 18). The two-minute video sees Ujiri walking to congratulate his team after they beat the Warriors 114-110. As he approaches Strickland, Ujiri shows him and others his security credentials.

Suddenly Strickland, who is white, is seen pushing Ujiri in the chest, quickly followed with another jab. Surrounding security officers and witnesses can be seen trying to pull Strickland away from Ujiri to calm him down.

“Back the fu*k up,” Strickland says to Ujiri, shoving him a second time.

“Why did you push me?” Ujiri asks before pushing back. “I’m the president of the Raptors.”

In a countersuit filed by Ujiri against Strickland, his lawyers claim that Strickland not only lied about Ujiri being the aggressor, but also exaggerated claims of his alleged sustained injuries. 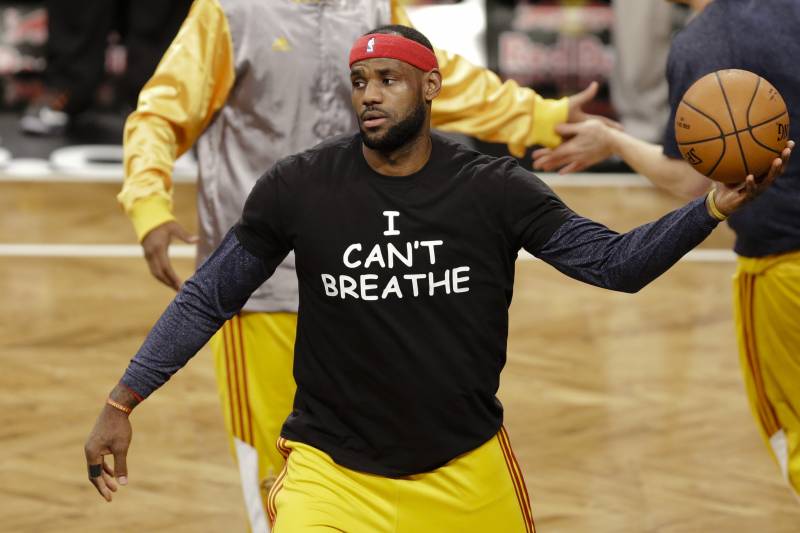 “Mr. Strickland used unnecessary and excessive force,” the counterclaim reads. “There was no reason to view Mr. Ujiri as a threat to anyone and no reason for Mr. Strickland to curse at Mr. Ujiri and forcefully shove him as numerous witnesses observed.”

Strickland claimed he suffered “shock of injury to his nervous system” from the altercation that “will result in some permanent disability.”

However, lawyers questioned Strickland’s claimed “facial swelling” after seeing a photo of him at the hospital that showed no visible injuries to his face. According to KTVU, Strickland was also seen doing physical activities after the incident, like using power tools and carrying boxes. Strickland has not been back to work as a deputy in over a year. He was also previously convicted of insurance fraud.

“[This] narrative that has become somewhat familiar: a law enforcement officer using their position, engages in unjustified violence against a peaceful individual, then lies about the encounter by characterizing the victim as the aggressor,” lawyers wrote.

See the new video evidence below.