Minister Louis Farrakhan addressed the world in his “The Criterion” speech, which he delivered on the 4th of July.

Saturday (July 4), Minister Louis Farrakhan used the 4th of July holiday to give his long-awaited speech titled “The Criterion.” In his three-hour address, the 87-year-old leader of The Nation Of Islam spoke on the most pressing affairs that have taken place over the last few months — amely Coronavirus, the onslaught of racism and police brutality in America, and the death of one of his disciples Abdul Hafeez Muhammad.

Throughout his speech, Minister Farrakhan paid tribute to Nation Of Islam leaders who came before him. He also addressed his detractors who have long accused him of being racist and anti-Semitic. Furthermore, he called for President Trump and other world leaders to atone for their sins or else feel an even harsher wrath in the months to come. Farrakhan even warned that this will be his last speech in a long time, but that America is currently experiencing a long overdue reckoning that God has designed to be a purge of wickedness and tyranny.

Check out the key takeaways from Minister Farrakhan’s speech “The Criterion” address below. 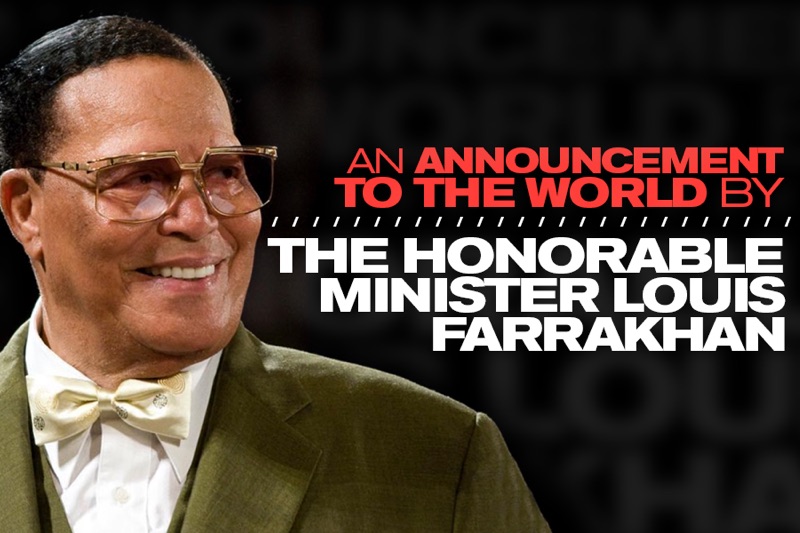 1. The passing of Abdul Hafeez Muhammad

The Nation of Islam’s Student Minister recently passed away from Coronavirus, which affected Minister Farrakhan, and inspired this message from God. “He is considered to Islam a martyr,” says the leader said.

2. The dissatisfaction of the world

Minister Farrakhan thinks dissatisfaction on earth has reached a fever pitch. “Everywhere you look, 100% of people are dissatisfied,” he proclaimed. “There must be 100% change…There’s a burden the earth is carrying that it must be relieved from. The earth is burdened by the wicked living on a planet that was made for the righteous.”

3. The USA was never for us

Despite what’s in the Declaration of Independence, Farrakhan said America has never been a country by, for, and of the people. “This is a country that was never made with a woman in mind, therefore they had to suffer before voting,” he said. “This country was never made for the slave because they only fashioned us a ⅗ of a human. This country wasn’t made for poor people. It was made for white people of privilege, of scholarship, and who felt they were masters of God’s earth. But, no lesser being deserves that privilege. How did we become lesser beings?”

The minister added that Thomas Jefferson wrote beautiful words in the Declaration of Independence, but his heart wasn’t there to fulfill it. “You can’t say all men are created equal and hold another nation enslaved,” continued Farrakhan. “So, the dog whistle in Trump’s ‘Make America Great Again’ [really means] ‘Make America White Again.’ That’s why white nationalists are fleeing to his call. The question we have to ask is, ‘Are you a hypocrite, America?’ If you didn’t mean for the black, poor, and woman to enjoy full rights of citizenship, what did you mean?” The leader also warned the powers that be, “You can’t pacify us with a smooth, crooked tongue. We know you. We’ve lived with you over 465 years.” 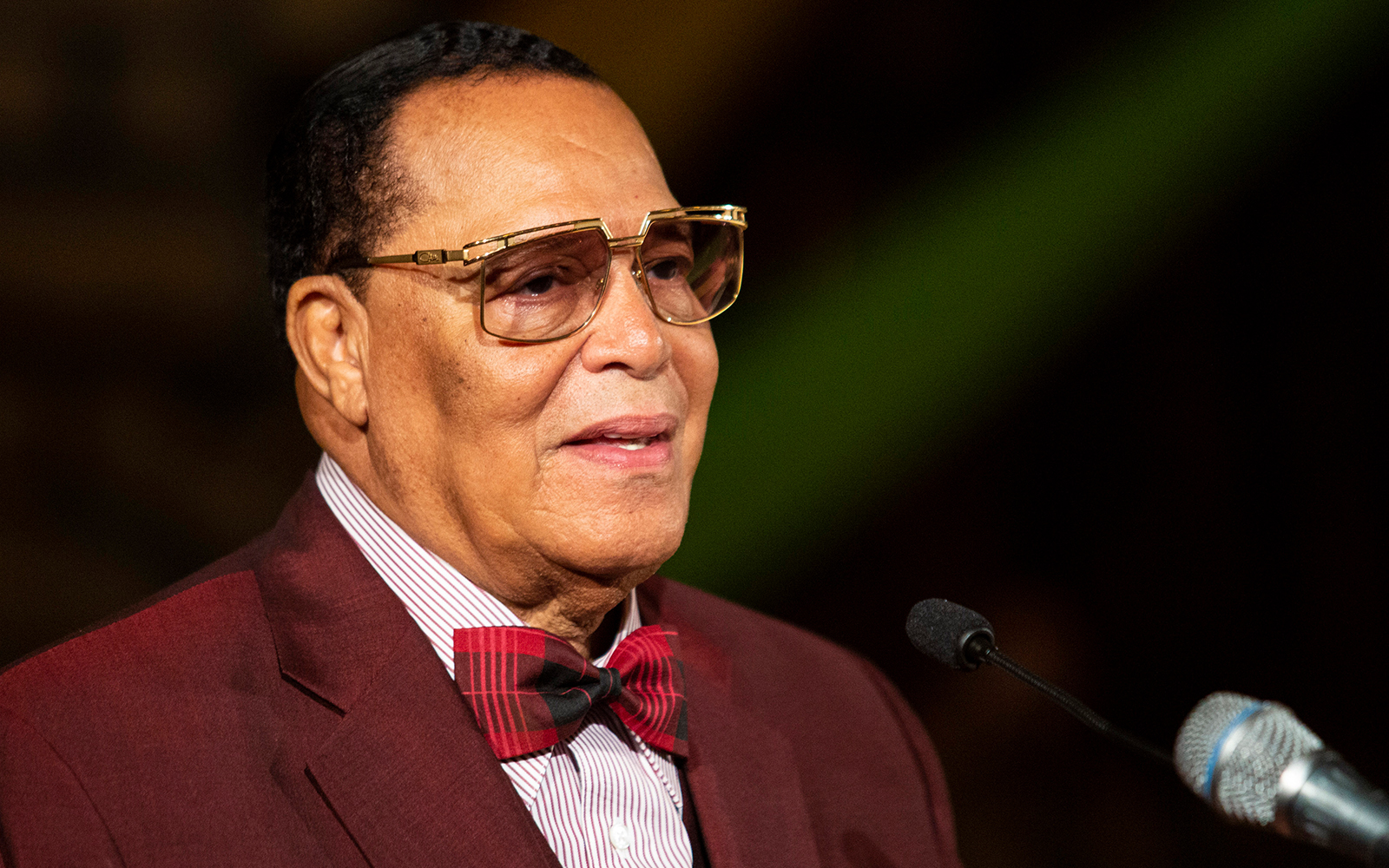 During his speech, Farrakhan revealed the symbolism behind the white carpet he walked in on, while other public figures tend to walk on red ones. “It’s because in the 65 years of his studentship under Elijah Muhammad, he claimed, “I’ve never shed the blood of another human being to get where I am today.” Though he has been accused of hate, Farrakhan asserted he has none for anyone. “I represent a God that came with the power to save,” he said.

We’ve only seen the tip of the Coronavirus iceberg, stated Farrakhan: “All of us have witnessed the effects of Coronavirus, which is once again beginning to spike in the U.S.” The leader then warned of Trump and his scientists working toward a cure that “they will not conquer this virus.” He maintained that COVID-19 is a “pestilence” sent from God to punish the inhabitants of the earth for their iniquities (willful sin). Even the most well meaning of us must accept this punishment, as “none of us are without sin.” Farrakhan believes that Trump wants to put a swift end to the virus, so life can return back to normal. But, he added that “we’ll never see what was again. That is over.”

6. A message for Black people working for white institutions

Throughout his speech, Farrakhan said white people have a heritage of tyranny. “White people, wherever you found them, are the same way they’ve always been by nature. Wherever they are in relationship to people of color, they dominate with tyranny. Even if it’s a suggestion, they can’t handle Black intelligence. So, in order to hold onto your job, you have to hide your growth. Once you let them know your intelligence, they’ll move you out,” he said.

The Nation Of Islam leader addressed longstanding claims that he dislikes Jewish people. “They tell lies to make you think I am a bigot or anti-semite, so that you won’t listen to what I’m saying. So far they’ve been pretty successful,” he said in his address. “Now I have to bring up the thing I’m doing that makes me so hated. Members of the Jewish community were given the Torah by Moses. 300 years from the birth of Jesus, the civilization of Moses was broken. A man named Nimrod and Jewish scholars wrote a word called the [Talmud]. They made that word in their minds and in their believers minds greater than God’s word.” Farrakhan also recalled Jewish comedian Chelsea Handler being slammed by the Jewish community for posting a video of his. He said it was not the Jews, but “imposters” who came down on her. He thanked Handler for posting his teachings, and encouraged her to pursue more truth. “Go back and listen to more of Farrakhan and get to know me,” he said. “Not from the mouths of your lying imposter brothers, but from the God within.” Farrakhan concluded, “If you really think I hate the Jewish people, you don’t know me at all. [I’ve never] uttered the words of death to the Jewish people.” 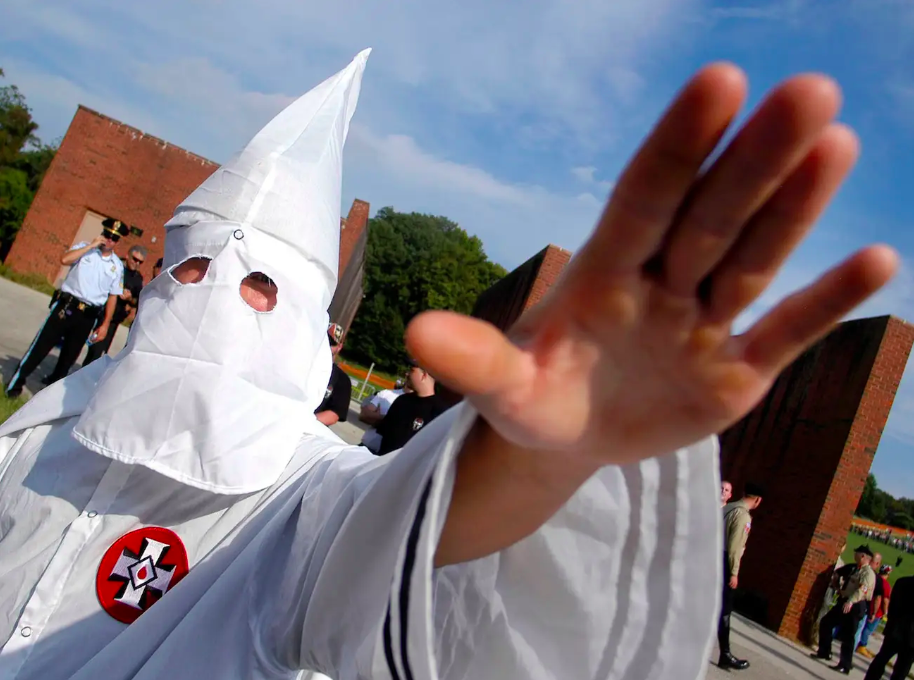 The minister recalled that years ago, news outlets inaccurately reported that he was dead after he’d been poisoned with radiated seeds. “Those who had poisoned me didn’t think I would make it.” he said, while thanking Allah for keeping him alive. “I should be dead by what they gave me, but successfully I toured the earth. [I’ve been to] five continents. Here I stand.” He also alluded that his health is in good standing, saying, “Death isn’t in the cards for me just yet.”

Farrakhan warned Black and Brown people not to get the Coronavirus vaccination when it becomes available, as America has a track record being untrustworthy in regards to our health. “I say to my brothers and sisters in Africa...if they come up with a vaccine, be careful,” he told the audience. “Do not take their medications. We need to call a meeting of our skilled virologists, epidemiologists, and students of biology and chemistry. We need to give ourselves something better. There are 14 therapies we can treat it with. The virus is a pestilence from Heaven. The only way to stop it is going to heaven.” He also added that there’s a larger agenda at play to lessen the population. “They’re plotting to give 7 billion 500 million people a vaccination. Dr. Fauci, Bill [and Melinda] Gates, you want to depopulate the earth. What the hell gives you that right?” the leader questioned. To those who think they’ll die without the vaccine, Farrakhan declared, “You’re sure to die now. They [just] want a quicker death.”

10. The end of a tyrannical era

Farrakhan addressed not only President Trump, but also Chinese president Xi Jinping that the days of tyranny are over. “People are rising against all tyrants. So be careful Mr. Xi,” he said. “You may have a presidency for life in China, but you aren’t the master of life. I represent [God] the master of life.” Farrakhan stated that if both leaders want to end the virus, they must recall their sins.

11. Farrakhan admits that he asked God to make Florida the epicenter of Coronavirus

The Nation of Islam leader said, just as he prayed, Florida is becoming the epicenter of Coronavirus. He asked for this to take place because the state stands in the way of our access to Cuban doctors, who have already helped Wuhan, China recover from the pandemic. “Don’t we need something that Cuba has? Yet we have an embargo on Cuba,” He declared. “We want our Cuban doctors to look after us. We don’t trust you [America doctors.].” 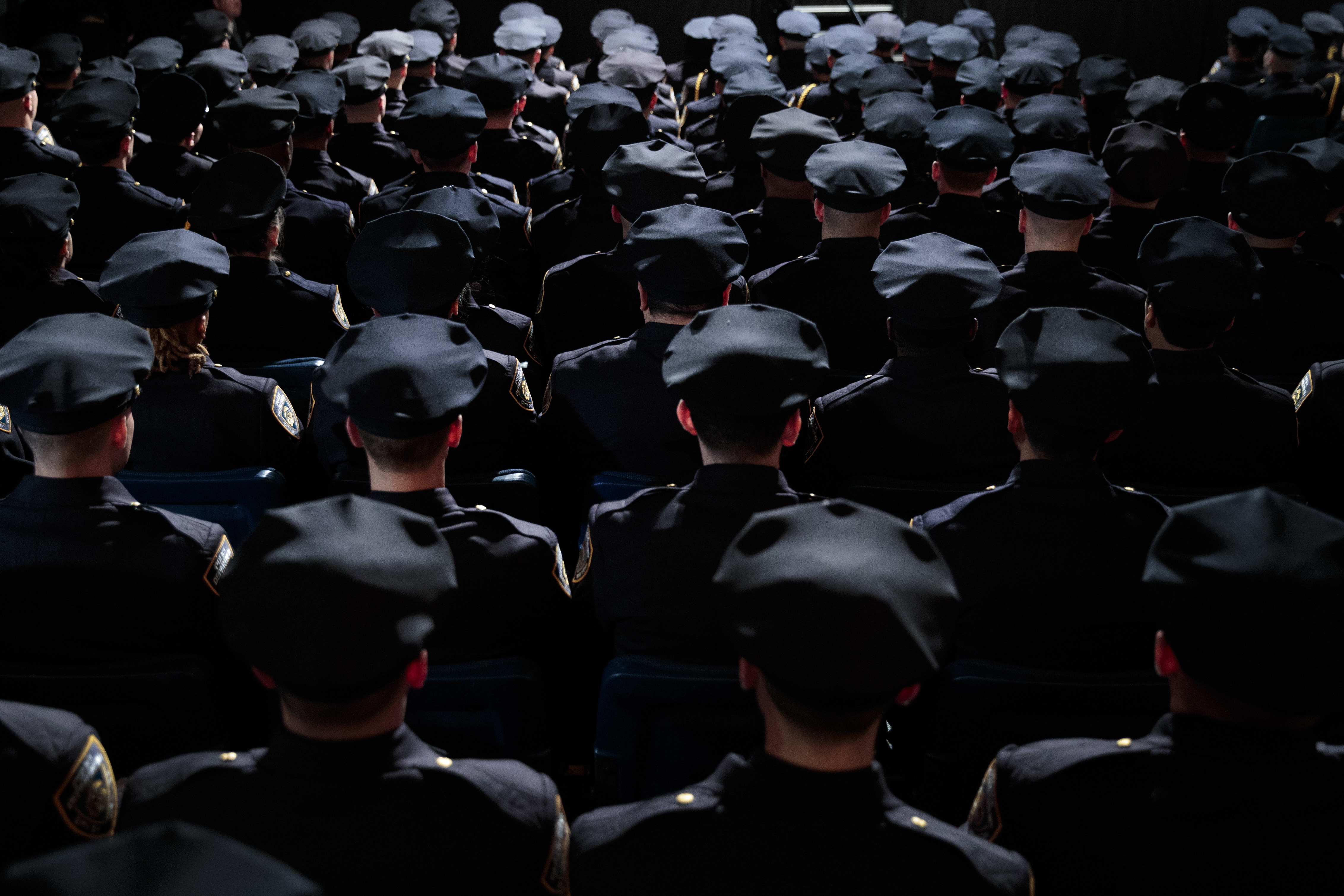 Farrakhan says he isn’t a bigot, rather a lifelong activist for the advancement of Black people. He affirmed, “The same way a person dedicates their life to the violist, [I am a racist in that] I’ve dedicated my life to Black people first and foremost. I have a solid record of love for Black people.”

Farrakhan addressed the officers who killed George Floyd and the system that allowed it to happen. “[They knocked on his window] over a so-called counterfeit money,” he said. “Well, you make the drugs, guns and counterfeit dollars. So, if there’s any counterfeit money in the hood, you put it there as a trap for us.” Farrakhan also told our nation’s mayors and governors to “stop your police from going to Israel to learn how to kill better. Your days of killing us without consequence are over!”

14. Defense of the American flag

Farrakhan urged us not to disrespect the American flag, even though we’ve caught “pure hell” under it because we’re coming out of it with great substance.