Activists gathered Wednesday night to protest what has been the first police killing in the city since George Floyd.

Minneapolis police officers shot and killed a man on Wednesday night (Dec. 30) during a traffic stop. Protests erupted as activists demanded accountability from the department for what has been the first police killing in the city since George Floyd’s death in May.

According to the police department, a witness says the man fired at the officers first, who then returned fire. Police Chief Medaria Arradondo has said the department will release the body camera footage from the shooting today (Dec. 31).

The Star Tribune reports that the incident occurred as officers tried to detain the man, who they say is a felony suspect. The police chief says a witness reported that the man fired the first shots and “police officers then exchanged gunfire with the suspects.” A woman was also in the car during the incident, but was not harmed. The shooting occurred at the Holiday gas station at E. 36th Street and Cedar Avenue — about a mile from where Floyd was killed.

Around 100 protesters reportedly gathered near the scene of the shooting, but the Tribune reports that demonstrations remained mostly peaceful. Chief Arradondo said he would release the body camera footage as quickly as possible and asked protesters to allow an investigation into the shooting — led by the state Bureau of Criminal Apprehension — to proceed.

In his own statement, Minneapolis Mayor Jacob Frey added, “Events of this past year have marked some of the darkest days in our city. We know a life has been cut short and that trust between communities of color and law enforcement is fragile. Rebuilding that trust will depend on complete transparency... We must all be committed to getting the facts, pursuing justice and keeping the peace.” 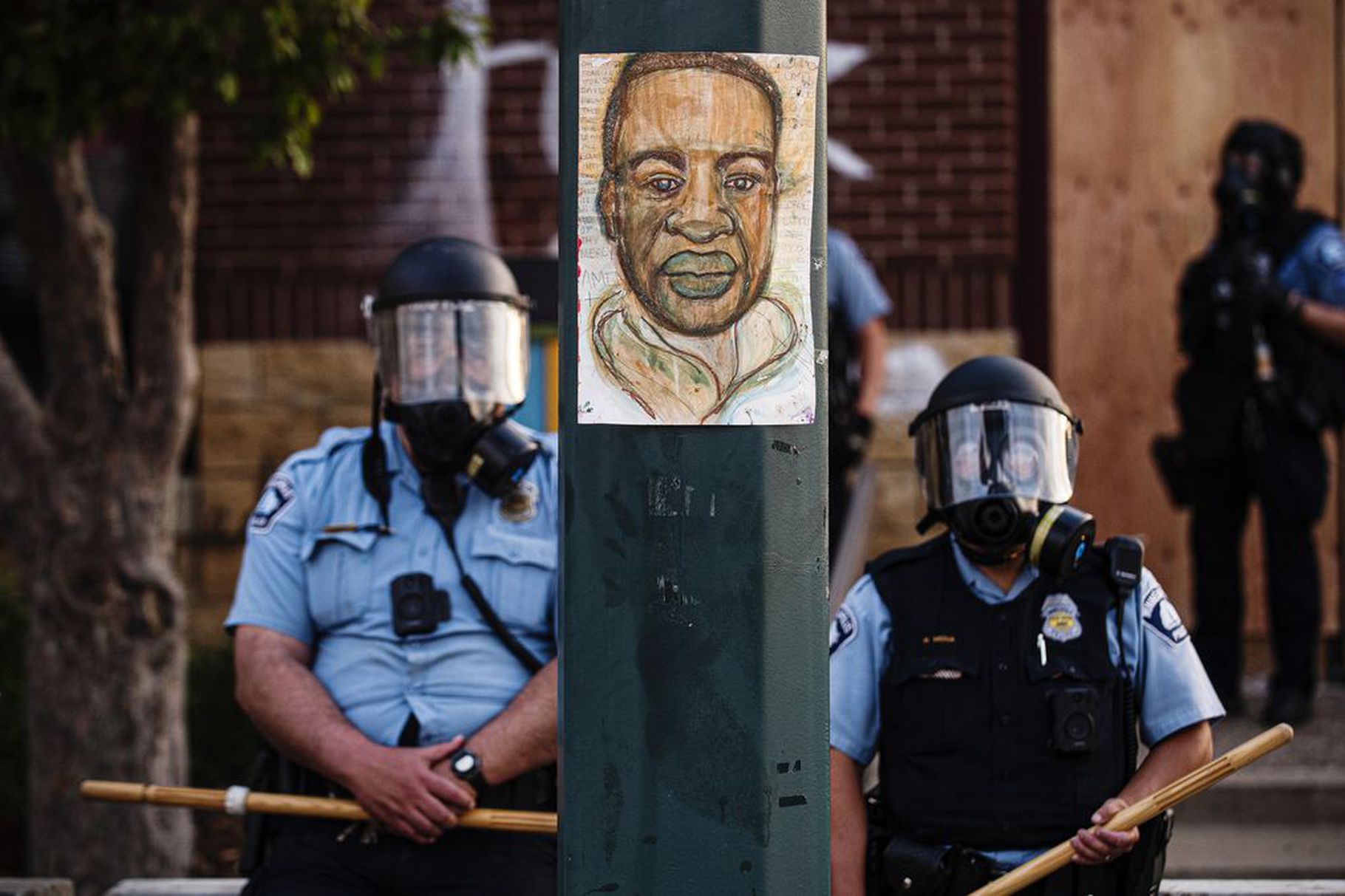 The police department has not revealed the identity of the man who was shot nor the police officers involved. According to a statement, the officers are members of the department’s Community Response Team, which specializes in high-crime areas, drugs and prostitution. At the time of publishing, it’s unknown whether or not there was a verbal or physical exchange between the man and the officers before the shooting.

After Floyd’s death at the hands of Minneapolis officers — the four of whom have been fired from the department — the city took measures to reallocate funds away from the department, most of them going toward city services and violence prevention programs. The city council also promised to dissolve the department, but is still working on ideas of how to do that and what that would mean.