Stars like Lebron James, Spike Lee, Cardi B and more, took to social media to share their reaction to the news.

Joe Biden and Kamala Harris were named as the winners of the 2020 presidential election on Saturday (Nov. 7). As votes were counted and finalized in Pennsylvania, the number of electoral votes in the key swing state were enough to take the Democratic ticket to the 207 votes needed to win. Celebrities instantly took to social media to react to the news, sharing congratulatory messages filled with happiness, relief and emotion.

Barack Obama released a full statement and a message to his former VP and to Harris. “Congratulations to my friends, @JoeBiden and @KamalaHarris — our next President and Vice President of the United States,” he tweeted. “I encourage every American to give him a chance and lend him your support,” the former president wrote in his statement. 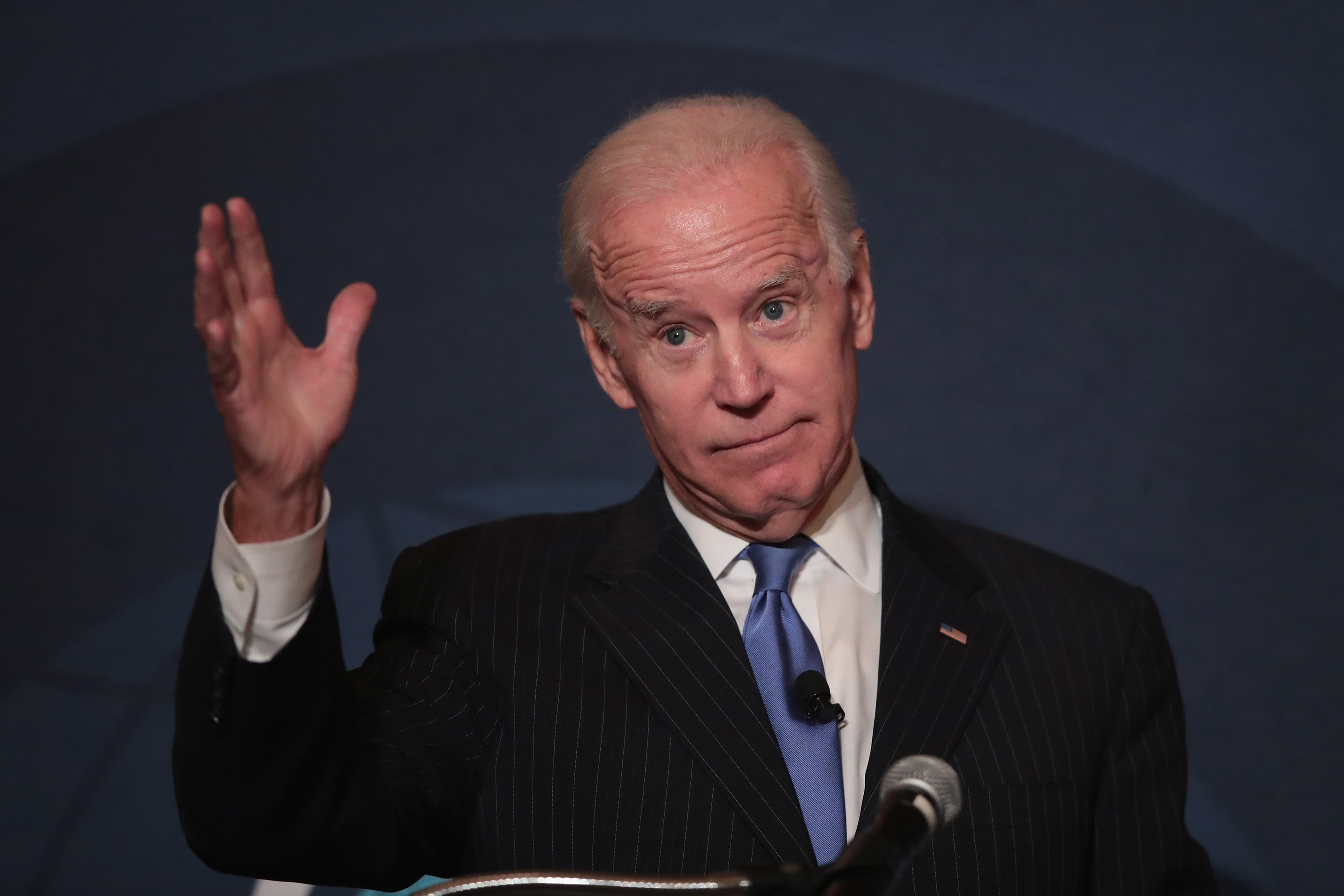 “It will be up to not just Joe and Kamala, but each of us, to do our part – to reach out beyond our comfort zone, to listen to others, to lower the temperature and find some common ground from which to move forward, all of us remembering that we are one nation, under God.”

Congratulations to my friends, @JoeBiden and @KamalaHarris — our next President and Vice President of the United States. pic.twitter.com/febgqxUi1y

Michelle Obama broke her silence on Twitter, sharing a moving message congratulating Biden and Harris. “Thank you to all of you who poured every ounce of your hope and determination into this democracy over these past four years, registering voters, getting them to the polls, keeping folks informed. More votes were cast in this election than ever before. It’s because of you,” the former first lady wrote. “And after we celebrate — and we should all take a moment to exhale after everything we’ve been through — let’s remember that this is just a beginning. It’s a first step. Voting in one election isn’t a magic wand, and neither is winning one.”

I’m beyond thrilled that my friend @JoeBiden and our first Black and Indian-American woman Vice President, @KamalaHarris, are headed to restore some dignity, competence, and heart at the White House. Our country sorely needs it. pic.twitter.com/yXqQ3tYRoa

Hundreds of people took to the streets in cities across the country to celebrate, including Spike Lee. The film director was spotted celebrating in Brooklyn, New York with a bottle of champagne in hand.

Cardi B reacted to the news as soon as she woke up. On Friday (Nov. 6), the rapper said she wasn’t worried and that she had faith that the Biden-Harris ticket would win. She shared a video of the vice president elect dancing to “I Like It,” and captioned it: “I haven’t been fussing cause I know deep down we finna win.BIDENxKamala.”

I knew it !!!! I’m so happy ! Great way to start my day !!Congrats BIDENXKamala!

“We sang this on Election Day Eve in Philadelphia, PA, the birthplace of our democracy. Thank you, Philadelphia, for showing up for democracy in such an epic way! #GLORY,” John Legend wrote along with a clip of him performing “Glory” with Common in Philadelphia on the night before the election. 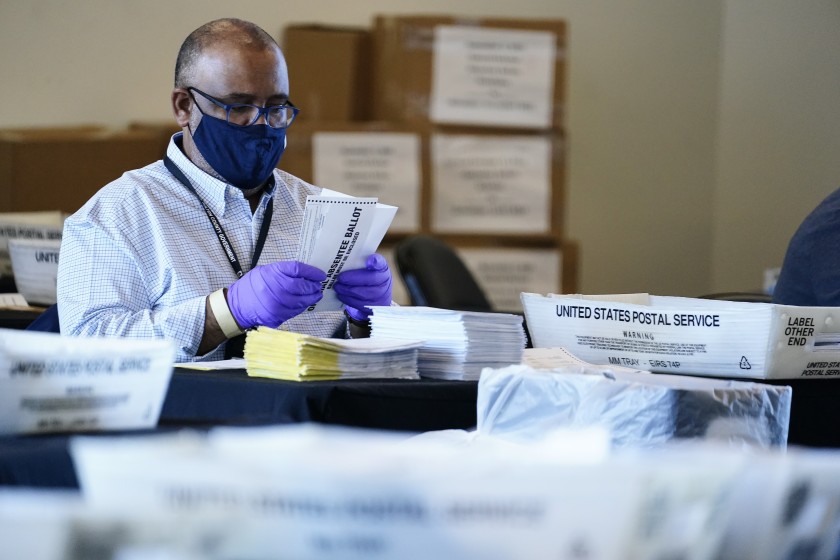 Wife Chrissy Teigen also reacted to the news by sharing a photo of their children in front of their television and captioned it: “Democracy restored, faith renewed.” On Twitter she wrote, “My god it feels like I just took off a weighted blanket, unhooked my bra and taken out my extensions all at once.” She also shared a video of herself and her husband dancing along to YG’s “FDT.”

YG also shared a meme reacting to the news that was edited to appear like the president-elect was playing the rapper’s song.

Some stars used Trump’s famous line from his reality competition series The Apprentice against him. Jordan Peele, Ava Duvernay and others simply tweeted: “You’re fired.”

Dear Coon Squad: Moving Forward We Don’t Want Y’all Music, Movies, Shoes, Or Nothing Y’all Associated With!!!! Y’all Chose A Side Now Stay There! See How Many Meetings He’ll Take With Y’all Now!!!!

I’m jumpin in the Jameson today

Other stars like Trey Songz and Lebron James kept it simple, sharing powerful images of Biden and Harris on Instagram.

History. A step in the right direction.

“The people have spoken! Thank you to everyone who used your vote and your voice to make history. PRESIDENT Joe Biden and VICE PRESIDENT Kamala Harris,” Kerry Washington tweeted.

The people have spoken! Thank you to everyone who used your vote and your voice to make history. PRESIDENT Joe Biden and VICE PRESIDENT Kamala Harris pic.twitter.com/EdWQc5rpYD

In case there is still any confusion as to how to pronounce Harris’ first name, the win just made it easier for some. Angela Rye shared the correct pronunciation but also gave people an alternative name to call the vice president elect: “Her name is COMMA-LA, but you can call her MADAME VICE PRESIDENT.”

Her name is COMMA-LA, but you can call her MADAME VICE PRESIDENT. ✊

While some stars reacted to the news with humor and comedy, others shared more thoughtful reactions filled with emotion. DuVernay shared a photo of the Exonerated Five as part of her celebration. “Imagine the person who took out full-page ads to call for your execution being voted in as President of the United States,” she tweeted. “Now imagine that person being fired in shame.”

Imagine the person who took out full-page ads to call for your execution being voted in as President of the United States.

Now, imagine that person being fired in shame.

Van Jones had a heartfelt reaction to the news while appearing on CNN, and got emotional talking about how Biden’s win makes it easier for him to be a parent, makes it easier for people of color to navigate living in the United States and for anyone who has suffered under the current president’s presidency.

Van Jones was emotional talking about Joe Biden becoming the next President of the United States pic.twitter.com/KaqhSR4sHG