Jackie Johnson was widely criticized for how she handled Arbery’s killing.

Jackie Johnson, the district attorney who was criticized for the way she handled the killing of Ahmaud Arbery, has been voted out of office.

According to The Hill, Johnson lost her bid for reelection to Keith Higgins by 5,000 votes. Higgins took to Facebook to thank his supporters and those who worked with his campaign. “I want to thank all the volunteers who gave their time and efforts to the campaign and the leaders across our communities who expressed their support for my candidacy,” he said in a statement. “I look forward to working with the community and building back the faith in our legal system.”

Back in February, Arbery, a Black man, was fatally shot by two white men — Gregory and Travis McMichael — as he jogged through a Georgia neighborhood. Previously, Gregory worked as an investigator in the DA’s office until he retired in 2019. Johnson did not report a conflict of interest in the case until three days after the shooting.

By the time she told Georgia Attorney General Chris Carr about the conflict, she had already passed the case to Waycross District Attorney George Barnhill — although state law requires replacements to be chosen by the attorney general. 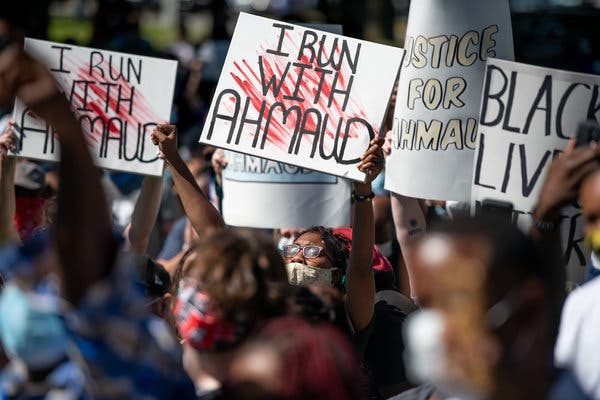 Over the summer, over 300 Georgia attorneys signed an open letter demanding that Johnson and Barnhill step down from their positions due to the way they mishandled Arbery’s case.

“There were a lot of issues in both the actions — in both Barnhill and Jackie Johnson — that we as attorneys needed to speak up and say something about it. And not only that, but the fact that George Barnhill wrote this letter prematurely exonerating the McMichaels and in that letter he offered factually incorrect and legally unsound information,” said attorney Chris Richardson. “What I wanted to say with 313 other attorneys across Georgia was enough was enough.”