NYPD will “freeze” parts of Manhattan if post-election unrest arises

Police have been stationed at every polling site in the city just in case violence and destruction occur after the election.

The NYPD is preparing themselves for any post-election unrest, Gothamist reported.

The police department plans to shut down parts of Manhattan in the event that riots and other disturbances erupt.

“We have contingency plans in place to freeze areas of Manhattan should wide-scale looting occur,” NYPD spokespeople told Gothamist. “These plans were developed out of an abundance of caution, and we do not believe we will have to implement them.”

Though it is not certain what areas will be closed or whether the city will even shut down, police are dispersed all throughout Manhattan and at every polling station just in case, according to Police Commissioner Dermot Shea. 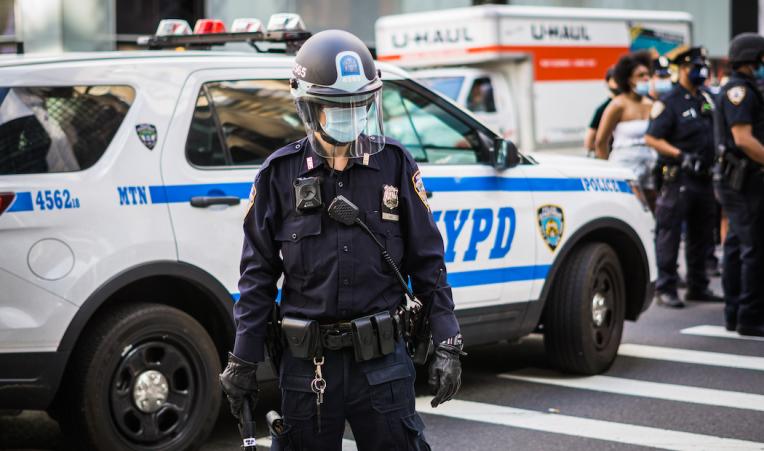 “[There are] certainly some unanswered questioned in terms of how long they’ll be working, but we’re prepared, we’re ready and we’re looking forward to it,” he told Spectrum NY1, adding, “Everyone should get out there and vote, and we’ll move forward from there.”

As of Tuesday afternoon (Nov. 3), Chief of Department Terence Monahan said the police department did not indicate any threats or potential unrest.

Several demonstrations have erupted in New York City over the last few months, especially in response to the news of various slain Black victims like George Floyd, Breonna Taylor and most recently, Walter Wallace Jr.

Over the weekend, however, protesters gathered in hopes to confront expected Trump caravans that never arrived. Police reportedly approached the anti-Trump demonstrators and asked them to disperse, but their attempts to break up the crowd resulted in violent clashes. The armed officers used their batons to beat protesters and eventually arrested 11 of them, including Black Lives Matter NY Co-founder Hawk Newsome.

Per Gothamist, major retailers in the city have boarded up their stores, and condo owners have beefed up their security in anticipation of rioting, looting and vandalism after the election.